Based on extensive primary research this study Offshore Wind Foundations: Technology Forecast to 2023 is the essential planning and strategy guide to developments within the fast growing offshore wind foundations market.

This major new study identifies and profiles the technologies expected to affect the sector to 2023. The report illustrates the technological trends and drivers, shaping the development of the sector and incorporates exclusive ten year market forecasts. 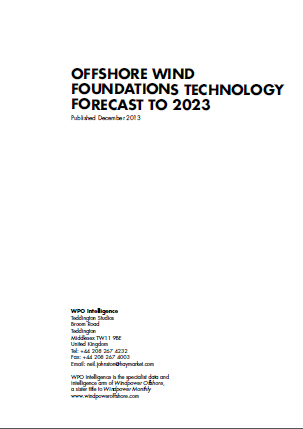 How will this intelligence benefit you 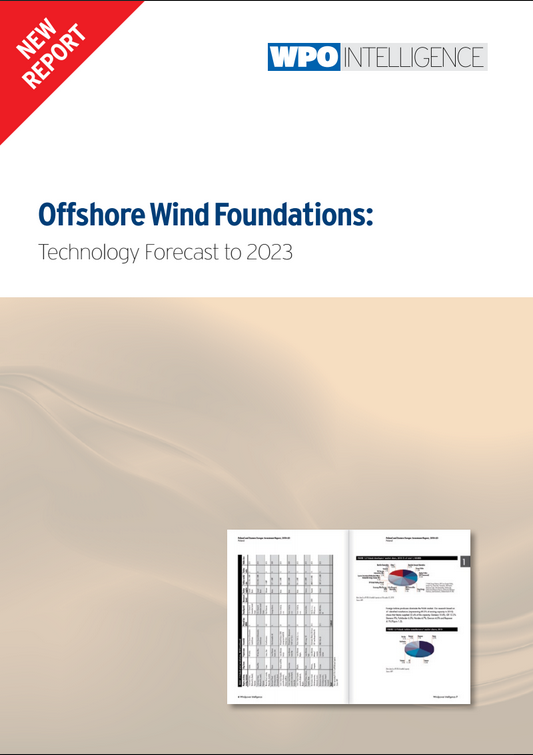 A critical decision for the developer of any offshore wind farm is what foundation to use beneath turbines, and that choice is not easy. A multitude of environmental and economic factors must be weighed. Once dominated by only a handful of suppliers, the foundation sector is now attracting new participants jockeying for position.

Nearly four-fifths of the global offshore wind resource is situated above waters deeper than 60 metres. The foundation technology commonly found in operating offshore plants, the monopile, is generally designed for maximum depths of 30 metres. Another dimension of offshore wind that companies must consider is distance from shore. The greater the distance, the further construction and maintenance crews must travel, increasing cost and constricting access windows. This report analyses the relationship between foundation technology types and project depth and distance in major offshore-wind markets.

Meantime, the emergence of designs for floating turbines is prompting intriguing questions about offshore wind farms going forward. Another key stakeholder in the offshore wind sector are the shipbuilding industry, which is rapidly adapting to demand for safe and efficient transport of crew and equipment to offshore sites. No less interested are municipal port authorities, which are aggressively vying for leadership.

The WPO Intelligence database of offshore wind farms was used to extract data for the graphics and tables in this report. We used a snapshot of the data that was taken on Friday, 15 November. Any foundation supply contracts information that we became aware of after that date will not be reflected in this report.

Data were only drawn from 'active' projects - those that were listed in the database as being either 'in progress' or 'online' (388 in total). We excluded projects that had either been inactive for a long time (classified as being 'dormant/on hold' in the database) or were recorded as having been cancelled by the relevant developer. Of the 388 active projects, WPO Intelligence holds foundation type information for 152.

Foundation demand forecasts were based on the assumption that the demand would materialise in the year preceding the year when the relevant offshore wind farm was estimated to come online according to data held in the WPO Intelligence database.
In order to forecast foundation demand in 2014-17, we applied the first criterion below. When unavailable, we applied the second - or the third if the second was missing:

To forecast foundation demand in 2018-23, we did not use pipeline data from WPO Intelligence as the time lag means the number of projects on the database would not produce realistic results. Our forecast was based on the following assumptions regarding project development in 2019-24:

Demand ranges were produced in line with the 11-13GW/year range used in the forecast of installed capacity.

To forecast market value, the capital expenditure associated with a foundation was assumed to be approximately €0.8 million per megawatt installed. This is in line with recent RenewableUK estimates.