Now subject to a 30-day public consultation to 16 December 2022, the draft WEAs cover roughly 6,900km2 (around 1.7 million acres), with their closest points ranging from approximately 19 to 77 nautical miles off the central Atlantic coast.

The eight draft WEAs represent a subset of the original 3.9 million acres of the call area the Department of the Interior announced in April as the US aims to reach 30GW of installed offshore wind capacity by 2030. 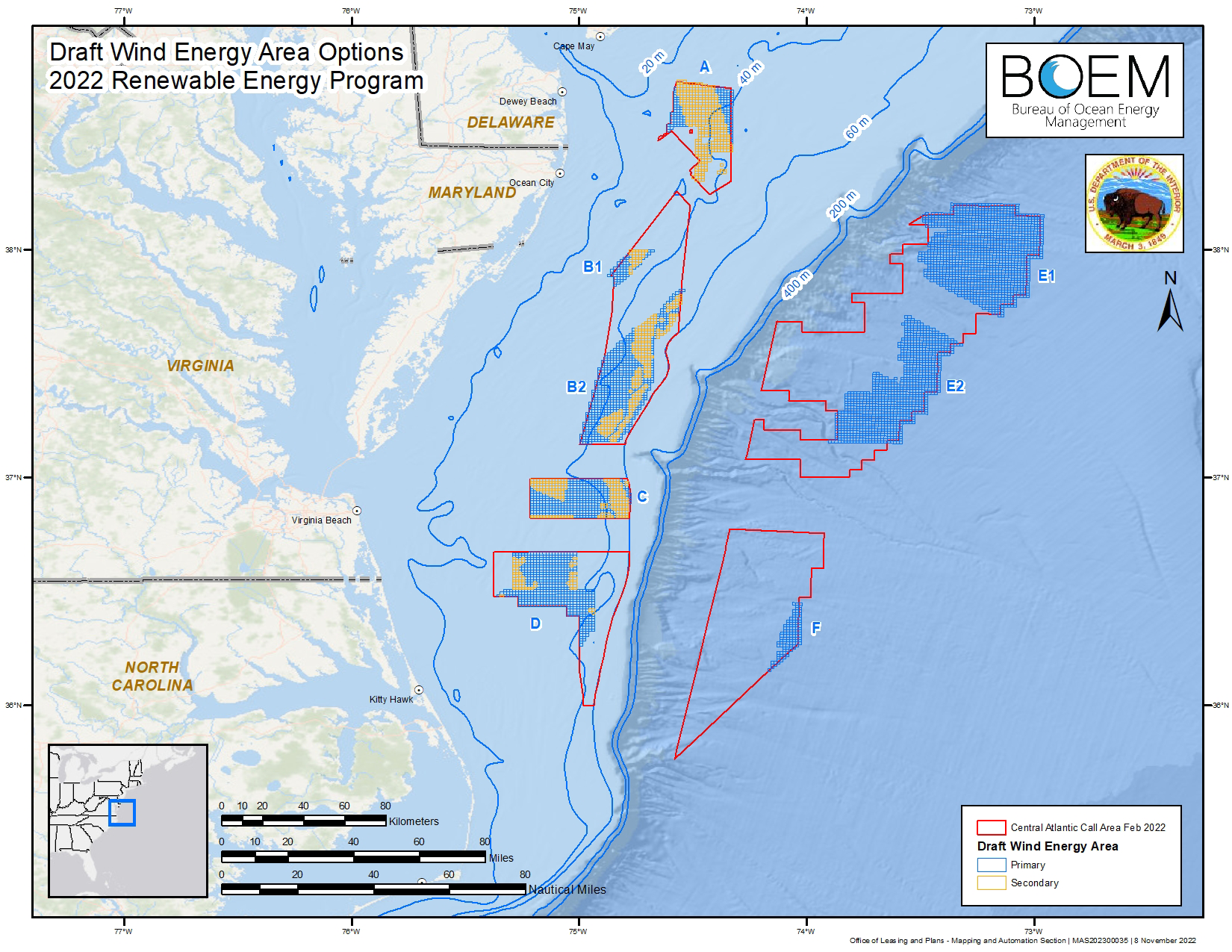 BOEM said it used a comprehensive process to identify the potential offshore locations that appear most suitable for renewable energy development, taking into consideration possible impacts to local resources and ocean users. It collaborated with the National Oceanic and Atmospheric Administration’s National Centers for Coastal Ocean Science to use an ocean planning model that seeks to minimise conflicts.

BOEM noted that the final WEAs could be further modified after feedback from government partners, ocean users and stakeholders. It is seeking comment on potential conflicts with the draft areas, including with a potential US Coast Guard (USCG) fairway for transiting vessels, commercial fishing, a NASA danger zone and marine habitat areas.

BOEM will further explore these areas, it said, with the defence department, USCG, NASA and other ocean users, such as the fishing industry, to collect additional information that should be considered before finalising the WEAs.

US maps out 8.3GW offshore wind in Gulf of Mexico