Inflationary cost pressures, slow permitting times and uncertainty around EU support schemes all contributed to a 36% drop in turbine orders during Q3, the trade association said.

WindEurope tracked new orders for wind turbines with a total capacity of 2GW during the three-month period.

The orders were exclusively for onshore turbines, from nine countries across Europe.

Finland led the way, with new orders for 322MW of capacity, while Sweden and Germany were in second and third place respectively.

According to WindEurope, total orders across the continent so far in 2022 amounted to 7.7GW. 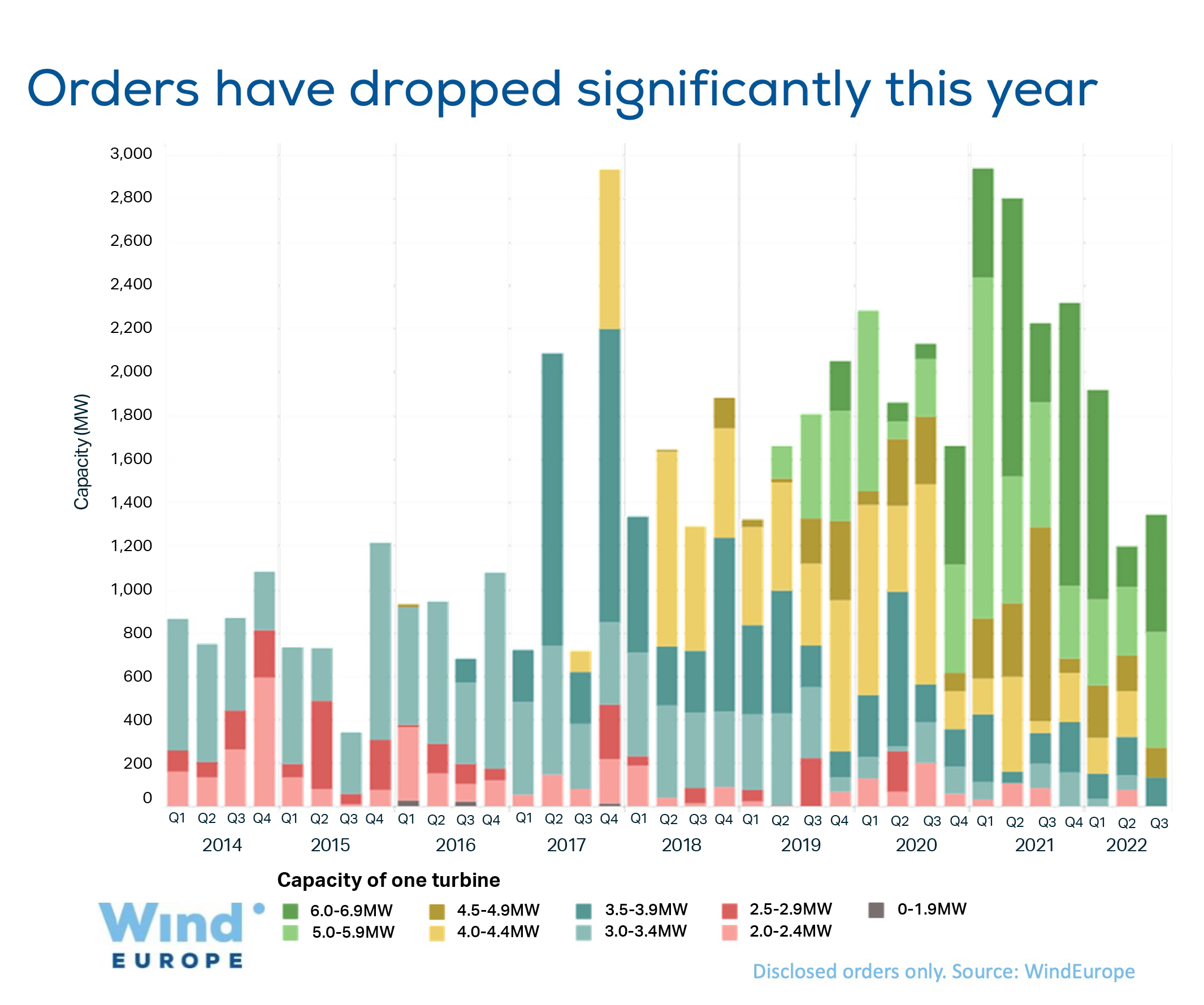 The EU wants 510 GW of wind energy by 2030. WindEurope said this figure is derived from a combination of higher targets agreed by the European Union and a frontloading of wind energy capacity from the RepowerEU policy response to the war in Ukraine, which will bring forward capacity that was due to come online in the 2030s.

The target figure means the wind industry should install 39GW of new wind capacity each year until 2030 to achieve it.

But the trade association warned that the EU was likely to fall “well short” of that target based on current orders.

The shortfall prompted WindEurope to call for a step change in EU policy to accelerate permitting, give investors in renewables visibility and strengthen the European wind supply chain.

In May, the EU unveiled its RepowerEU package which increased targets to produce 45% of the EU’s energy from renewables by 2030, up from the 40% previously proposed.

In a separate document released at the same time, the European Commission proposed that EU member states identify ‘go-to areas’ on land or sea which were suitable for renewable energy projects over the next two years.

Once identified, renewable installations could go ahead without further environmental assessments and permitting applications for large projects would be decided within one year, or six months for smaller and repowered projects.

At a meeting of the European Council a week ago, heads of state formally asked the European Commission to fast-track plans for the simplification of permitting.

Meanwhile, WindEurope published a letter which called for the European Commission to table an emergency regulation which would treat the installation of renewables as a matter of public interest and shorten permitting times to two years from when the application is submitted.