The workers, who are members of the IUE-CWA union, staged a demonstration outside GE’s factory in Schenectady, New York state, on Tuesday to air a range of grievances, including “outsourcing” jobs.

They also called for GE to guarantee their union rights when the company begins the process of splitting into three separate entities from next year. GE Renewable Energy and Power, incorporating the company’s current renewable energy, energy and digital divisions, is to be spun off in early 2024 as ‘Vernova’.

The union said people working at these factories were demanding that GE “stop offshoring and outsourcing jobs” and invest in rebuilding what was previously a “robust domestic, unionized manufacturing base”. 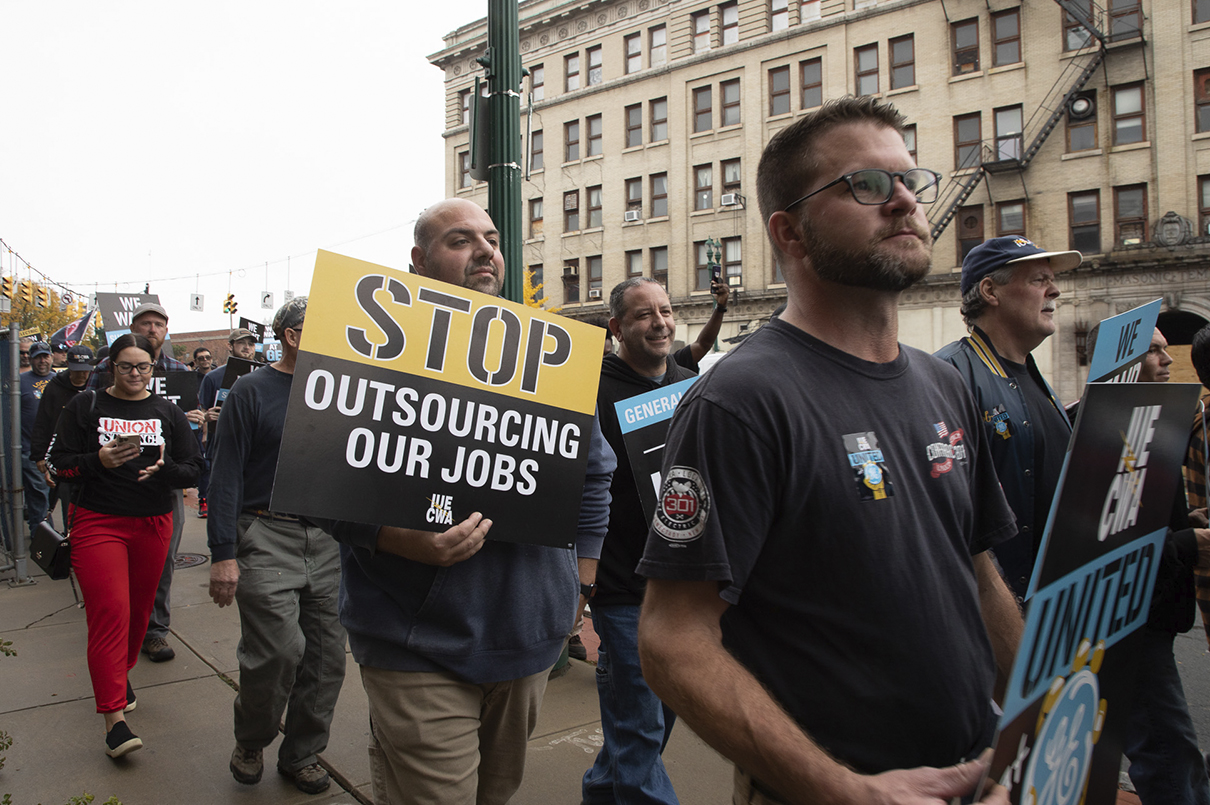 The union argued that this would not only fix supply chain issues but also seize on the opportunities offered by President Biden’s “massive public subsidies to domestic wind energy manufacturing”.

In August, the Biden administration signed the wind-boosting Inflation Reduction Act into law. The Act, worth an estimated $369 billion in funding for climate change and clean energy initiatives, will extend both production tax credits (PTCs) for wind and investment tax credits (ITCs) - often used by offshore wind projects - by a decade.

Carl Kennebrew, IUE-CWA national president, said: “GE must stop taking orders from Wall Street and start investing in the American workers who built this company in the first place. Regardless of whether GE is one company or three, we are demanding it put the industrial future of America first.”

Kennebrew added: “GE must invest $5 billion over the next five years in American manufacturing and build offshore wind in states like New York and Massachusetts where skilled union workers are ready to power the green economy of the future.”

The protest comes as GE this week announced a loss of $934 million for its renewable energy division in the third quarter of 2022 and projected full-year losses of around $2 billion for 2022.

The company also announced a restructuring programme across the new Vernova business, which it expects to deliver annual savings of $500 million, improve quality and reduce costs.

Larry Culp Jr, GE’s chief executive, confirmed that global onshore wind jobs would be cut by “around 20%” over the next few years.

The company told Windpower Monthly it had a “long history” of working with unions, with around 5,500 unionised employees, but that they accounted for “roughly 10%” of its 55,000-strong US workforce.

In a statement, a GE spokesperson added: “As one of America’s oldest and most innovative companies, GE believes in the importance of American manufacturing.”

GE said it had added 50 manufacturing jobs at its Schenectady factory during 2022 and that it was continuing to recruit for a further 25 jobs by the end of the year.

The spokesperson continued: “We continue to invest in our facilities across the country where we can – having invested over $1 billion in new and upgraded facilities in the last six years, which included upgrades at many of our existing union sites.”