Driven by growth in off-grid green hydrogen projects, offshore wind activity will correspond to a 15.4% compound annual growth rate starting from 2032, when the first projects are expected to come online in the region, the report says. 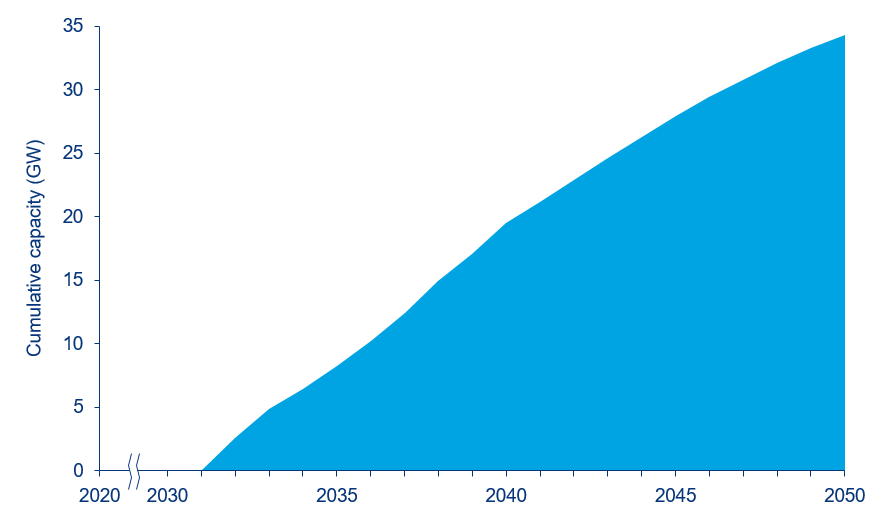 “Both countries have an increasing number of planned projects, and this year’s announced pipeline growth in Latin America already represents a 34% share of global new project announcements, as of Q3 2022.”

The firm forecasts that Brazil will capture close to 6% of the world’s total green hydrogen supply to 2050, with the market gaining scale after 2030. Only 20% of the green hydrogen installations in the country will be grid-connected, with the majority being off-grid projects partly supported by offshore wind, alongside other renewables.

“There is still much work to be done on the regulatory front and many challenges remain to make this a reality,” Prado said. “Despite all these challenges, there is an opportunity for the industry to take off. If regulation and infrastructure investments accelerate, combined with the fledgling green hydrogen industry, future offshore wind capacity could exceed expectations in the region.”