The challenge is agreeing where standardisation can achieve these objectives without impeding innovation or the development of markets. Windpower Monthly, in partnership with gearbox manufacturer ZF Wind Power, gathered together leading figures at WindEnergy Hamburg to debate this most urgent of issues. 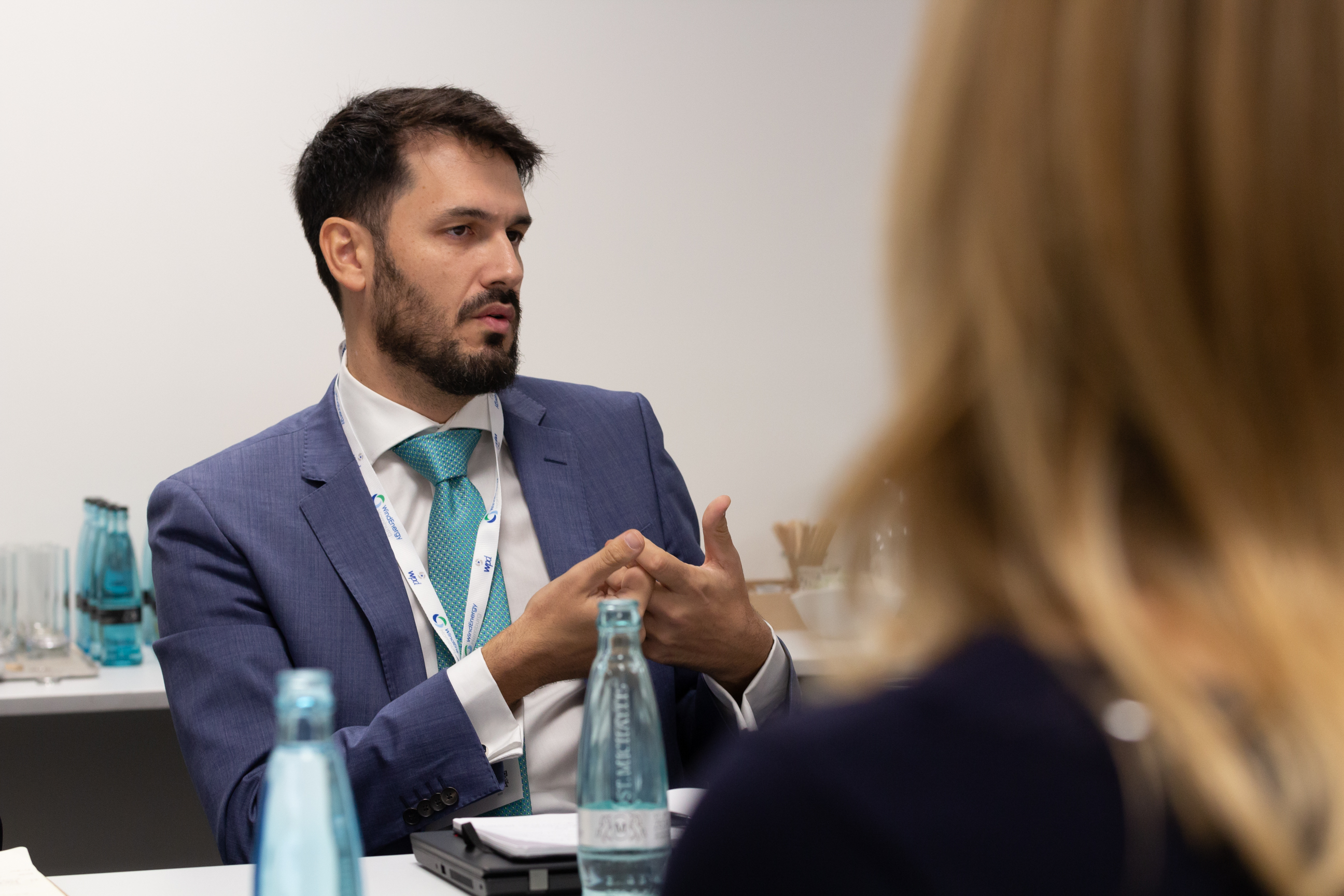 Tension exists between pursuing too much standardisation and not enough. Generally the group agreed that more standardisation is needed across the wind industry, with Siemens Gamesa’s Daniel Roman (pictured, Modularisation Head) saying the key point of standardisation should be to “reduce complexity”.

Brinckmann Group’s Shashi Barla (Director/Head of Research of Renewable Energy) and GE’s Chris Spruce (Executive & Chief Engineer) agree that as turbines are made from some 8000 individual components and parts, scope for further standardisation clearly exists, especially of simpler parts, as this can help the supply chain to deliver economies of scale.

However, as Barla points out, there are limits to technological standardisation because it could hinder differentiation and “every OEM wants to have a unique offering”.

Spruce refers to the Advanced Product Quality Planning Group for Wind (APQP4Wind), which includes Vestas, Siemens Gamesa and GE, and which recently issued a collectively developed standard set of requirements for fasteners. “That’s a simple area to standardise and an area where you don’t have high levels of innovation. In those ‘base components’ areas, an OEM can pursue more standardisation from their suppliers.”

APQP4Wind is adapted from the automotive industry. “We need to follow the direction that automotive has done while still retaining the ability to innovate,” Spruce adds.

ZF’s Bert Verdyck (Head of Product Portfolio) says another area that would benefit from standardisation is interfaces. “You can standardise these without blocking the innovative ideas behind the interfaces. We have achieved the first step of standardisation with platforms, which are the building blocks, but the challenge is that the interfaces are slightly different.” says Verdyck.

“We have pan-industry bodies like IEC, ISO committees and APQP4Wind, with frameworks for things like power curves. But the next step is physical interfaces. We need to commit personnel to this,” says Spruce.

In the context of major components, like gearboxes and drivetrains, Roman thinks that multiple iterations of platforms can hinder the potential to benefit from more standardised products. Simplification would help OEMs place larger volumes of orders, and enable suppliers to make decisions to invest in growing capacity or automating more aspects of production. Verdyck says the SHIFT gearbox was developed to be a more flexible platform.

Roman says having OEMs and stakeholders sit down with suppliers would mean platforms could coalesce around a set of requirements. “If we can do this we will achieve lower LCoE and the competition will be between the ones who embrace standardisation and the ones who do not. They would not be able to compete.”

The local challenge
From a market perspective, the challenges centred on local content requirements enacted in wind markets by policymakers. “We can only suggest what is good for the industry, but it is the discretion of regulators how far they want to impose local content requirements. The objective is local job creation, but it shouldn’t be acting against the economics of the industry,” says Barla. He said it is happening in many emerging, or new, offshore wind jurisdictions, in the Americas, in Asia Pacific and in Europe. 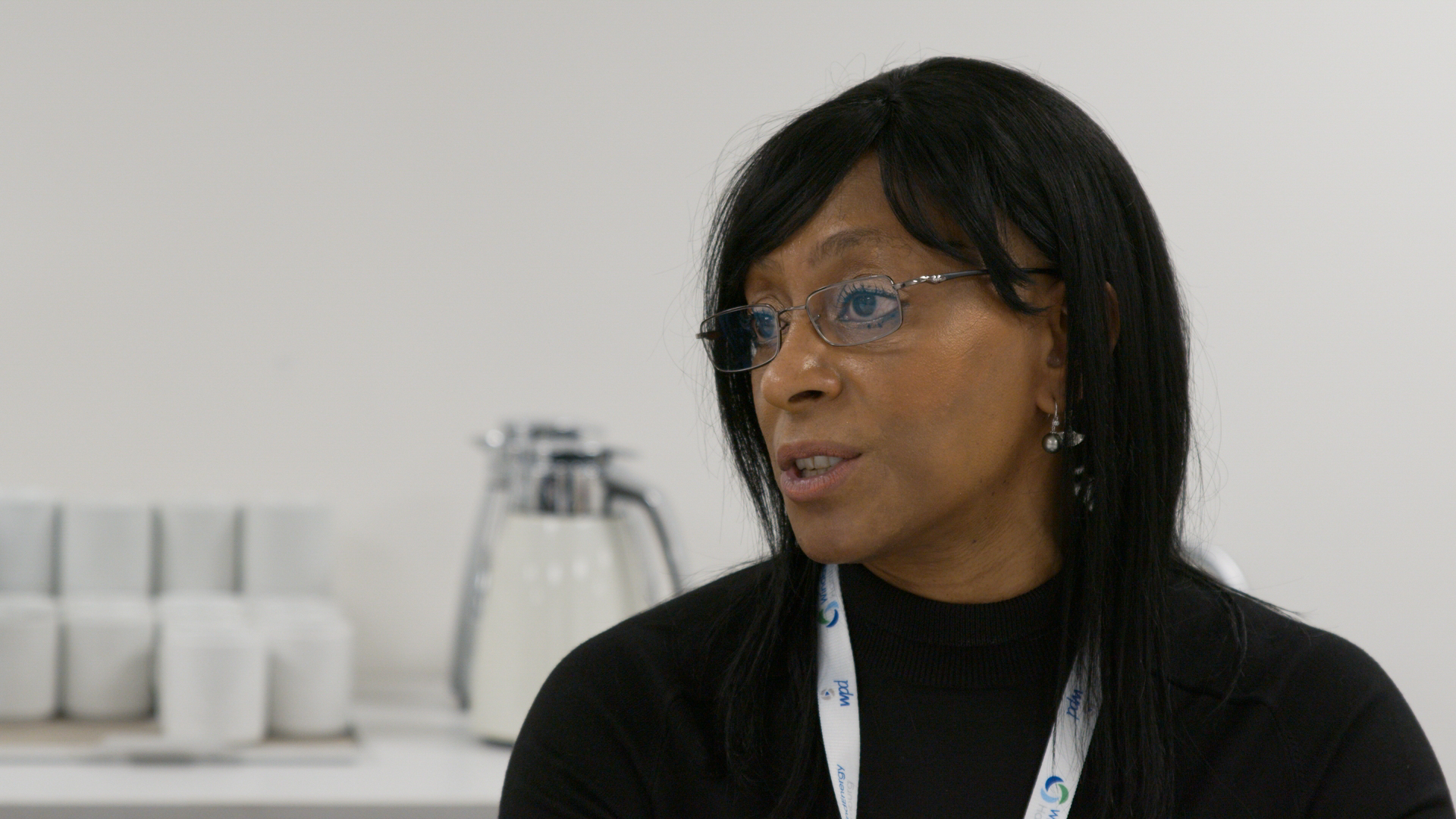 According to Northland Power’s Jacqueline Robertson (Senior Category Manager for BoP, pictured), strict local content rules in the offshore wind industry have been gradually amended as governments have sought to ensure targets are not jeopardised. "There have been instances where local suppliers have teamed with international suppliers in partnerships or joint ventures (JVs), which meet local content requirements backed up by an international company. We’re seeing it a lot more, for example, with the design of offshore wind farm components – the substations, the foundations, the cables – all have high local content and so local companies are teaming up with international partners to combine experience.”

Gunnar Birkeland (CEO), from Source Energie Norge, thinks it would be better if local content requirements were enacted over time. “Supply chain cooperation is essential, and our strategy is bilateral cooperation between supply chains.”

Project tunnel vision
Another factor that can work against standardisation is the industry’s tendency to operate on a project level. “Developers, project certification providers, the OEM’s engineering teams – they are all focused on the specific project which can blinker them too much. Even the placement of labels and positioning of fire extinguishers are project-specific,” says Will Sheard (pictured, Director of Analysis & Due Diligence) at K2 Management. If the industry can broaden its view beyond projects and increase the volume of standardised products it would improve the situation, he says. 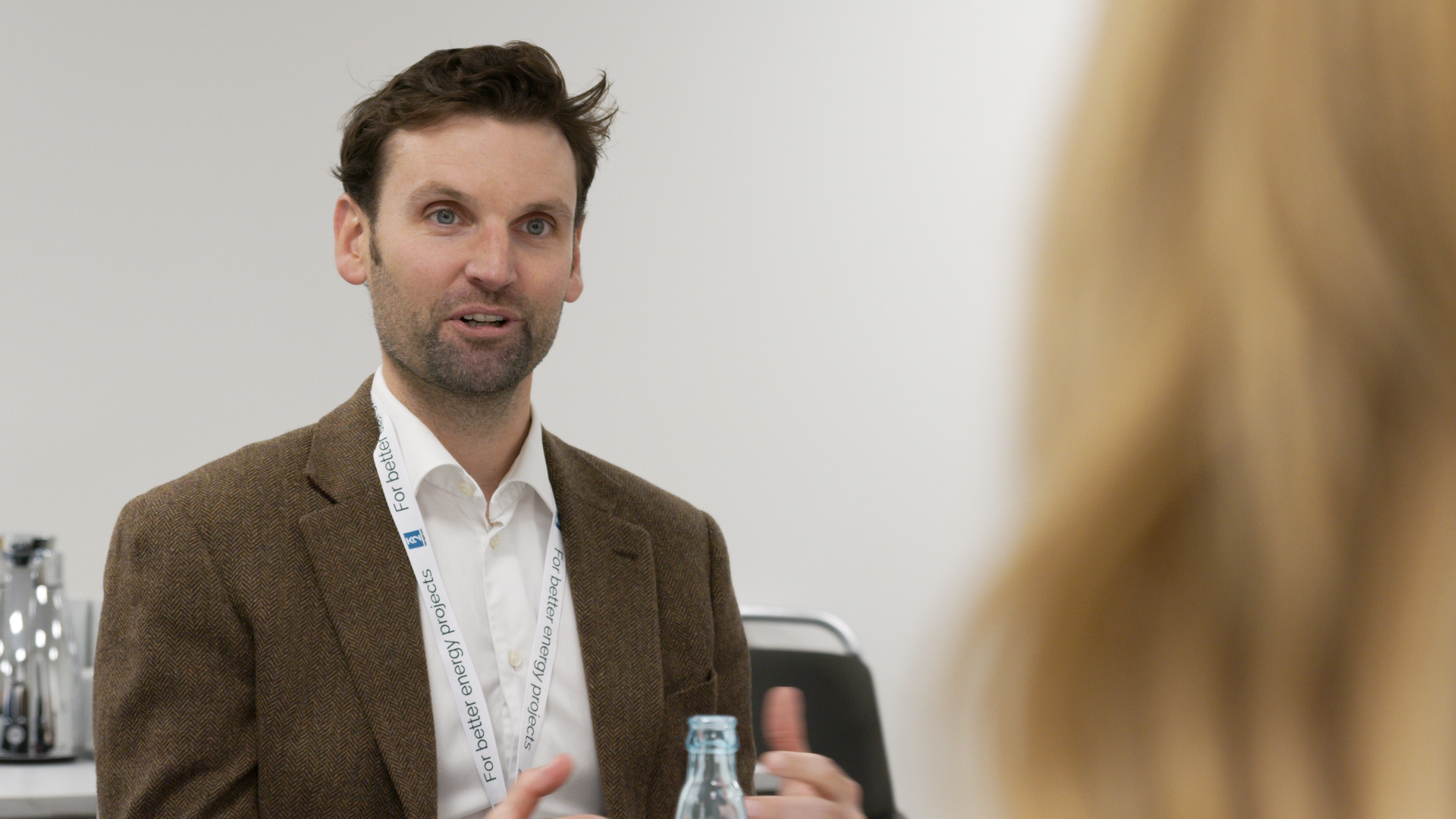 Natural Power’s Keith Burns (Commercial Director) added that even within developers there are different teams of stakeholders, such as engineering teams and operations teams, each with differing requirements. “When you start making changes to turbines away from the standard it can get expensive. It would be better to agree to a set of requirements for modifications across employers that need to happen to optimise for a particular site, then it would take a lot of cost out of the whole system,” he says.

When to begin standardising in floating wind
There is significant opportunity to standardise in floating wind, which is less mature in terms of installed operational capacity, compared with fixed-bottom offshore. But it seems to be a question of timing. Standardising too early could impede innovation. Based on his previous experience as a cable designer and in oil and gas, Birkeland thinks standardisation is important, because floating wind is influenced by an O&G mindset, where the culture is to do each project from scratch.

“It is good to see that EPCIs working on floating wind projects are already looking at where there can be more standardisation of components. It should start at the design phase in that these components that have to be mass produced need to be standardised,” he says.

Spruce and Barla say that because floating wind is at an early stage of deployment it needs a broad base of suppliers and opportunities for innovation should be prioritised over standardising, but that getting the balance is tricky. Barla adds: “Standards should lower complexity and cost and allow for economies of scale but in the initial stages we need to foster that innovation.”

He says there is still plenty of scope for more standardisation to occur in the more mature onshore wind and fixed-bottom offshore wind industries.

Fostering collaboration and next steps
Burns suggests the wind industry could look at the aerospace industry, which is both highly competitive but also highly consolidated, supplied by three major jet engine makers. “One led in design and now there is enough volume for the other two to join in and they will work together where required. Looking to the future for wind, you really only need two OEMs for good competition. The jet engine industry is hugely competitive, but you do also see them work together.”

Given the challenges facing the industry – specifically turbine OEMs in western markets – Roman says there are signs of the industry heading into a more collaborative phase, referring to Vestas’ announcement that it plans to outsource more. Robertson, however, disagrees in terms of optimisation and standardisation among the major OEMs. “I do not think there is a lot of collaboration at this moment in time.”

She acknowledges that needs of different types of developers, such as those of a project finance developer, like Northland, versus a balance sheet developer, like Vattenfall or Orsted, can work against further standardisation.

Spruce would like to see more developers following the lead of Vattenfall and Orsted, which have joined APQP4Wind.

Who should drive standardisation going forward?

Barla believes that OEMs should be the drivers of standardisation because they straddle the downstream side, comprising thousands of developers, operators and asset owners/managers, as well as the upstream side, consisting of several hundred component and parts suppliers.

“OEMs address the demands of the downstream segment while partnering with the upstream. So they should be the anchor stakeholders for standardisation,” he says.

It differs in offshore wind because the downstream side of pure play developers is expanding. The projects of O&G majors, like Shell and BP, are much bigger, with the upstream segment expanded in terms of balance of plant (BoP), cables and foundations. So, standardisation requires collective effort by OEMs and the downstream sector, says Barla.

Others, however, felt that developers seem to be the natural drivers of standardisation as they are the customers of OEMs and their requirements influence the development of turbines. According to Burns, if it is all led by the OEMs then in a highly competitive environment the temptation to customise and optimise is strong, which would take the industry away from the wider benefit that standardising can bring (of reducing complexity and lowering costs).

Spruce thinks there needs to be a change in mindset away from OEMs aiming to please the developers and suppliers trying to please the OEMs, to get to a catalogue of products. Burns says each player in the supply chain has a responsibility not to push unnecessarily demanding specifications on the next supply chain link. “I’d prefer it if developers did not lay requirements down that are going away from standard product, whether onshore or offshore.”

“Similarly design engineers at OEMs have a responsibility not to do that on the next level down but if you’re one of a thousand design engineers at an OEM you don’t necessarily have that big picture about standardisation so there’s an educational task that needs to be done internally as well,” Burns adds.

That “big picture” approach could be a cross-industry agreement on the fundamental requirements as a starting point, says Sheard. 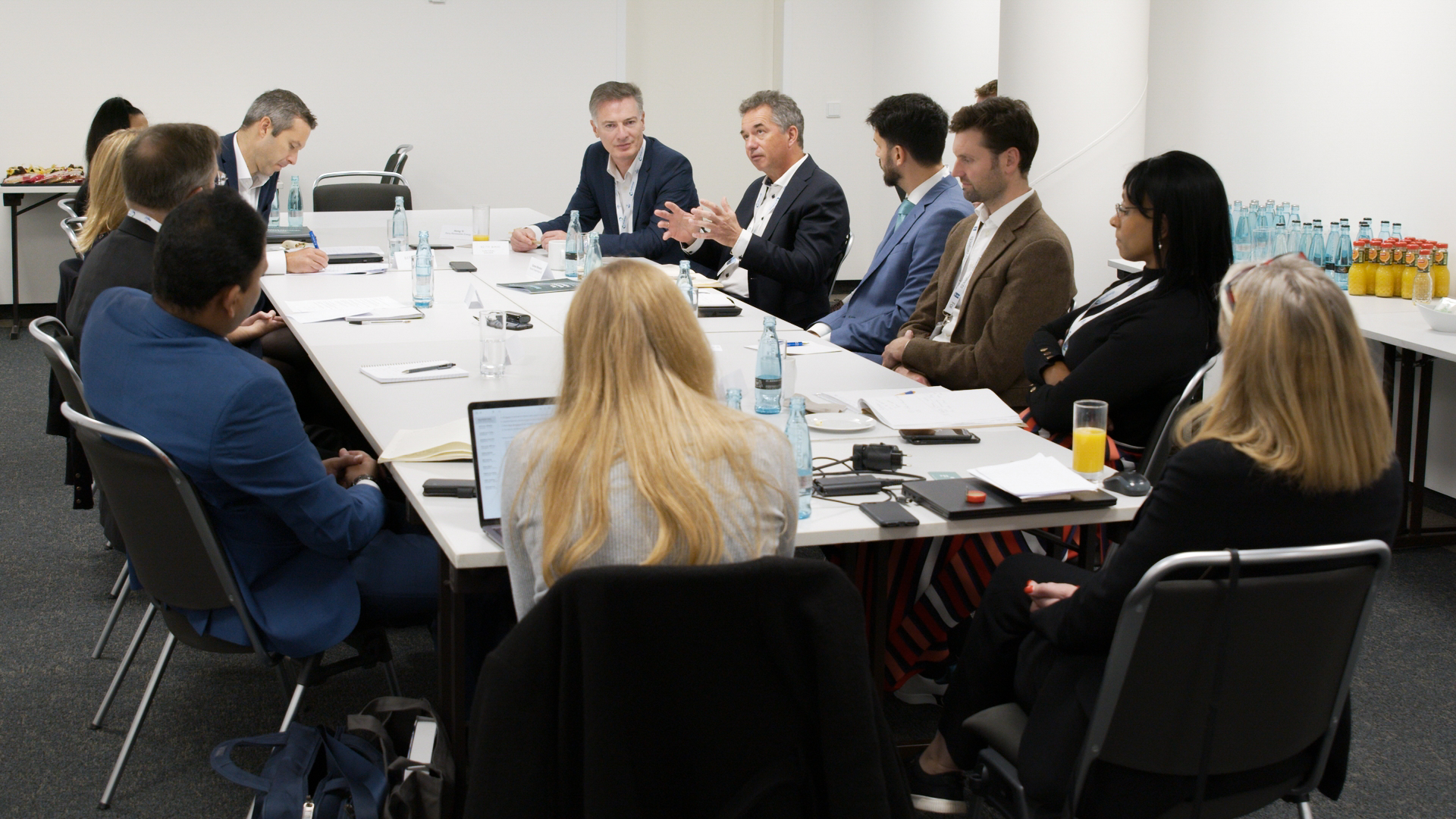 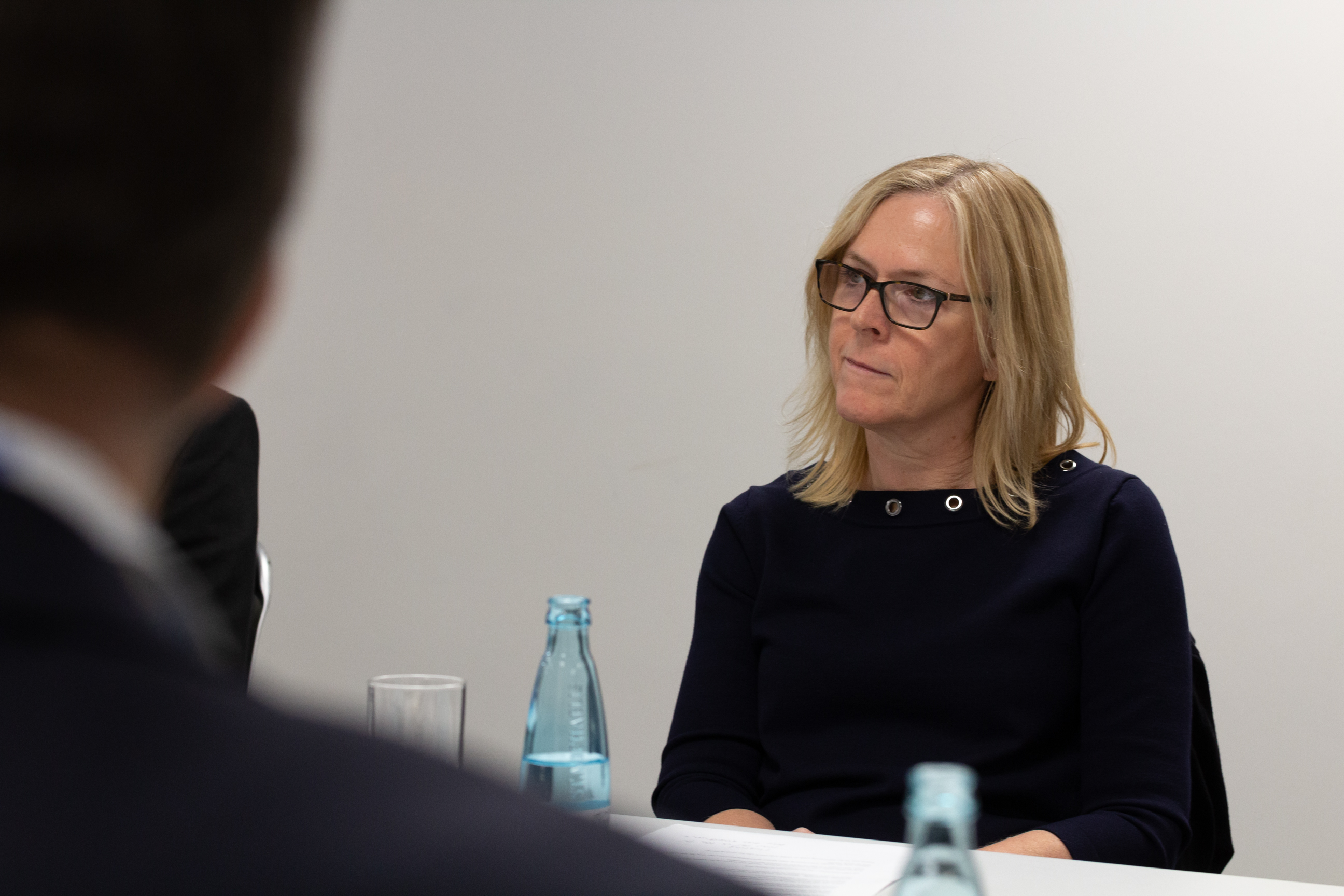