UK-based companies Innvotek and Mapair said they had successfully trialled a drone system to inspect composite structures such as wind turbine blades for defects.

The Firefly Inspect can hover above blades and test for defects using a 1kW heat lamp — which the developers claim is the most powerful heat source ever to be fitted to a drone. 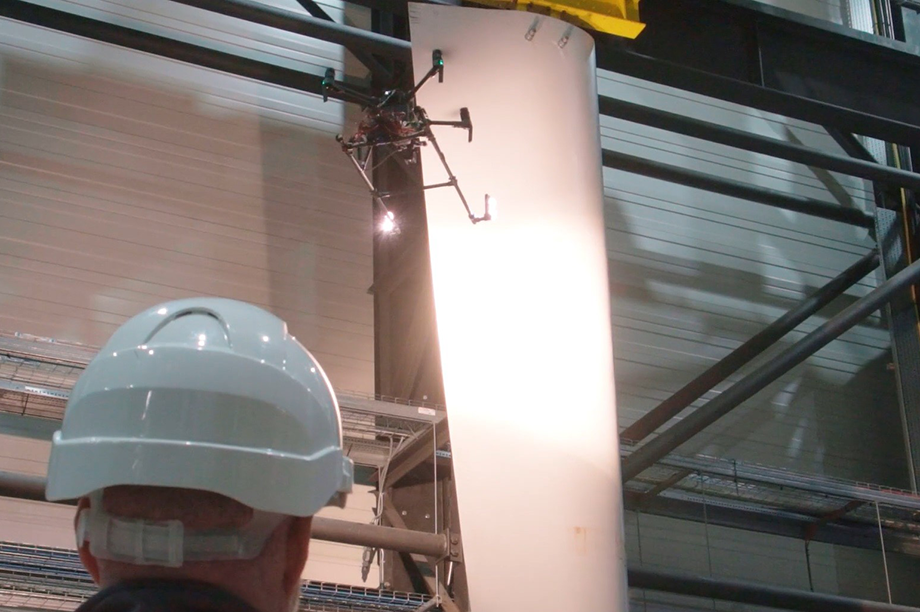 The Firefly’s “active thermography module” captured variations in the surface temperature of the blades when they were heated that revealed hidden imperfections that were invisible to the eye.

Innvotek is working on trials over the coming months that could allow the drone to be used autonomously, without its operator being required to travel to the wind farm.

The concept for the specialist drone was originally designed for inspecting the wings of aircraft in hangars, but after collaborating with UK research and development hub ORE Catapult, it was adapted for wind turbines, both onshore and offshore.

Turbine blades are typically made from lightweight composites that can erode or become pitted over time due to exposure to extreme weather.

Drones that can detect structural defects and locate them using artificial intelligence offer a safer and more accurate means of inspection, according to the developers.

This will allow operators to make informed decisions and extend the service life of components, they added.

The drone uses ‘motion capture technology’ for navigation, avoiding the need to use GPS which can be subject to interference at sea.

Andrew Macdonald, offshore wind development and operations director at ORE Catapult, said: “Offshore wind is set on a course of rapid expansion across the world. The sheer scale of operations, the supersizing of turbines and their deployment ever further from shore — all these factors make human-led inspections more fraught, risky and costly.

He added: “UK developers like Innvotek are gaining the first-mover advantage in creating the robotic and digitalised solutions of the future.”