RWE is targeting further Taiwanese offshore wind development with a local partner as the country plans to auction 9GW of capacity over the next three years.

They are already working together to develop the up to 448MW Chu Feng Chu Feng (448MW) Offshoreoff Hsinchu City, Taiwan, Asia-Pacific Click to see full details offshore wind farm off the coast of Hsinchu City. 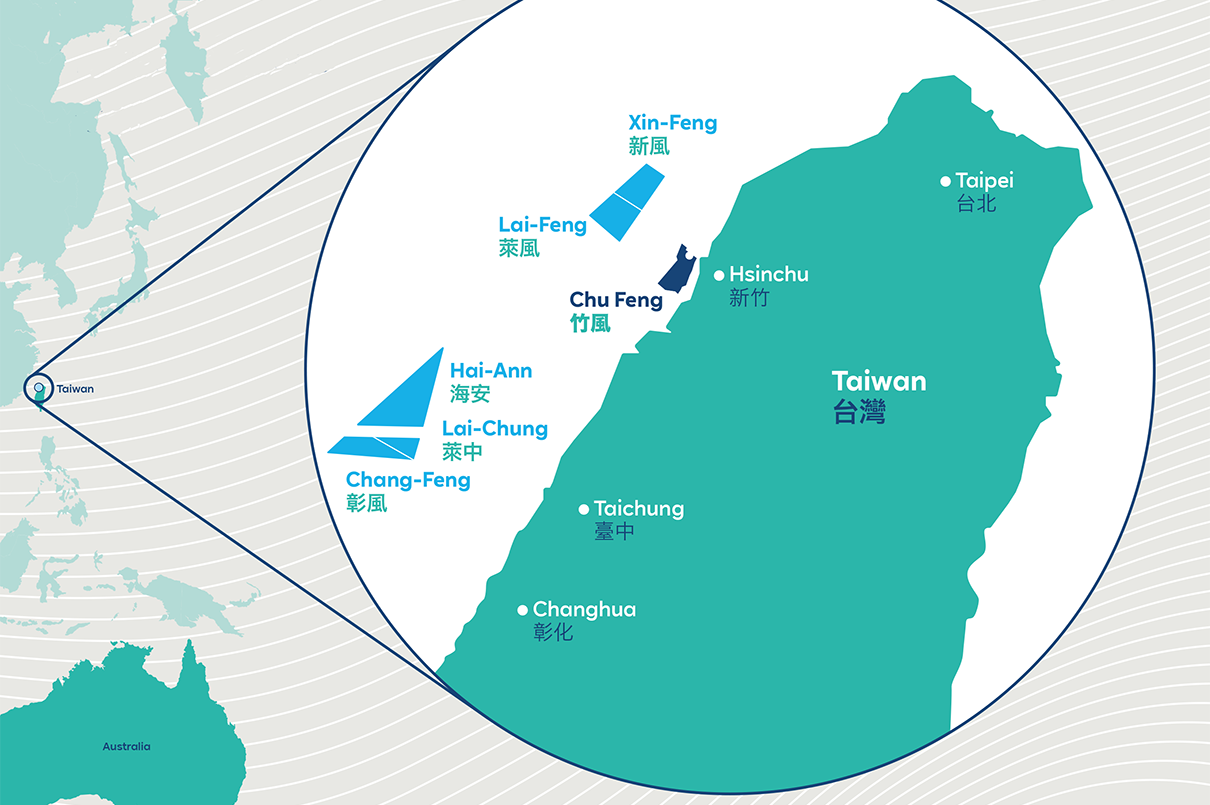 The partners are now eyeing five sites off Hsinchu, Taichung and Changhua counties in the Taiwan Strait (see map above), including some sites in deep waters that would necessitate floating platforms being used instead of fixed-bottom foundations.

It is unclear which of the sites would use floating platforms and which would use fixed-bottom foundations. It is also unclear whether the partners would each take a 50% stake in each project.

RWE started preparing for offshore wind development in Taiwan, and the wider Asia-Pacific region, by opening an office in the capital city of Taipei in 2018.

The Bureau of Energy (BOE) — part of Taiwan’s economic affairs ministry — aims to award 9GW of offshore wind capacity over three rounds held annually from 2022, with 3GW available in each.

It is also due to auction a further 6GW of offshore wind capacity to be commissioned between 2032 and 2035, but has not revealed details of how this capacity will be divided yet.