Rotor blades are one of the most expensive components of wind turbines to maintain for owners of the plants. Unlike the drivetrain, gearbox and bearings protected within the nacelle, blades are exposed to the elements, every day of the year for the turbine’s entire operational lifetime. Different technologies and approaches exist to help detect signs of damage on blades, but they require personnel on-site, whether to operate drones to record images, or carry out tap tests and probing or non-contact inspection techniques like thermography.

According to energy market analyst Wood Mackenzie the favoured turbine blade maintenance approach is to repair damage reactivley, and consequentially blade repair and replacement forms a significant chunk of operations and maintenance (O&M) costs. Typically, repairs are carried out following an annual inspection of the rotor blades, undertaken through visual methods, including drones, ground based cameras and rope access.

While this reactive approach may be sufficient when damage occurs slowly, most unscheduled expensive blade corrective actions are due to a “sudden and accelerated deterioration of known minor defects or rapid propagating new damages”, such as from a lightning strike in the latter case. Late detection can result in expensive major repairs and blade replacements, impacting revenue during the time that the turbine is out of action.

Preventive maintenance-enabling technologies are becoming more widely used in the wind turbine industry to predict and reduce the risk of failures in components such as bearings and gearboxes. As yet, there has been no equivalent approach to monitor the surface health of wind turbine blades. Unlike other condition monitoring systems for blades, which tend to focus on the structure of these components, Ping’s system focuses on the blade surface or “skin”.

In response to this need Australia-based entrepreneurs Matthew Stead and Jon Cooper combined their experience in acoustics and technology to create a user-friendly system that continuously monitors the integrity of the blade surface at individual turbine level, “opening the door to predictive maintenance of blades and significant blade O&M cost reduction” (Wood Mackenzie).

The system, comprising a self-powering and self-communicating piece of hardware that is simply fixed to the base of the turbine and an easy-to-use software app, detects changes in wind turbine blade damage levels, based on their acoustic signatures during operation.

Wind farm operators tasked with carrying out operations and maintenance (O&M) can achieve a 25% reduction in blade repair cost, while reducing need for blade replacement by 30%.

Operators can also achieve O&M savings by optimising spending on drones and other inspection methods, by using Ping Monitor, this is achieved by focusing inspections on the wind turnbines that need it.

Ping has already achieved initial results with early adopters of its technology. These include an operator in North America, which was able to detect damage on one of its turbines fitted with Ping Monitor, following a lightning strike, which could have been catastrophic with complete tower failure (at over $7m loss).

In other applications, Ping Monitor has enabled wind farm operators to detect a pitch-bearing fault due to a change in noise signature and indicate the rate of damage over time from leading-edge erosion, enabling the operator to plan repairs to avoid damage worsening over time.

In established wind markets, such as parts of North America and Europe, ageing turbines make up a larger proportion of the installed turbine base. For older turbines, O&M expenditure goes up due to increased frequency of inspections as well as the accumulation of damage through wear-and-tear over time.

Ping Monitor is an ideal solution to reduce blade O&M cost for out-of-warranty wind turbines with medium to high blade failure rates. Wood Mackenzie has calculated that for a “typical” 100MW wind farm, this benefit could range from $31,850 to $121,000 annually based on the health level of the turbine blades.

As well as working directly with wind farm owners which are performing their own O&M on turbine fleets, Ping Monitor has begun working with third-party/independent providers of wind farm asset management.

Wind turbine predictive maintenance and analytics provider ONYX initially focused on drivetrain monitoring before expanding its capabilities to provide a holistic view of turbine health and performance, including pitch bearings, as well provision of daily condition monitoring for blades enabled by Ping Monitor.

The company, which monitors customers’ turbines, consisting of various makes and models, in more than 20 countries, is integrating Ping Monitor into its broad predictive maintenance offering for turbines.

As well as being very straightforward and easy to deploy, Ping’s technology is a cost-effective daily monitoring solution that provides early detection of blade damages, cutting O&M costs, according to ONYX. “We view Ping as a promising technology that could fit into a customer’s comprehensive blade health monitoring solution,” says Zach Drawbaugh, business development manager, at ONYX.

Ping is already servicing over 450 turbines with daily blade condition reports. Ping is now also detecting ice build-up by using sound which changes when blades are iced. This has been demonstrated at Nergica and shown to provide early warning of ice build-up.

Ice detection is a key issue for operators in fringe areas and Ping is releasing an option to detect early ice build-up which allows operators to make informed decisions in their ice mitigation strategies. Ping is looking for early adopters for this technology, which Anders Ropke, CEO and co-founder of Wind Power Lab, says, “is plug and play and addresses ice issues”. 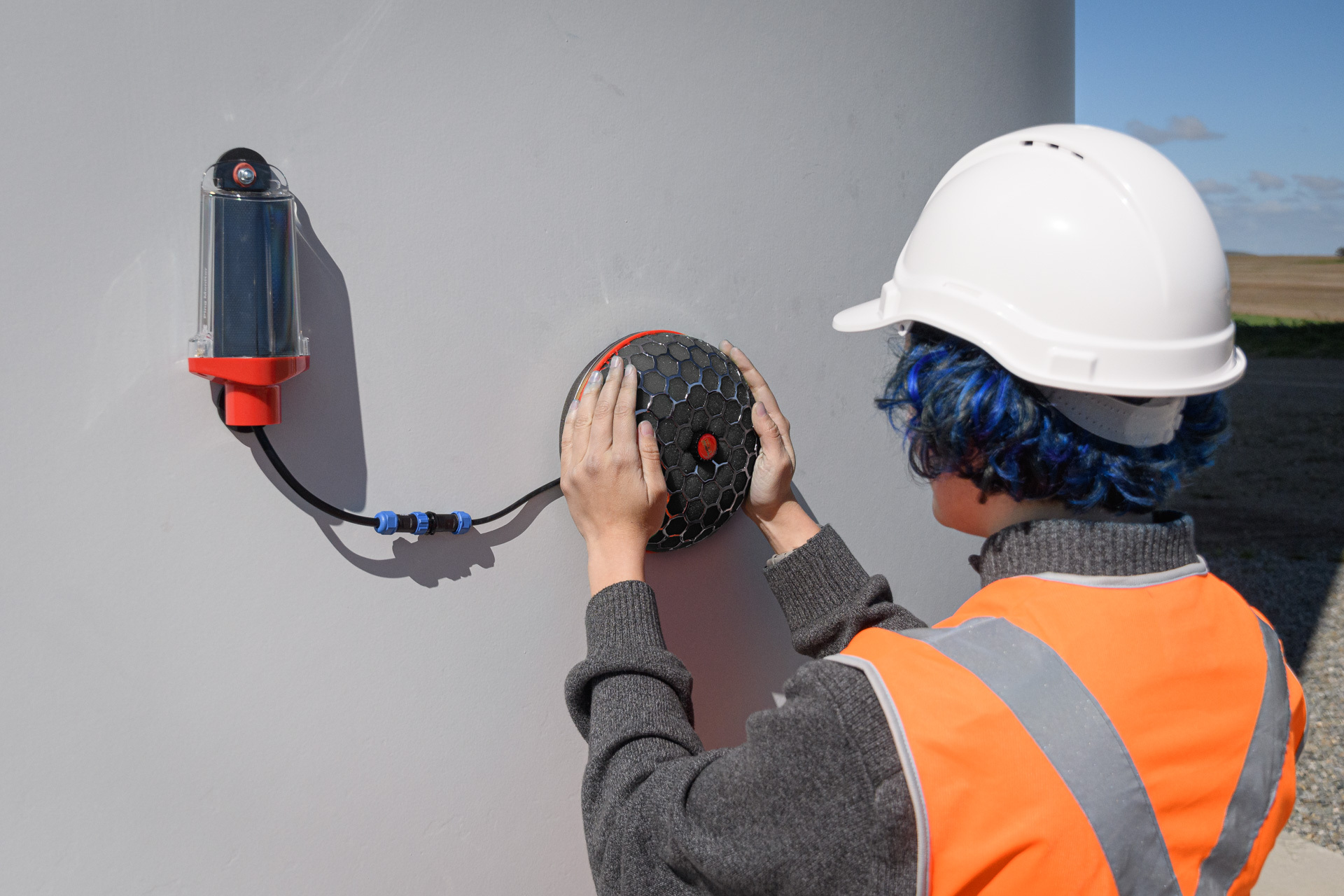