Global jobs in the wind power sector rose slightly to 1.25 million in 2020, up from 1.17 million in 2019, despite the Covid-19 pandemic, says the International Renewable Energy Agency (Irena) in its latest renewables employment annual review. This means there has been a two-thirds rise in wind power jobs since Irena’s first jobs report in 2012, when employment in the sector totalled 0.75 million, out of 7.3 million total renewables jobs. 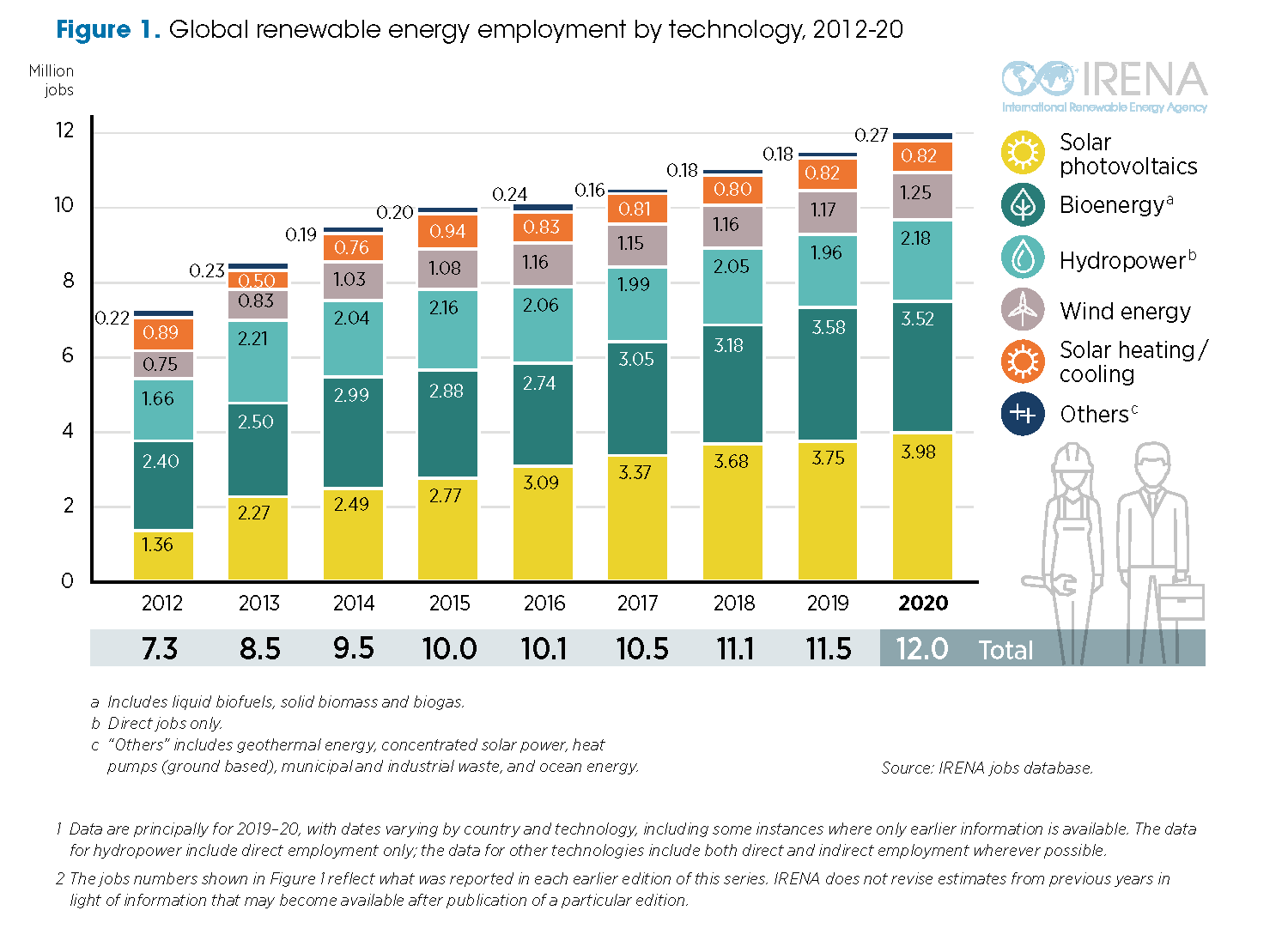 While women account for 32% of the global renewables workforce overall, the wind power sector lags behind at 21% — on a par with the oil and gas sector, according to Irena.

Wind power employment reflects the fact that a few countries dominate the market. China accounts for nearly half (44%) of the 1.25 million total wind power jobs, with around 550,000 jobs, followed by the US with just over 100,000 jobs, Germany has about 90,000 and the UK follows with around 50,000. India, Brazil, Denmark, Spain, Mexico and the Netherlands complete the list of the top ten wind-power employers. Together, the top ten account for 80% of global wind power jobs. 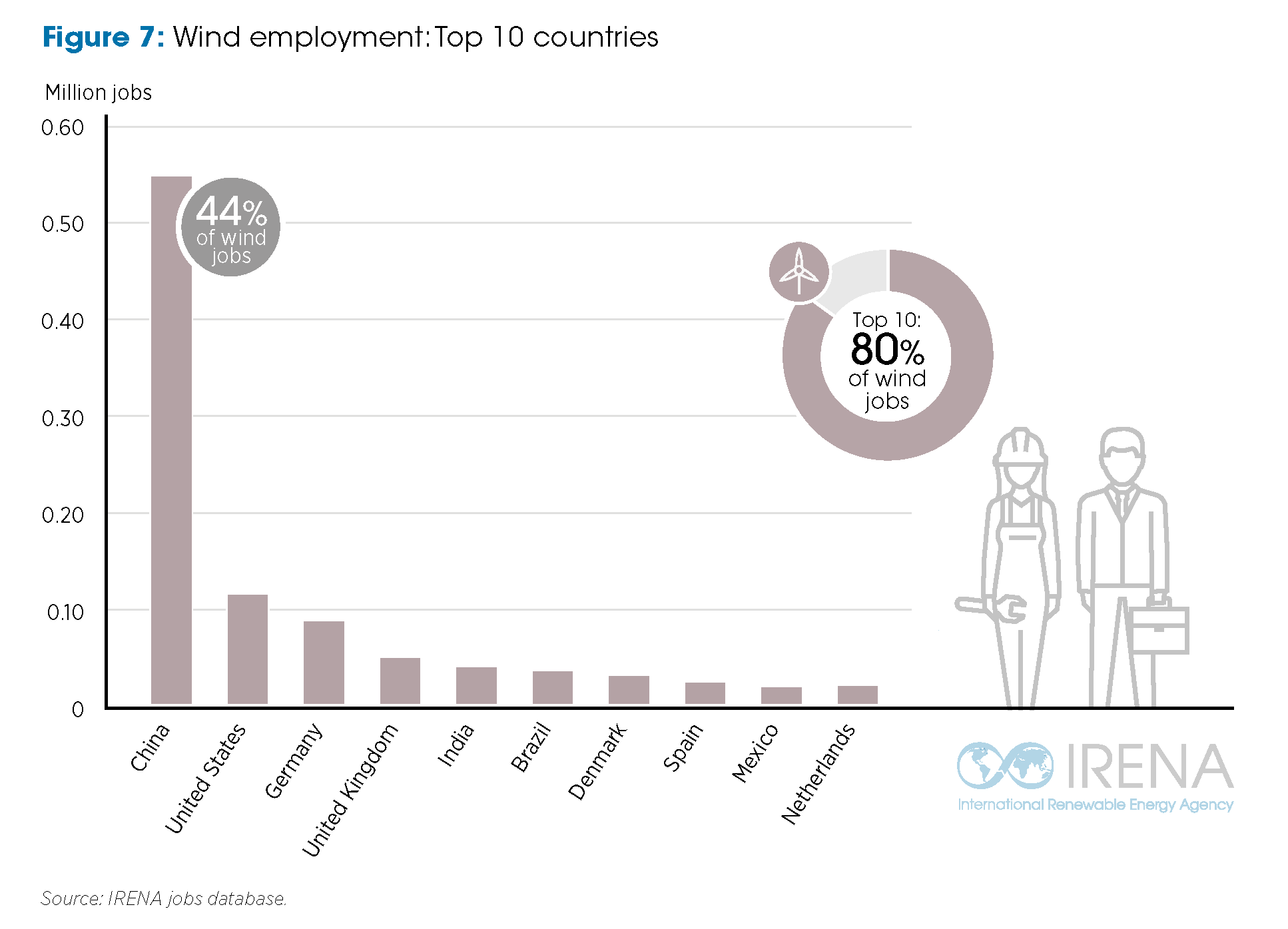 China also has the most factories, with 45% of the nearly 800 plants, followed by 31% in Europe and 7% in India. Just 4.5% of production facilities are in North America (the US, Canada and Mexico), behind Brazil at 5%, according to the report.

Irena is bullish about renewables jobs in the future. There were 12 million jobs in renewables in 2020, and the agency says this could rise to 43 million jobs in 2050. Wind power would account for 5.5 million — although this is a projection based on a 1.5C compatible pathway, rather than current policies and commitments, which would see just half that level.

Irena said there was a “strong expansion” in wind power in 2020, with capacity additions almost doubling to 111GW, mainly in China (72GW) and the US (14GW). Total renewables expansions were 260GW in 2020, says Irena.