This is a feature from Windpower Monthly's August 2021 Insight Report. Click here to read the full edition

A growing number of oil and gas majors are seeking to make inroads into wind and other renewable energies. Although they remain marginal as a percentage of total capital expenditures, green-energy investments are rising as governments and companies lay out net-zero emission targets, and shareholders and other stakeholders step up the pressure for more climate-friendly strategies.

Offshore wind is increasingly favoured by many of the majors, as it is seen as complementary to their core business, although onshore wind also has a sizable part to play in the energy transition strategies of some companies.

Indicative of the green energy investment trend is French oil and gas major Total, which earlier this year rebranded as TotalEnergies, to reflect its transformation into a “broad energy company”. As CEO Patrick Pouyanné put it, the company aims to “become a sort of green energy major”.

TotalEnergies has set itself an ambitious target for 100GW in renewable-energy generation by 2030, which it expects would place it among the top five green-energy players globally — although critics note that the lion’s share of investments will still be in fossil fuels. TotalEnergies currently has 7GW of renewable-energy capacity (see chart below), of which 20% is in wind.

While TotalEnergies is also present in onshore wind, it is offshore wind that represents one of the pillars of the company’s green-energy growth plans. TotalEnergies says it expects to have an offshore wind pipeline of about 4GW by 2025. It is also investing $20 million a year in research and development in floating offshore wind.

Norway’s Equinor, known as Statoil until 2018, aims to become a leader in offshore wind and is targeting 12-16GW of turbines turning in the sea by 2030. While its investments will remain centred on oil and gas in the near term, renewables and low-carbon solutions are slated to exceed 50% of investments by 2030, up from just 4% in 2020.

BP has illustrated plans to cut oil production by 40% from 2019 levels, increase annual low-carbon spending to $5 billion, and develop around 50GW of net renewable-energy capacity by 2030.

Shell has pledged to accelerate decarbonisation efforts, after a Dutch court ruled in May that the Anglo-Dutch oil major must reduce its emissions by 45% to 2030, compared with 2019 levels. Prior to the ruling, the company had already indicated that its peak oil production was reached in 2019, and estimated a 1-2% reduction in oil output each year. Like BP, Shell is also increasing its investments in renewables, mainly offshore wind.

The path was laid down by Ørsted, the leader in offshore wind formerly known as Danish Oil and Natural Gas — Dong Energy — which rebranded when it divested its remaining fossil-fuel assets to become a pure renewable player in 2017.

Investments are not only spurred by the need to boost green credentials, but also by the solid business case for offshore wind, which is now seen as a tried-and-tested technology.
Oil majors are generally uninterested in operational assets, but are looking to get in early and farm down assets to other investors, helping to boost returns. 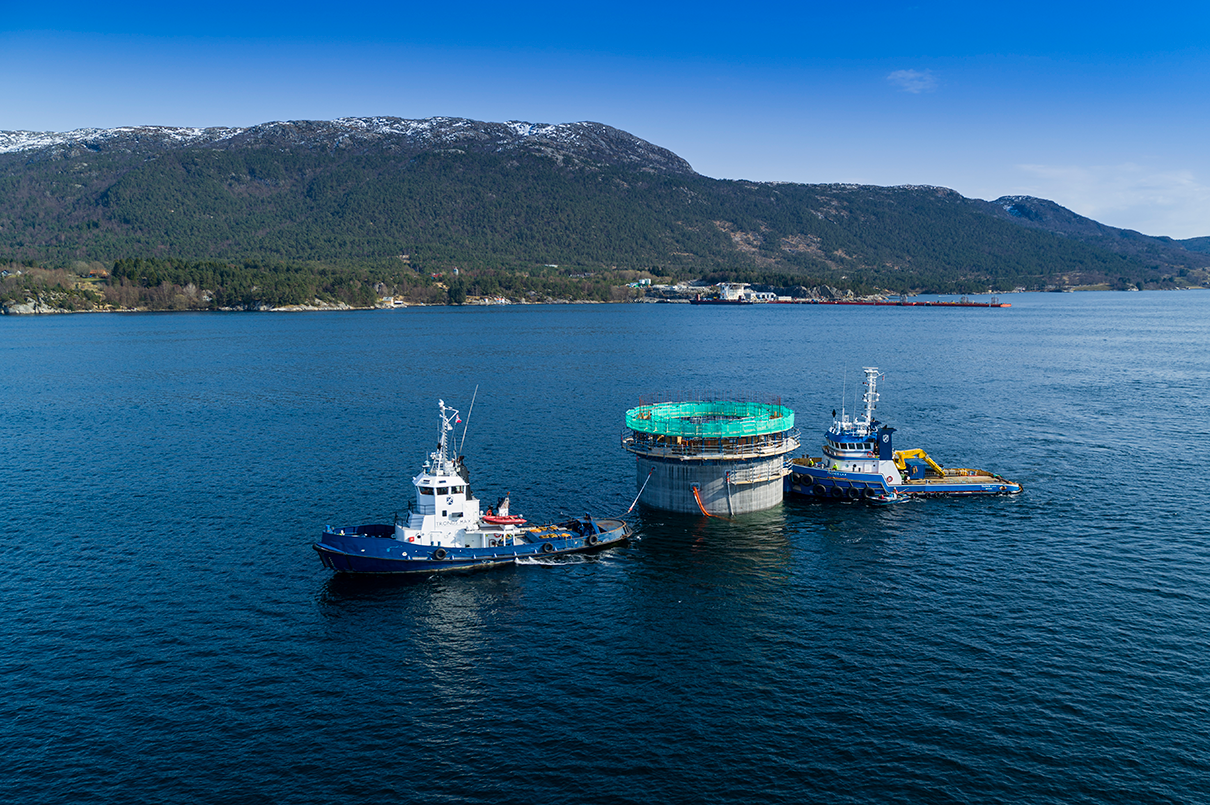 Outside of China — where oil and gas majors have started to strike up alliances with local players but own very few assets  — the big fossil-fuel players only accounted for about 5% of offshore wind capacity coming online from 2017 to 2020, notes Søren Lassen, head of offshore wind research at Wood Mackenzie Power & Renewables.

“Oil and gas majors are ramping up and moving into offshore wind to diversify their portfolio. They are also looking to diversify within offshore wind, investing in assets that are different in terms of the risks and rewards,” says Lassen. This has meant a wider geographical range and investments in both fixed-bottom and floating offshore wind, along with diversification when it comes to factors such as the maturity of markets and pipelines.

European majors have been leading the way in pivoting towards renewables, while US players such as ExxonMobil and Chevron are clearly lagging behind.

Yet American companies are also facing pressure from shareholders to become greener, as evident at ExxonMobil’s shareholders meeting in May, where the activist investor Engine1, pushing for the firm to increase investments in renewable energy, was able to secure the support of other investors, including asset-management powerhouse BlackRock. Engine1 ended up appointing three of its four director candidates to the Exxon board.

The US majors have remained reticent despite the apparent opportunities, including the Biden administration’s target for 30GW of offshore wind energy by 2030.

“By and large, American companies have a slightly different approach to a low-carbon future,” explains Arindam Das, head of consulting at Westwood Global Energy Group. “They still see themselves very much as core players in oil and gas.

“They look at their portfolio of assets and take a risk-based approach. If the IEA [International Energy Agency] vision plays out and demand for oil plateaus in the next 10-15 years, they ask themselves: ‘Which parts of my portfolio are positioned to be most profitable?’. As for the others, they may choose to divest or bring in a partner to reduce risk,” Das adds.

In the US, there has not been the same push to net zero as in Europe, where there is a concerted effort towards decarbonisation, notes Das. “A lot in the US depends on what happens when Biden leaves, but in Europe there is more stability no matter what political party comes into power.”

Over time, however, US oil majors will also have to change, he says. Their transition “might be slower or manifest itself in a different way, but it’s quite clear that in another three or four decades the energy supply mix will be different”.

Although they are in the early stages of the energy transition and oil and gas will remain important energy sources for decades, most oil and gas majors have realised they will increasingly need to pivot towards renewable energy and start to gain necessary expertise now, says Peter Brun, global offshore-wind segment lead at DNV GL.

“Peak oil was reached in 2019, and there will be dramatic changes [in the energy mix] in the next three decades,” he says. “The capital position of oil and gas companies is strong, and new oil will be more expensive to get and harder to get at good prices”.

Compared with onshore wind, offshore wind also offers the advantage of larger projects — which oil and gas companies are accustomed to managing — and the resulting economies of scale, Brun says.
The performance of onshore wind energy is limited by the size of wind turbines that can be used, according to TotalEnergies. “Offshore wind power does not have the same acceptability problems as onshore wind power. Very large, much taller turbines can be built and costs can be reduced,” it says.

Additionally, TotalEnergies believes it can draw on its expertise in offshore operations and maintenance from its oil and gas activities for offshore wind. “The group has in-depth knowledge of floating supports, to assess the structures of future wind turbines,” it adds.

Almost all oil majors are seeking a foothold in the sector. Even Chevron is monitoring developments in floating offshore. In April 2021, Chevron Technology Ventures and Moreld Ocean Wind (MOW) bought into Ocergy, a new floating offshore wind company launched by offshore wind veterans from Principle Power, who helped develop the WindFloat concept.

Green hydrogen, produced using renewable energy, is also on the radar of many oil and gas producers, which have experience supplying industry with “blue hydrogen” — usually relying on natural gas to power its production — as a feedstock.

Shell, for example, in July began operations to produce green hydrogen as part of the European Commission-funded Refhyne project at its Rhineland refinery, in the western German state of North Rhine-Westphalia. The company has plans to expand capacity of the electrolyser at the site from 10MW to 100MW, as it sets its sights on being a leading producer of green hydrogen for transport and industry in Germany. 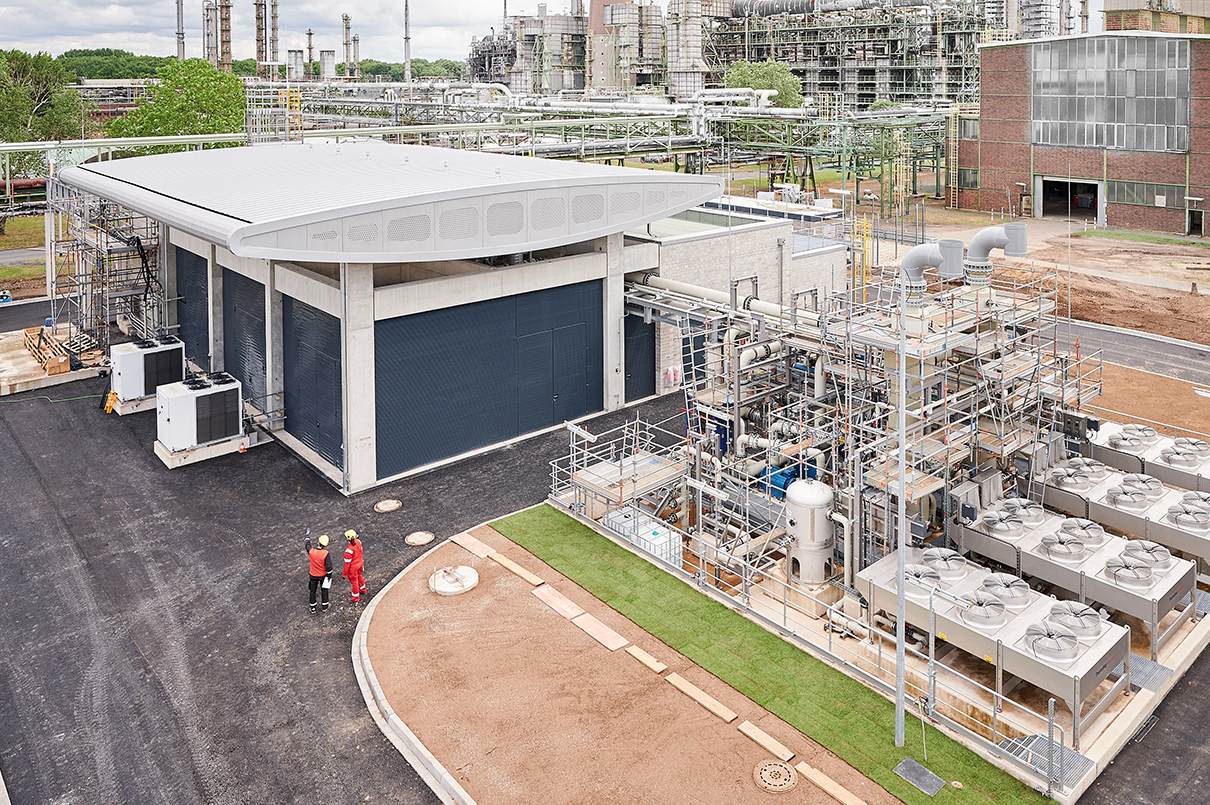 The 10MW Refhyne electrolyser started operations at a Shell refinery in Germany in July 2021, with plans to expand to 100MW

And while most oil and gas majors focus on offshore wind, onshore wind continues to play a part in energy diversification strategies.

Spain’s Repsol was an early entrant into offshore wind before selling its UK offshore business in 2016, and for the time being is concentrating on onshore wind. But even building on land, Repsol is still thinking big, recently beginning construction of the sweeping 860MW Delta II Delta II (860MW) OnshoreAragon, Spain, Europe Click to see full details wind farm complex in Spain’s Aragón region.