Mainstream Renewable Power has announced plans for a 1GW hybrid renewable energy platform in Chile, under the name Nazca Renovables, which the company says will avoid emissions of more than 1.1 million tonnes of CO2. 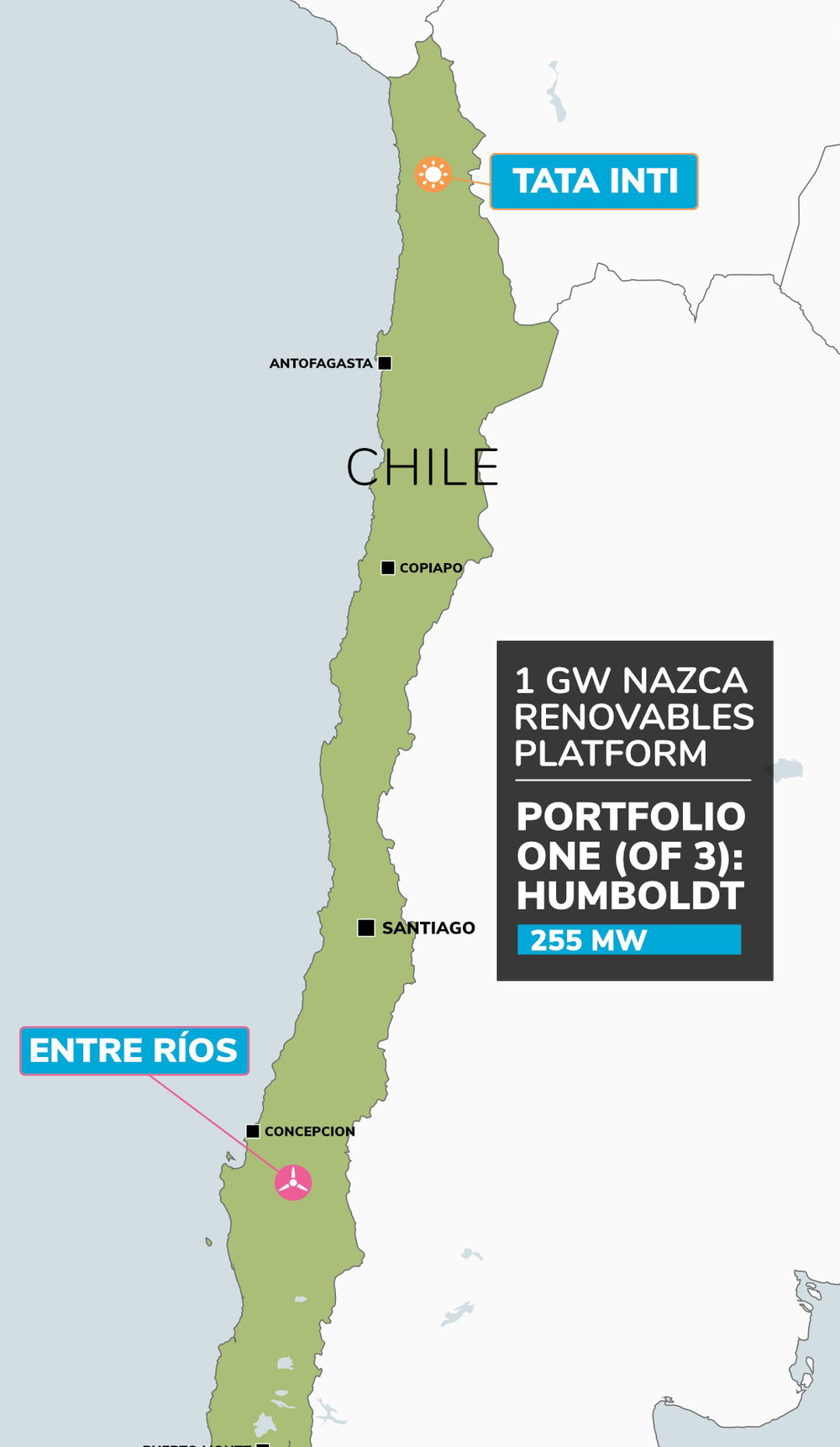 The first portfolio to be rolled out is the 255MW Humboldt, which includes the Tata Inti solar farm in the north of the country and the 310.5MW Entre Ríos Entre Ríos (310.5MW) OnshoreMulchén, Negrete and Los Ángeles, Bío Bío, Chile, Central & South America Click to see full details wind farm in the central Biobío Region (see map). Construction at both projects is expected to begin in mid-2022.

The Humboldt portfolio will supply a long-term bilateral power purchase agreement (PPA) with an undisclosed partner — the second such deal within a month for Mainstream in Chile, following the signing of a PPA for the Copihue phase of the Andes Renovables platform.Earlier this month, Mainstream announced it had closed financing on the Copihue portfolio, the third and final phase of its 1.35GW Andes Renovables cluster. Its first portfolio, the Cóndor complex, was brought online a few days later.

By 2022, it is estimated that Mainstream will provide 20% of all electricity demand in Chile as the Andes Renovables portfolio comes online in its entirety.

“The six new projects will help bring investment and employment across the country, consolidating Mainstream’s leadership in one of Latin America’s most advanced markets for renewable energy. We’re very excited by the pace of our developments in Chile and will draw on our significant experience with the Andes Renovables platform to ensure Nazca is a similar success.”

Mainstream is considering incorporating hybrid solutions as part of the platform, such as storage systems with large-scale batteries located at the assets. This would provide additional flexibility to serve customers and better support to the grid.

Earlier this year, Mainstream said it would explore the development of green hydrogen and low-cost ammonia production in Chile with Aker Clean Hydrogen, a subsidiary of Norway’s Aker Horizons, which has agreed to buy a 75% stake in Mainstream.

Finnish-Russian joint venture takes lion share of wind power capacity on offer, to be commissioned by 2025-27