Government and business are gearing up to turn Colombia into one of Latin America’s leading wind energy markets over the coming years.

In recent weeks, work has progressed at the country’s first wind farm in nearly two decades, a new renewables auction has been launched and lawmakers have approved tax breaks for green hydrogen and energy storage projects.

On 21 June, crane operators at the Caribbean port of Riohacha began unloading turbines for Isagen’s 20MW Guajira I Guajira I (20MW) OnshoreUribia, La Guajira, Colombia, Central & South America Click to see full details wind farm, which is expected to begin operations by the end of the year.

Despite the South American country’s huge potential for wind power, especially in the blustery La Guajira department, the ten 2MW Vestas turbines (below) will be the first large-scale wind farm to be built in the country in 17 years. 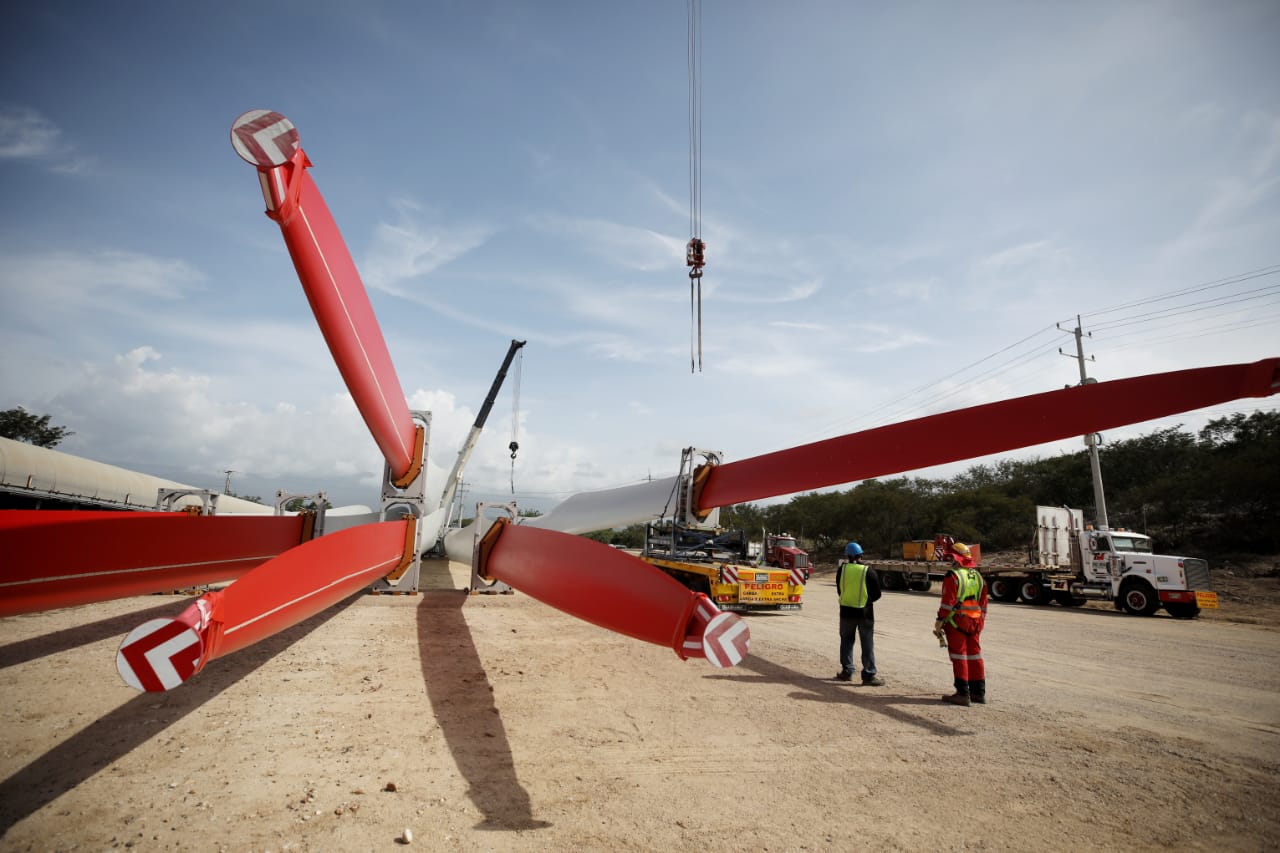 Colombia’s renewables sector began to take off three years ago with the country’s first energy tender directed at these technologies. Contracts awarded under the first two tenders are expected to lift renewables capacity to 1GW by the end of this year.

So far investment has been dominated by a series of solar PV parks.

However, with the construction of the Guajira plant, this is beginning to change. More than 1.7GW of wind capacity is due to be installed by the end of 2022 under contracts awarded during the first two tenders, with another 750MW at earlier stages of development.

To facilitate future investments in renewables, Enel has agreed with Grupo Energía Bogotá (GEB) to merge its businesses in Colombia and Central America into a new company Enel Colombia. GEB shareholders are expected to approve the merger in an extraordinary general meeting on 28 June.

The new company is likely to be a major participant in Colombia’s third renewables tender which the government launched earlier this month.

Bids, which must be submitted by 31 October this year, could win 15-year contracts to supply renewable electricity to the Colombian grid from 1 January 2023, delayable by two years.

“This law will allow us to consolidate the fiscal and regulatory framework for the energy transition, the expansion of non-conventional renewable energy, including new sources such as geothermal and hydrogen and facilitates bureaucratic procedures so the energy sector plays a key role in the reactivation of the economy,” said Mines and Energy Minister Diego Mesa after the vote.