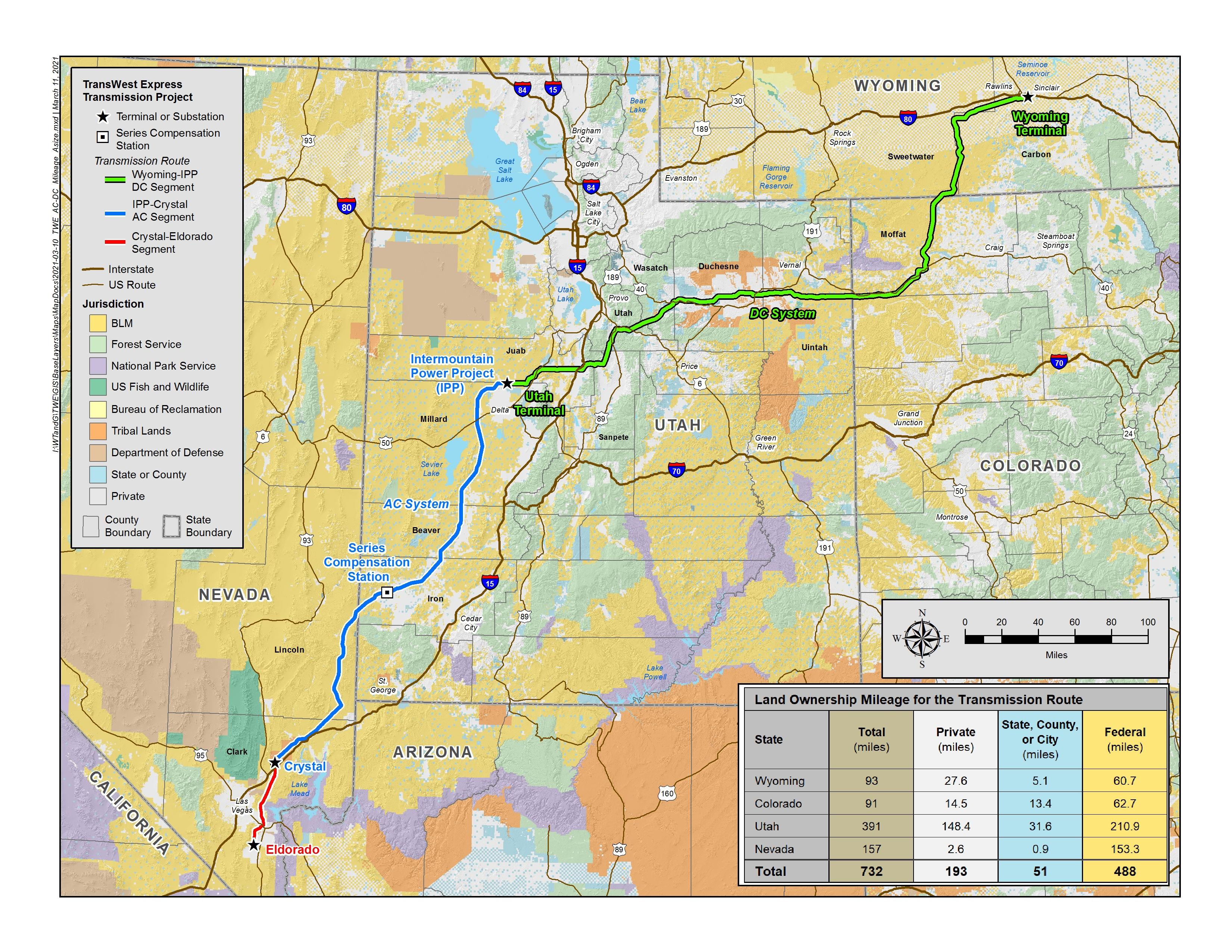 ‘We have not been languishing — we have been moving forward quietly,” Perruso asserted, in response to comments earlier in the summit on the slow progress of the line.

Chokecherry and Sierra Madre was to start coming online in 2024, but that date has now been pushed back to 2025.

TransWest Express, a private project developer, has secured more than 95% of the rights of way for the multi-state line, 99% of private land easements, as well as all major federal and local permits, according to Perruso.

Just this week, the Federal Energy Regulatory Commission (FERC) launched an open solicitation to allocate space on the line, she added.

To ease transmission expansion, regional cooperation must be increased, agreed panellists. The energy imbalance market of the California Independent System Operator (CAISO), a real-time energy market founded in 2014, needs to be strengthened and expanded, said Elliot Mainzer, president and CEO of CAISO.

This real-time wholesale energy market was created in 2014 to make it possible to avoid curtailment by using the lowest-cost energy resources — which often are renewable energy resources —and allowing them to be traded across the western US. It also includes parts of Arizona, Idaho, Nevada, Oregon, Utah, Washington and Wyoming,

The benefits of a western regional transmission operator (RTO), to boost cooperation, was discussed by participants. An alternative would be an expansion of the existing RTOs, namely CAISO or Southwest Power Pool, suggested Bill Ritter, ex-governor of Colorado and now director of the Centre for the New Energy Economy at Colorado State University.

But expansion of those RTOs is a delicate political issue, especially because California is already so dominant in the US West in terms of population and the economy. “It is not a foregone conclusion,” said Michael Lamb, senior vice president of transmission at Xcel Energy.