The administration of President Joe Biden had previously said that the US will aim to halve its GHG emissions, compared with 2005 levels, by 2030.

“This is the decade when we need to grab the future in the United States,” she said. “There is an opportunity moving forward out of this pandemic for a clean energy economy.”

Biden’s $1.7 trillion American Jobs Plan, which is his plan for infrastructure, is currently at the centre of tense negotiations between the White House and Congressional Republicans.

The plan would spend $100 billion on an improved grid and clean energy, including extended tax credits for wind and solar, and a clean energy and efficiency standard. The Republicans’ $928 billion counter-offer includes none of that. Biden is seeking a bipartisan solution.

Incentives for investing in grid infrastructure – not just tax incentives – are needed for the fight against climate change, added McCarthy (below). 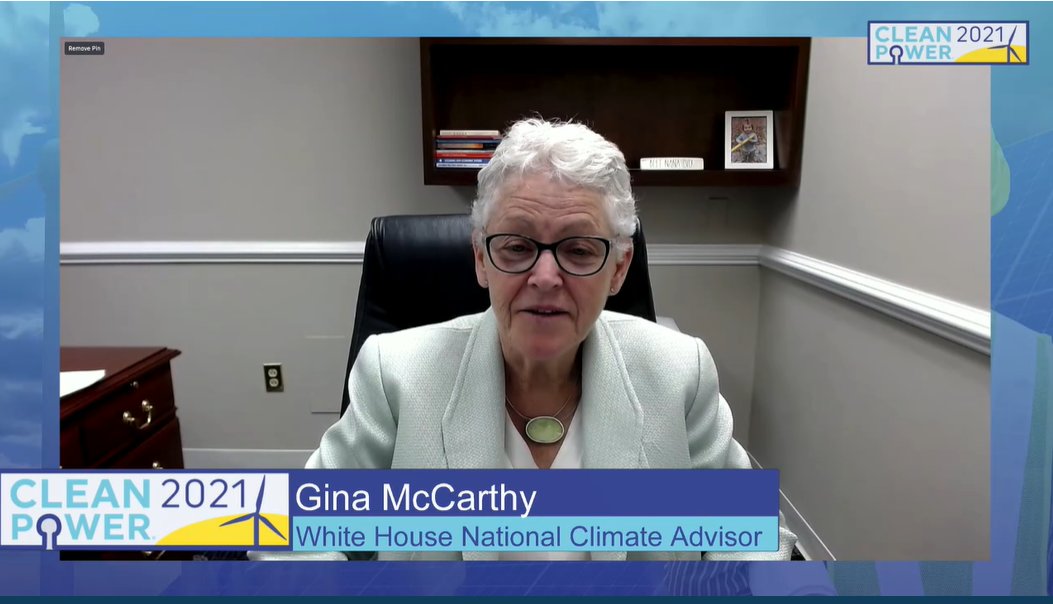 Well-paying union jobs are also a cornerstone of the new clean-energy economy, including for those people that are transitioning out of coal, she continued.

McCarthy noted that the Biden administration has an interagency group looking at improving transmission, a crucial issue for wind development, and that it is looking at streamlining regulations so that permitting for large-scale renewables projects is accelerated.

The administration greenlighted the 800MW Vineyard Wind project off the coast of Massachusetts in mid-May.