In 2020, renewables became the predominant source of electricity generation in the EU, thanks to big gains in wind and solar, overtaking fossil fuels for the first time in history, new research shows.

Figures published today by think-tanks Agora Energiewende and Ember show that electricity generated last year by wind and solar rose 9% and 15% respectively, together accounting for a fifth of Europe’s total electricity supply.

At the same time, coal generation fell 20% and gas generation 4%, while other renewable sources such as bioenergy and hydro stalled, according to research compiled from data collected by Eurostat.

However, although coal generation almost halved since 2015, 43% of this decline has been offset by an overall increase in gas generation, slowing the reduction in carbon intensity. As such, the authors of the report believe that the rise in renewables is still too slow. 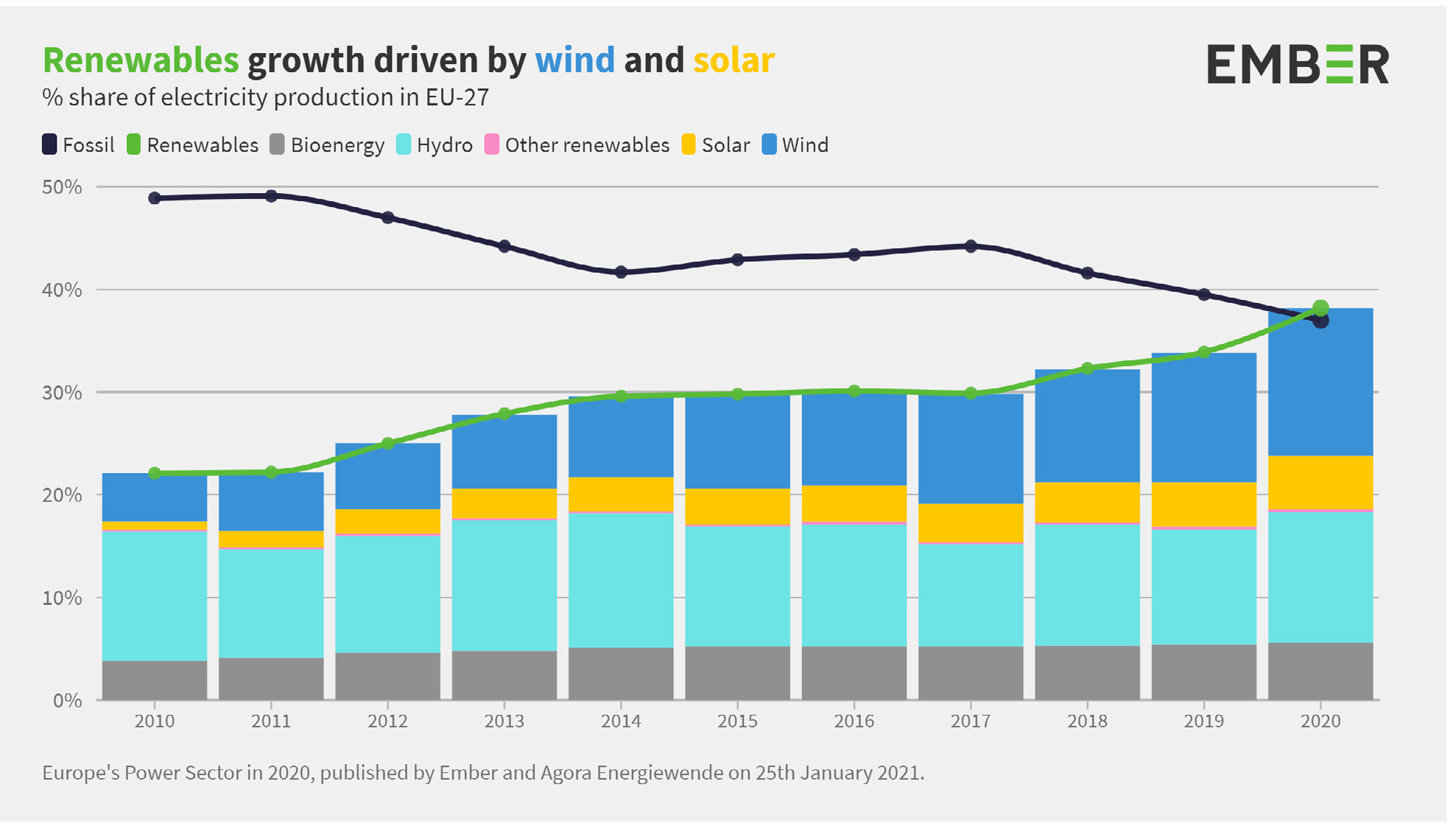 But to reach Europe’s 2030 green deal targets, average growth in renewables over the next decade needs to grow from 38TWh/year to 100TWh/year. That means wind and solar generation growth rates must nearly triple, the report states.

Based on electricity supplied by wind and solar, Denmark generated 62% of its electricity from wind and solar in 2020, which was almost twice the share of the next-placed country – Ireland. According to the figures, Germany was third, and Spain overtook Portugal into fourth place.

The International Energy Agency (IEA) had estimated there would be 18% less wind capacity installed in the EU in 2020 than in 2019. However, installations would then sharply increase in 2021, due to new growth in France, Poland and Denmark.

The IEA had also estimated that the EU's annual solar capacity installations in the EU would increase 16% in 2020 compared with 2019. This would mostly be due to projects awarded renewables auctions in Germany, France and Poland. From 2021, the IEA expects solar capacity to dramatically increase as countries in the bloc begin to step up deployment.

Nuclear generation fell a record 10% in 2020, as plants closed in Sweden and Germany.