For 2020 as a whole, Windpower Intelligence recorded almost 26GW of firm onshore orders for the top five western turbine manufacturers – Vestas, Siemens Gamesa, Nordex, GE and Enercon – 10% up on 2019. 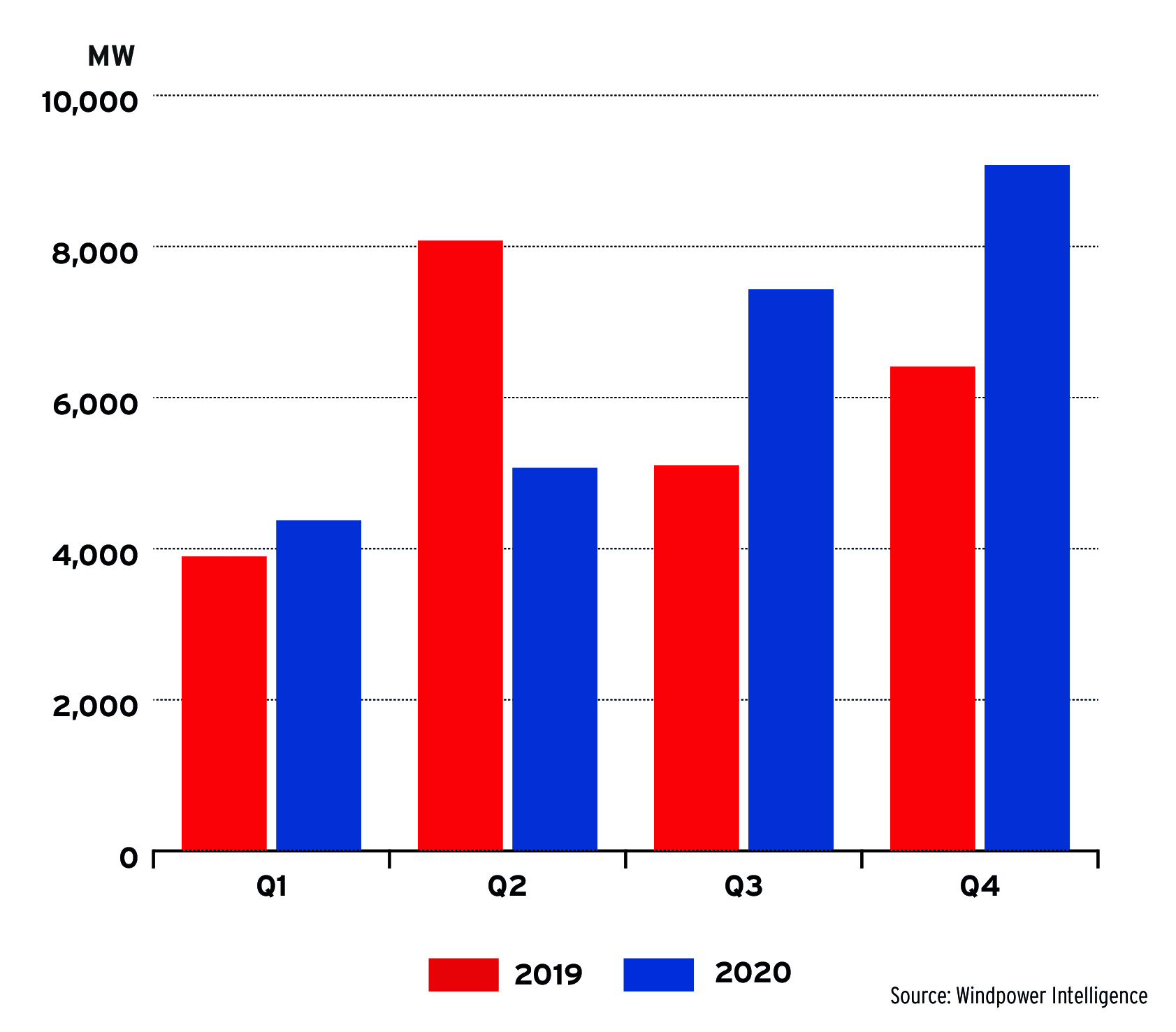 The fourth quarter was particularly buoyant, with the five OEMs between them reporting firm onshore orders of nearly 9.1GW. 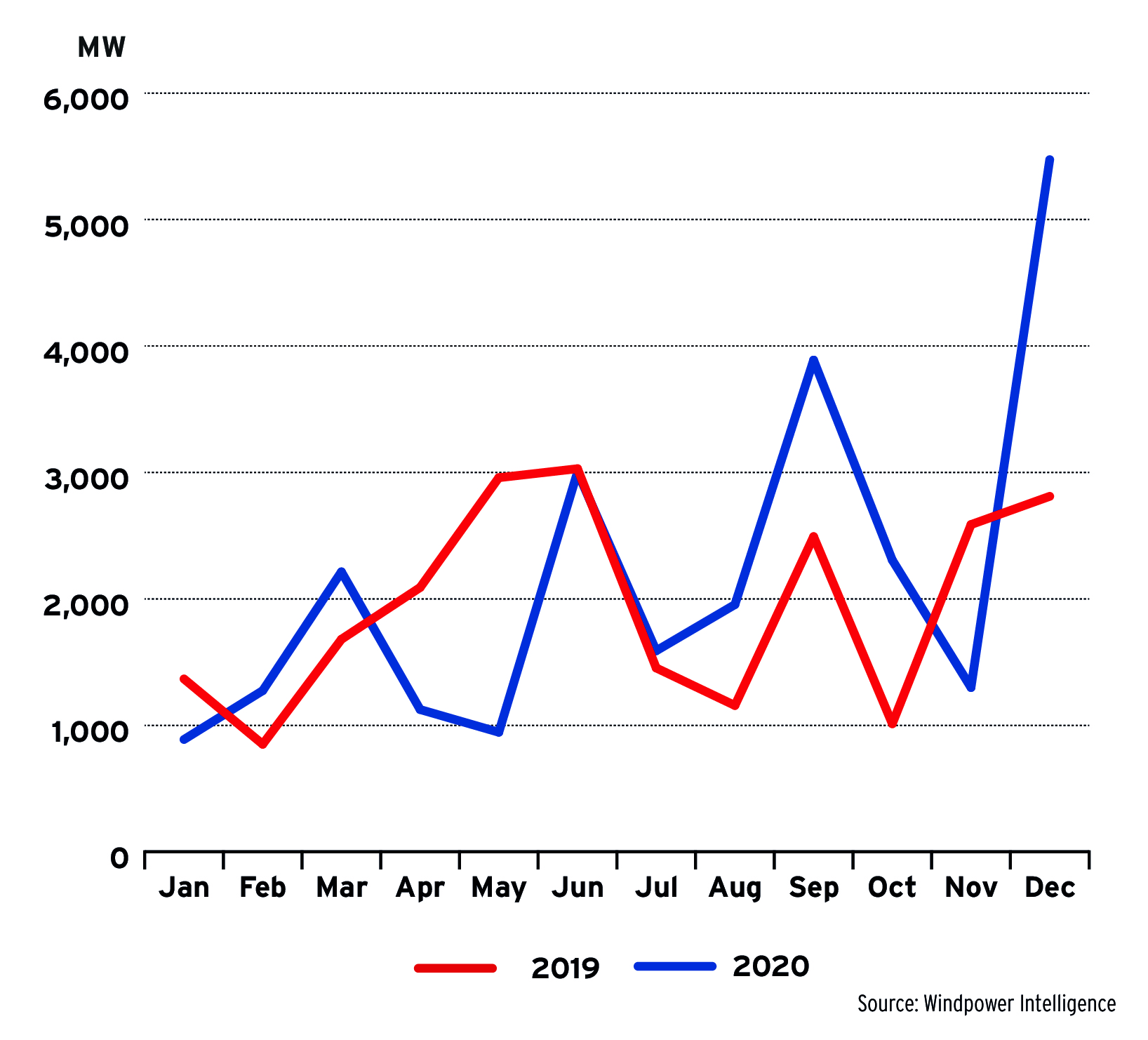 It followed a downturn in reported turbine purchase agreements in the spring, before activity recovered in the summer and autumn months.

The US was the most active market, accounting for almost 2.2GW, with Brazil and Colombia contributing a further 2GW and 500MW, respectively.

Sweden (640MW) and Vietnam (577MW) completed the top five markets in Q4. As yet, accurate data for Chinese TPAs in Q4 remain unavailable.

On a country-by-country basis, Windpower Intelligence recorded 5.4GW of US onshore TPAs in 2020 for the five OEMs. This was, however, 35% down on the total recorded in 2019.

China (1.8GW) and Sweden (1.5GW) completed the top five largest markets last year, up 42% and 49% respectively. Western OEMs traditionally have a small market share in China, which is dominated by domestic manufacturers.