The offshore wind power market will “surge” following an increase in investment and as the wind industry recovers from the Covid-19 pandemic, according to a Fitch Solutions report.

The Power and Renewables report predicts a split between emerging and developed markets in 2021 as those with access to capital look to “stimulate power sector growth”.

As part of the Fitch Group, known for its credit ratings and research, the outlook report was published via the firm's Fitch Solutions Country Risk and Industry Research arm.

The paper argues that the non-hydro renewables sector will get a boost, while coal and the thermal-fired power sector will come under increasing pressure.

Increasing investments in green hydrogen projects, as well as "blue" projects based on fossil fuels, are expected next year as plans are ramped up to commercial-scale capacity in an effort to meet climate targets. 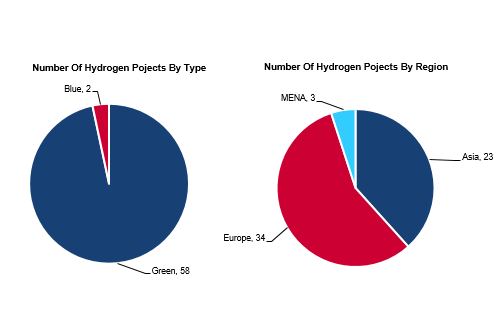 Fitch foresees a growing pipeline of green hydrogen projects in 2021, traceable by the announcement of new electrolyser projects.

The report also looks at the return of the US to the global stage, and how its action on climate change and the impact of a more stringent US regulatory landscape on the power sector domestically and abroad.

In terms of international climate policy, the report highlights the US working with other countries to hold China accountable to environmental standards.

This would including curbing the financing of billions of dollars of thermal power projects in Asia and other regions, the report states.

In the US, it also foresees ending the financing of carbon-intensive energy projects such as coal-fired power plants within the Overseas Private Investment Corporation (OPIC), the Export-Import Bank, and the US International Development Finance Corporation.

And the US government is set to focus on Central and South America to boost non-hydro renewables and electricity transmission infrastructure abroad.

President-elect Joe Biden’s plans want to see the promotion of an integrated energy grid from Mexico through Central America and Colombia.