Enercon’s mission to drive down the levelised cost of energy (LCoE) of its EP3 and EP5 platforms takes a major step forward with the launch of the E-nacelle. It forms an integral part of the company’s ongoing five-year technology transition process, ending in 2022.

The essence of the E-nacelle innovation for Enercon is to move the full electrical system up-tower inside the nacelle. This is a major layout change compared with the current E-module configuration, whereby all electrical systems except the generator — switch cabinet, converter, medium-voltage switchgear and transformer — are located in a three-storey tower-base structure.

“There were various contributing reasons for switching from the tower-based E-module to the E-nacelle,” says Enercon’s chief technology officer, Jörg Scholle. “The overarching goal was to further optimise the production, transportation and installation — ultimately, the total cost structure — of the EP3 and EP5 platforms.”

A major benefit, Scholle explains, is that the E-nacelle allows the machine house, the module comprising the rear end of the nacelle, to be fully finished with all mechatronic (electrical/mechanical) hardware systems and to be pre-commissioned inside the factory. “This makes it plug and play-enabled,” he adds.

Higher-rated turbines come with bigger rotors and larger hub heights, which results in increased electricity cable transport losses down the tower if at low voltage. Up-tower electrical systems offer the prospect of better-designed and more thoroughly tested solutions, he says. They also allow for greater synergies between cabling and electrical systems, at the same time as reducing tower complexity.

As the E-modules are getting bigger and bigger, observes Scholle, shifting to an up-tower electrical system creates challenges while offering optimisation opportunities.

Both the EP5 and EP3 are characterised by compact nacelles with little space left unused. This demanded a drastic reduction in the size of electrical components while retaining their functionality, reliability performance and operating lifetime.

Scholle explains that this is why the first step his team took was to extend the machine house by building a rectangular section as a lightweight space frame structure made up of triangles.

The E-nacelle is being introduced on the EP5 first because the EP3 already has a large presence in the market. “The EP3 platform has a track record of more than 325 turbines — a combination of the E-126 and E-138 models — with many projects being built and others in various planning stages,” says Scholle.

“It is also the right sequence because it allows us to simultaneously gain experience with the E-160 E2 upgrade to 5.5MW, the first planned enhancement of our flagship turbine model,” he adds.

Swapping out the generator for the 4.6MW E-160 E1 prototype at the Wieringermeer test site in the Netherlands with an enhanced 5.5MW E-160 E2 generator is planned for the first quarter of 2021. 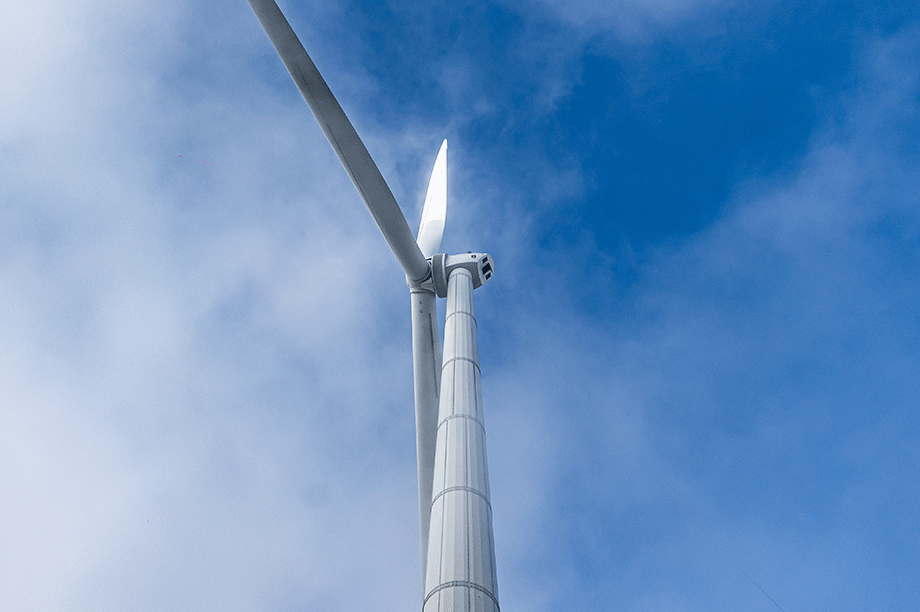 The release of the E2 version so quickly after the E1 version is a clear indication of the huge internal pressure to move fast and decisively towards ramp up.

The E-160/5.56MW EP5 E3 prototype is planned for the third quarter of 2021, and will be followed closely by the E-138 EP3 E3 prototype in the final quarter of next year. Both these prototypes will feature the e-nacelle.

Because the EP3 and EP5 platforms are fully modular, says Scholle, it is rather easy to advance them in parallel and share the best features among them. This type of cross-platform fertilisation also accelerates the introduction of the new technology in different turbines.

The length of the E-160 EP5 E3 machine house has doubled to 14 metres from the original 7 metres, while total height could be slightly reduced to 4.3 metres to allow for undisturbed passage underneath road and railway crossings. Total machine house width will remain below 5 metres, while the target maximum mass is 80 tonnes, in order to facilitate cost-effective transport by road.

“We also succeeded in substantially reducing the complexity of the cable system inside the tower,” says Scholle. “The ‘net’ 5.56MW rating of the E-160 EP5 E3 is 1% higher than its E2 predecessor, because cable losses are 1% less.”

An additional simplification is that the E-160 EP5 EP3 requires only one medium-voltage cable to transport electric power, compared with the 48 low-voltage cables required by the E-160 EP5 E2 with an E-module in the tower base. “The new design simplifies cable installation inside the tower and eliminates the need for separate transport of E-Module components to construction sites,” he explains.

Huge efforts had to be made, and are still required, to substantially reduce the size, volume and mass of the modular converters and transformer, so that they can all fit in a much larger but still confined space.

Over the decades, advanced power electrics, including converters, have been Enercon’s field of expertise, even before the company started developing and producing wind turbines in the early 1980s.

A major challenge and technology driver is to scale the current generation of in-house 300kW modular converters to at least 600kW with parallel reductions in size and cost. This could mean initially deploying third-party hardware because time-to-market is of critical importance.

The E-nacelle layout incorporates two rows of compact next-generation modular converters placed along the left- and right-hand sides of the machine house. The compact medium-voltage transformer, which is cooled with synthetic oil, is located in the rear section, along the shortest side and inside a separate lockable compartment. The floor section of this compartment, with fully mounted transformer, can be winched down for exchange.

The E-160 EP5 E3, E-147 EP5 E3 and all future largest-scale models will be fitted with an electric-powered Enercon-design yaw brake — a successor to the original hydraulic clamping system. Equally new is a yaw-bearing/gear unit with internal toothing and internal yaw drives for greater serviceability.

Another novelty in the E-160 EP5 E3 tower portfolio is a hybrid steel tower (HST) with a wide-base bolted-steel bottom part — similar to Enercon’s modular steel tower (MST) but with two tubular-steel top sections of maximum 4.3-metre base diameter.

“The MST is a great concept for the largest 166-metre E160 EP5 hub height, and in combination with the latest Enercon self-climbing crane in development from next year,” says Scholle. “However, the majority of the current E-160 EP5 projects come with 100-150 metre hub heights, for which HST offers a much faster and more cost-effective solution.”

However, these cannot be installed with a climbing crane, Scholle says. He is also working on developing a series of standardised towers for the E-160 EP5 E3 with 20-year design life at wind conditions IEC IIIA, plus 25-year tower designs for wind class S classification.

Manufacturing of the E-nacelles will start early next year at Enercon’s new mechatronics centre of excellence, a large former blade plant located at the company’s headquarters in Aurich.

“Close cooperation between the centre of excellence and our Wobben Research & Development (WDR) centre is essential in achieving a short time-to-market, fast ramp-up times and driving LCoE-based cost-out processes for production optimisation,” says Scholle. “Our two main challenges are that the pace of scaling continues to accelerate, and that we need critical volumes fast to be cost-competitive.”

It is a little over three years since Enercon introduced a new compact modular EP3 direct-drive platform. The company’s second milestone development in late 2017 was the acquisition of Dutch direct-drive turbine supplier Lagerwey. 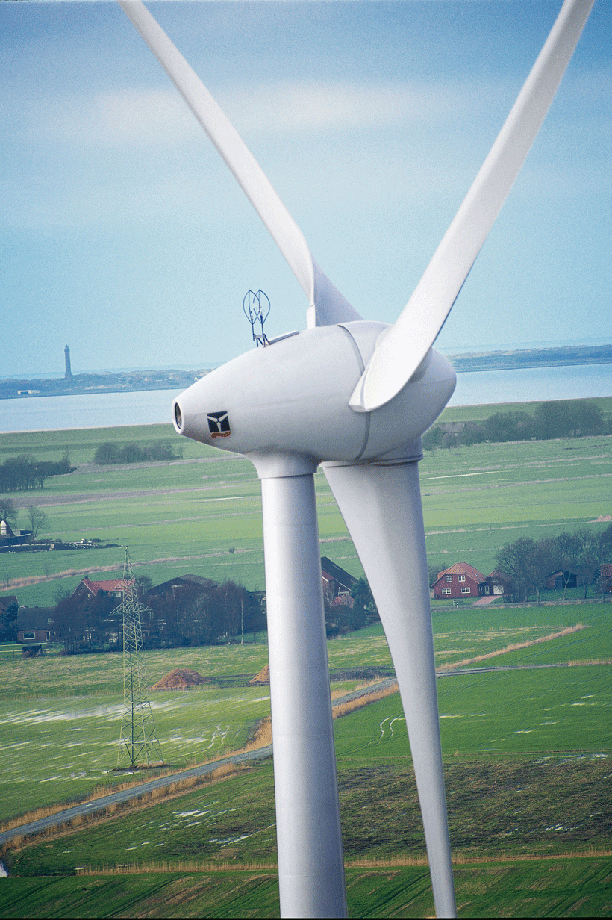 The 2.3MW E-70 with its iconic shape is the oldest remaining model in Enercon's product portfolio

The 3.5MW E126 EP3 prototype with a 127-metre rotor diameter for high-wind conditions was installed in Q3 2018 and enhanced to a “final” standard 4.0MW volume rating.

Nine 4.65MW E136 EP5 turbines were operational by October 2020 — Enercon did not install a separate EP5-modified prototype. The E-136 EP5 will be phased out because its main specifications, rotor size and power rating, closely resemble those of the 4.2MW E-138 EP3 E2.

The oldest turbine model in Enercon’s EP2 portfolio — with a track record of more than 5,400 turbines — is the iconic 2.3MW E-70 E4, featuring a 71-metre rotor diameter.