The Baltic Sea has played a major part in the history of offshore wind energy, as it is home to the world’s first commercial offshore wind farm. The 4.95MW Vindeby project, off the coast of the town of the same name on the Danish island of Lolland, began operations in 1991 and featured 11 Bonus 450kW turbines.

Ørsted decommissioned the wind farm, located in the western Baltic Sea, in 2017. 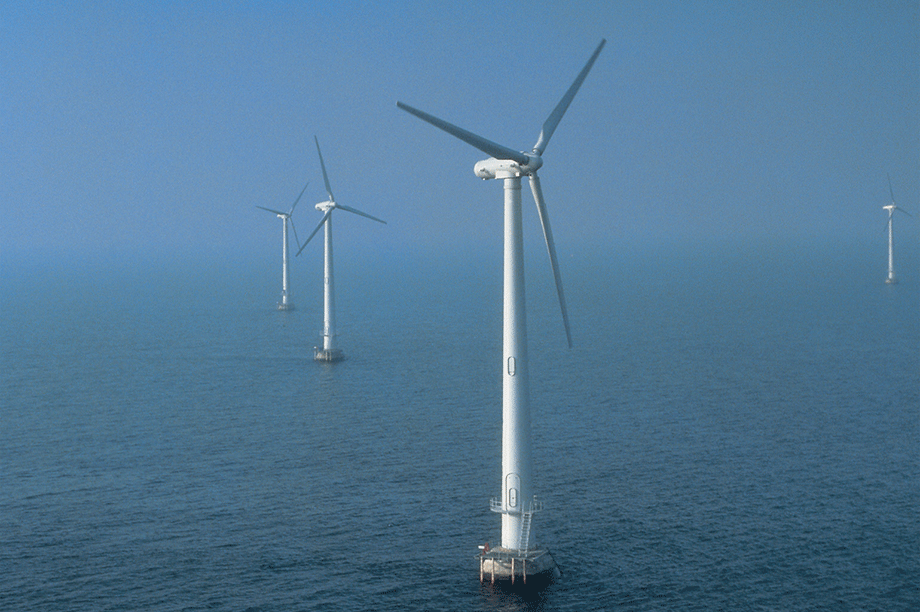 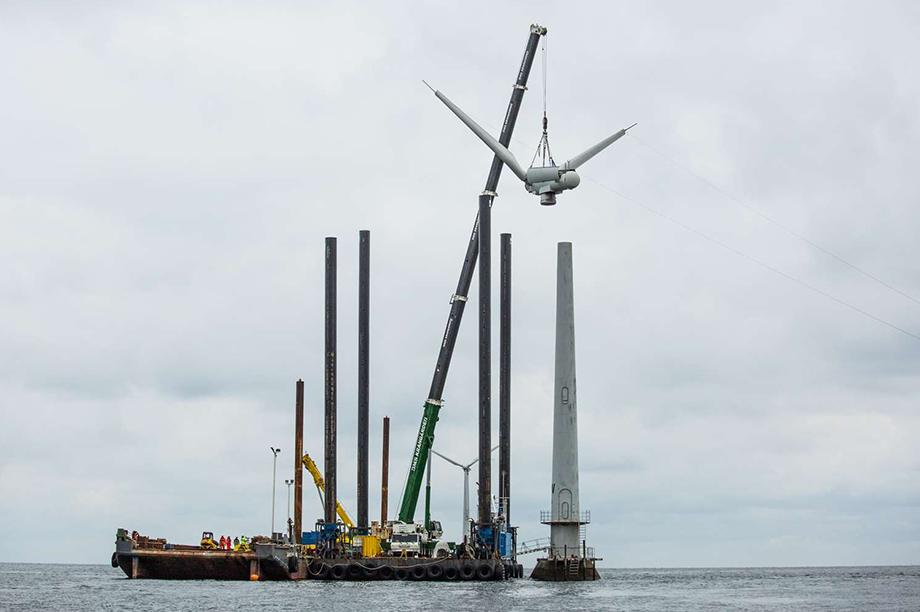 Vindeby was the world's first offshore wind farm when it was commissioned in 1991 (top/left). It was dismantled in 2017 (bottom/right)

Despite its head start, offshore-wind development in the Baltic has lagged behind the larger and windier North Sea, and total installed wind capacity in the Baltic Sea now stands at about 2.2GW. Offshore wind farms are concentrated in the Danish and German Baltic, with 880MW and 1,075MW, respectively. There is 161MW of operating capacity in Sweden, 85MW in Finland, and no offshore wind sites yet either in Poland or in the smaller Baltic states of Estonia, Latvia, and Lithuania.

Now investors are seeking new opportunities in the Baltic Sea region — which stretches from the Kattegat strait that separates peninsular Denmark from Sweden in the south-west to the Gulf of Bothnia lying between Sweden and Finland in the north. Offshore wind capacity in the Baltic Sea could reach 83GW by 2050, according to an estimate from WindEurope.

One reason investors are eyeing development in the region is that offshore wind is a crucial energy source as Europe looks towards reaching net-zero emissions by 2050.

“It is clear that offshore wind will have to be one of the main pillars of decarbonising in Europe,” says Ulrik Stridbæk, director of regulatory affairs at Ørsted. “The North Sea has the highest potential, but the Baltic Sea also has an extremely important role to play.”

The market on the radar of many investors is Poland, the largest country in central and eastern Europe (CEE), where developers began preparing the first offshore projects in 2011. “Things are lining up in Poland. There is a pipeline of advanced projects and the government is also ready for offshore wind projects,” says Søren Lassen, senior offshore wind analyst at Wood Mackenzie.

Compared to a decade ago, when high hopes for building wind farms in the Polish Baltic Sea were not met, the offshore wind market has also matured. “There were a lot of question marks about costs, but now it’s a different time. Not only Poland, but most markets with interest in renewables and adjacent to a sea are looking seriously at offshore wind,” adds Lassen.

“Poland is a very attractive emerging market for offshore wind, and the one with the best untapped potential in Europe,” agrees Holger Matthiesen, head of development for offshore wind at RWE for Scandinavia, Poland and the Baltics.

Investors are now awaiting parliamentary approval of Poland’s Offshore Wind Act, expected at the end of 2020 or early 2021. The latest draft, published this summer, envisaged developers looking to secure offtake agreements, similar to the UK’s contract for difference model, in two phases.

According to the draft legislation, up to 5.9GW — broadly in line with projects in advanced development — are to be selected by Poland’s energy regulator by the end of June 2021, before a further 5GW in capacity is auctioned in two tenders in 2025 and 2027. Developers would be eligible for government premium payments for 25 years. The European Commission would need to approve support in the first round, as projects will not be competitively tendered.

Poland’s government is aiming for offshore wind capacity to rise from zero today to 5.9GW in 2030 and 8-11GW by 2040. Offshore wind, along with the development of nuclear power, features heavily in the country’s plans to reduce its reliance on coal. The Polish wind energy association believes the government is not being ambitious enough, and sees the potential for up to 17GW of offshore wind by 2040. 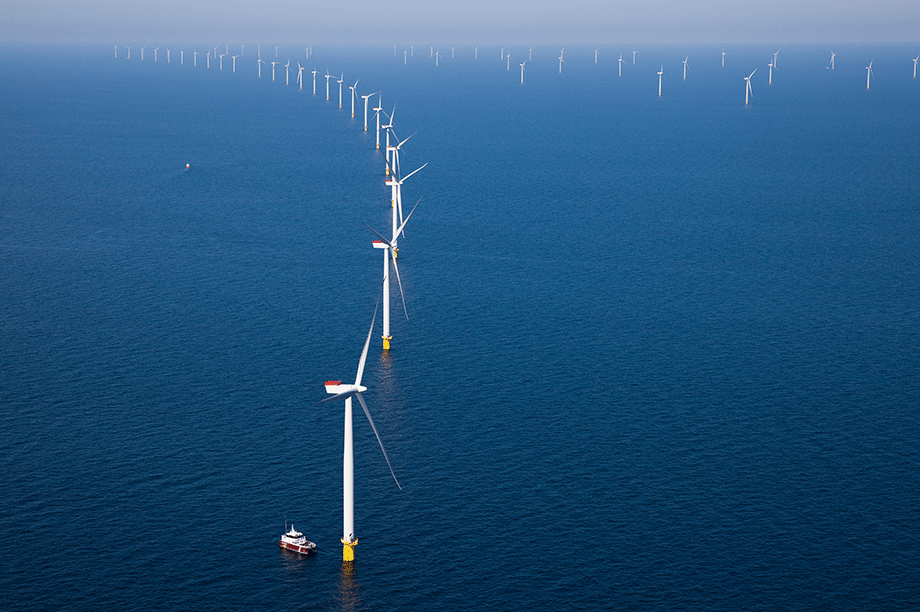 European offshore wind majors have lined up at the starting gate. RWE acquired a pipeline of more than 1.5GW of offshore-wind projects located around the Slupsk bank area in the central Polish Baltic Sea in 2019 and is optimistic about qualifying with one project in the first phase. That project is likely to be the 350MW FEW Baltic 2 wind farm, the most advanced of the projects it acquired last year, scheduled to be commissioned in 2027.

Ørsted expects to finalise a partnership by the end of 2020 with state-controlled Polish utility Polska Grupa Energetyczna (PGE), to jointly develop PGE’s 1.045GW Baltica 3 and the 1.5GW Baltica 2 offshore wind farms, both of which received environmental permits earlier this year.

In November, Equinor and its local partner, Polenergia, revealed they had already held meetings with 95 supply-chain companies, covering topics such as wind turbines, foundations, electrical systems and onshore and offshore substations. They are starting talks on the planned schedule for its Baltyk II and III offshore wind farms, planned for 720MW each, which they say they expect to bring to the ready-to-build stage by 2023.

“It is a prerequisite that an appropriate law is adopted and entered into force as soon as possible in early 2021, to establish an appropriate framework and provide adequate financial support for further development of offshore wind projects,” Equinor and Polenergia said.

One of the latest developers to reveal plans for offshore wind in Poland is Vattenfall, which in October signed a memorandum of understanding with Polish chemical manufacturing company Synthos to explore co-operation opportunities in the offshore wind industry in Poland and the Baltic states.

While wind conditions are less favourable than in the North Sea, average wind speeds in Polish Baltic waters still exceed nine metres per second, notes Lukasz Sikorski, Poland country manager for Offshore Wind Consultants, and are “certainly something on which you could build a solid business case”.