A key novelty of the latter product was that it incorporated high-performance journal bearings in all positions except the planet-carrier shaft.

“Sustained R&D effort at both the concept and component levels, backed by ten years of experience with first-generation high-performance journal bearings, resulted in our new Moventas Orbit bearing solution, which we have introduced with the Exceed Evo+,” Moventas’ chief technology officer Jyrki Virtanen explains.

“A key aspect of the overall solution is concept simplification. A new coating for the surfaces of the axial as well as radial planet bearing [body] represents a major practical achievement. Calculations now indicate an expected lifetime of up to 40 years for the journal bearings.” 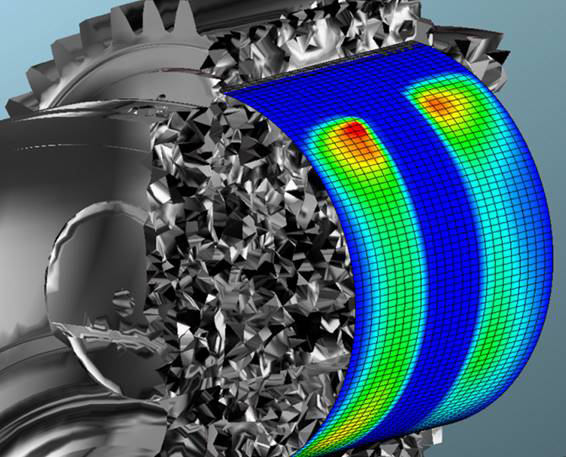 The Exceed Evo+ builds on the proven main principles of the Exceed Evo, including retaining a two-sided flexible planet-shaft mounting support called Flexspider. This innovative technology feature offers multiple added benefits, including even load distribution. It does so by ensuring optimal “full-width” tooth contact and optimised load sharing between four- or five-planet gears, including under extreme load conditions.

An ongoing focus for the wind industry is to continue to optimise the annual energy production of turbines. Enhanced capacity ratings and larger rotor diameters are two key variables, says Virtanen.

“These scaling steps are a challenge for gearbox suppliers, and have direct consequences for journal bearings due to reduced rotor speed [with larger rotors] and gearbox sliding speeds — in parallel to higher surface pressures,” he explains. “Onshore market turbine designs are further constrained by pre-defined geometric boundary conditions, because OEMs wish to continue squeezing in upgraded gearboxes inside unchanged nacelle dimensions.”

Other design drivers were the availability in Finland, where Moventas is based, of specific material grades for gearbox manufacturing and a global production environment, alongside the specific knowledge required for certain key processes.

One example Virtanen quotes is heat treatment of the ring wheel via case carbonising. When this is outsourced, it requires external partners with sufficient capabilities to ensure that the product’s dimensions or quality are not compromised.

From Moventas’ own perspective in terms of gearbox manufacturing, there were additional demands for a wider operating window for the journal bearing, and to fulfil the desired concept simplification by using fewer components, thus achieving lifecycle-based cost-reduction benefits.

This in turn required robust bearing technologies offering high reliability, availability and elongated operating lifetime, according to Virtanen, so that these combined requirements could be met.

An essential aspect of the conceptual pathway is a full understanding of the limits of bearing technology performance set against future operating windows at the level of individual turbines and corresponding wind classes.

When he spoke to Windpower Monthly in September 2018 about the introduction of the Exceed Evo, Virtanen noted: “Our key gearbox clients tell us that we offer currently the lightest and most compact (3-stage) gearbox available […] for 4-4.5MW turbines and bigger 5MW+ installations in development.”

He also spoke about the 15% torque density increment, up to about 155Nm/kg, compared with the original Exceed gearbox. However, Virtanen now says that this figure was rather conservative in light of his “the lightest and most compact” remark. He adds that the actual figure is a 145-175Nm/kg range, depending on client-related turbine model variables.

At WindEnergy Hamburg 2018, a competitor to Moventas took the lead in the ongoing torque density race when it announced what was at the time an almost unthinkable 175Nm/kg milestone figure.

Moventas now shatters this record with the Exceed Evo+ by stepping over the 200Nm/kg boundary. That two such major milestones should be achieved within only two years of each other demonstrates the rapid and perhaps accelerating pace of gearbox technology advancement, with high-performance journal bearings an essential enabler. 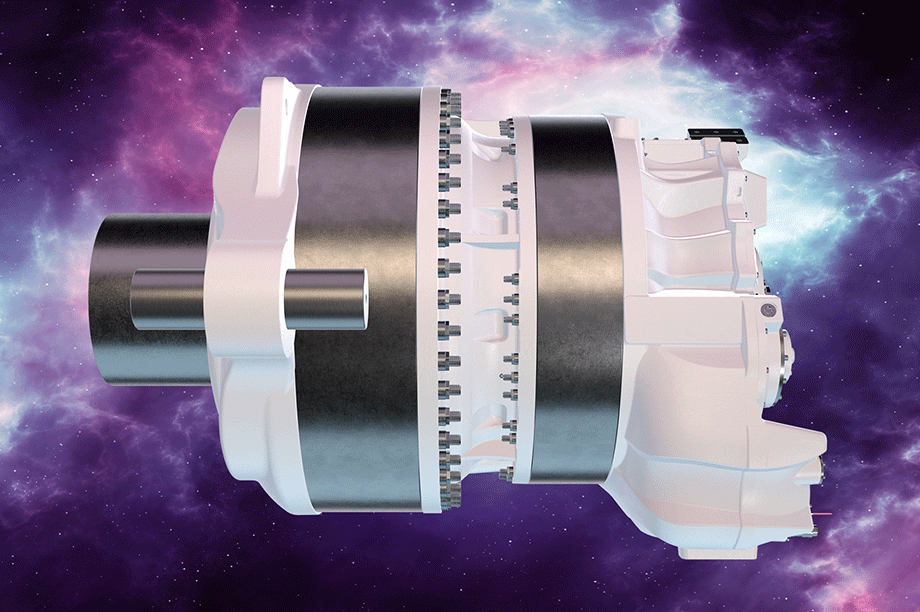 “A crucial part of the ten years of accumulated know-how on journal bearings is how they fit into and impact a wind turbine’s drivetrain and operating window,” Virtanen explains.

“This comprehensive expertise is made available to turbine suppliers through Moventas experts acting as engineering partners. With technology validation ongoing, we expect that it will be fully mature and ready for serial manufacturing in 2022,” he concludes.

Moventas designed and manufactured its first 35kW gearbox in 1979, which became operational a year later. Larger gearboxes of 200–300kW  and above featuring three parallel gear stages, were fitted, among others, in the Vestas V27-225 kW. They were also supplied to other Danish pioneers such as Micon and Bonus.

A genuine technology breakthrough happened in 2001 with the introduction of integrated planet bearing, which eliminates a separate bearing outer-race?. This innovation allowed the use of larger bearings with higher load-bearing capacity in the same physical space.

Integrated low-speed gearbox-generator units with permanent-magnet generation (PMG) technology were developed between the year 2000, for the 1MW, and 2003  for the 3MW for WinWind Multibrid-type turbines. 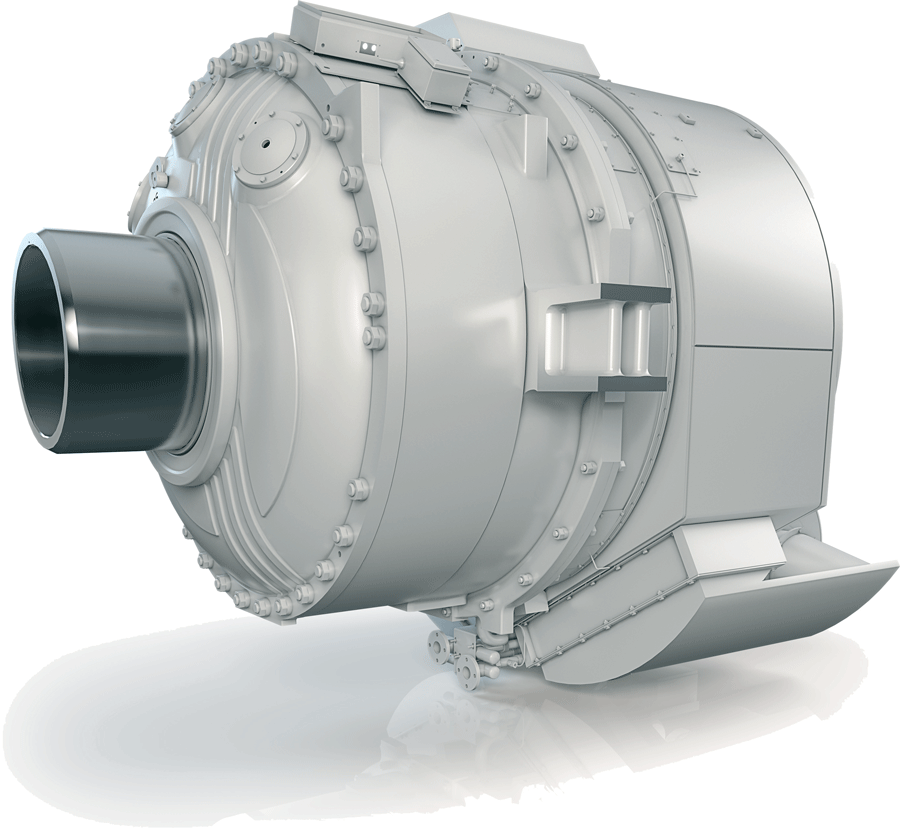 A fully integrated medium-speed FusionDrive (right) featuring a Moventas gearbox and the Switch PMG followed in 2011. “FusionDrive sought to answer expanding nacelle size constraints, but back then the technology was viewed as too new compared with existing more conservative solutions,” says Virtanen.

The underlying design philosophy itself resembles to a significant degree the latest Vestas EnVentus medium-speed platform configuration. If introduced today with matching specifications, it would perhaps become a “true winner”.