A significant ‘hidden demand’ for green hydrogen in Europe could rapidly emerge, if costs fall, investment is made and policy is supportive, an industry report has found.

Moreover, renewable hydrogen could become mainstream within three to seven years, if barriers are “systematically removed” and progress accelerated. This would require collaboration across the supply.

Giles Dickson, CEO of WindEurope, said: “To fully decarbonise energy in Europe we need renewable hydrogen. And it needs to be ‘made in Europe’.”

This could unlock a significant ‘hidden demand’ for green hydrogen, of up to 540TWh in the near term and 1,200-1,400TWh in the medium-term. Windpower Monthly has asked for clarification on the time frame for this demand. 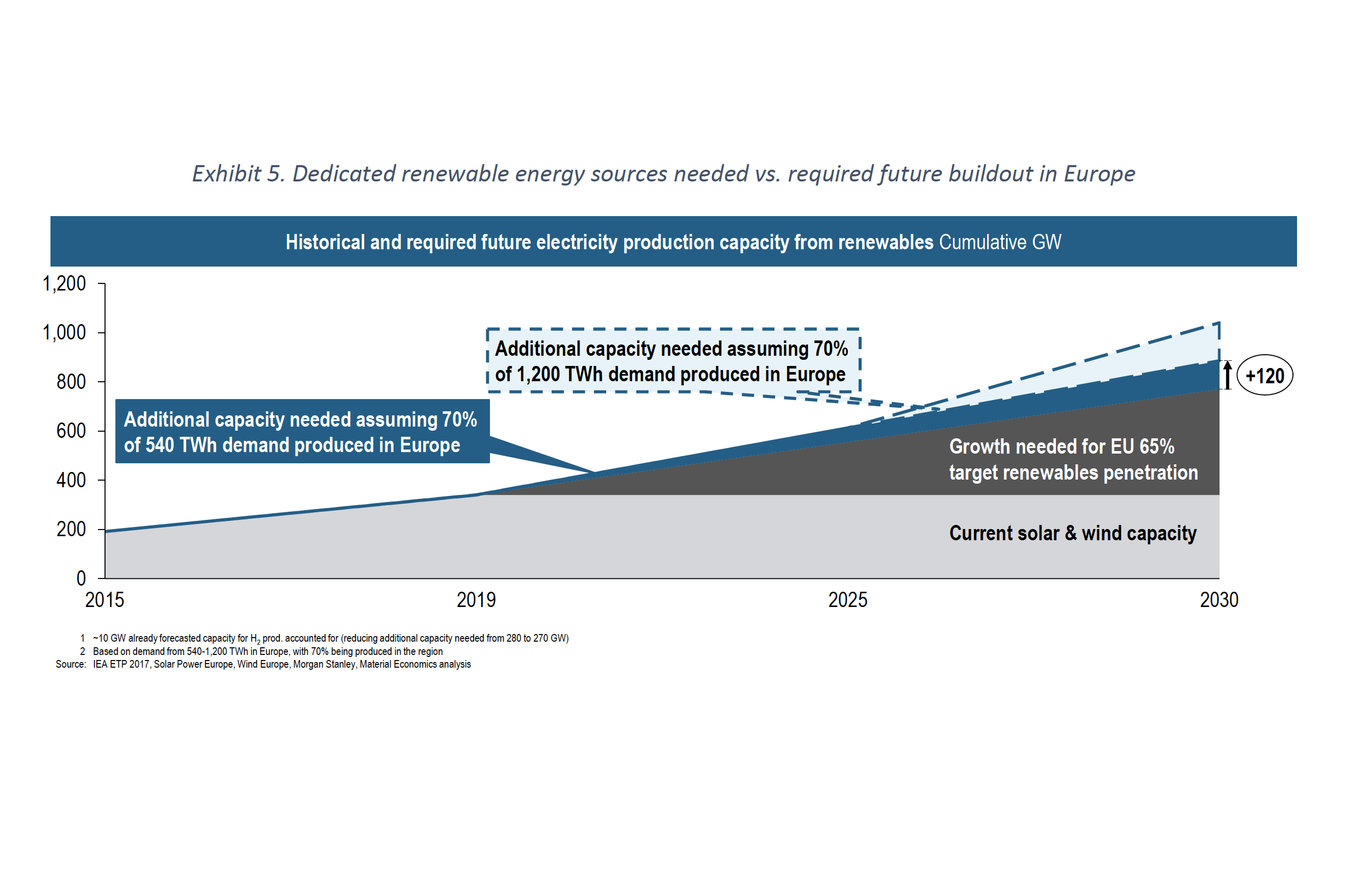 José Luis Blanco, CEO of Nordex Group, said: “Hydrogen is one of the elements set to support the energy transition toward a climate neutral economy. To achieve this, it is crucial that hydrogen is produced with renewable energies. Wind power is a cheap and reliable renewable source for the production of renewable hydrogen.”

The research comes from the new Renewable Hydrogen Coalition, in which WindEurope joined with SolarPower Europe and Breakthrough Energy to pool a network of innovators, entrepreneurs and corporate leaders. The report was produced by clean energy innovation and energy transition consultancy Material Economics.

Walburga Hemetsberger, CEO of SolarPower Europe, said: “In order to ensure that the European Commission’s ambitious climate targets are met, and that all sectors are decarbonised before 2050, renewable hydrogen provides the missing link, and the Renewable Hydrogen Coalition is ready to amplify Europe's position on this technology and provide the necessary network and input.”

Europe needs to act with speed and scale in four areas, the paper argues, including establishing lead markets like green fertilisers and steel. It must also mobilise massive investments, especially in renewables, with more than 280GW of dedicated capacity likely to be required. The pace of innovation must also be accelerated, from early-stage research, through demonstration, deployment and scale-up. 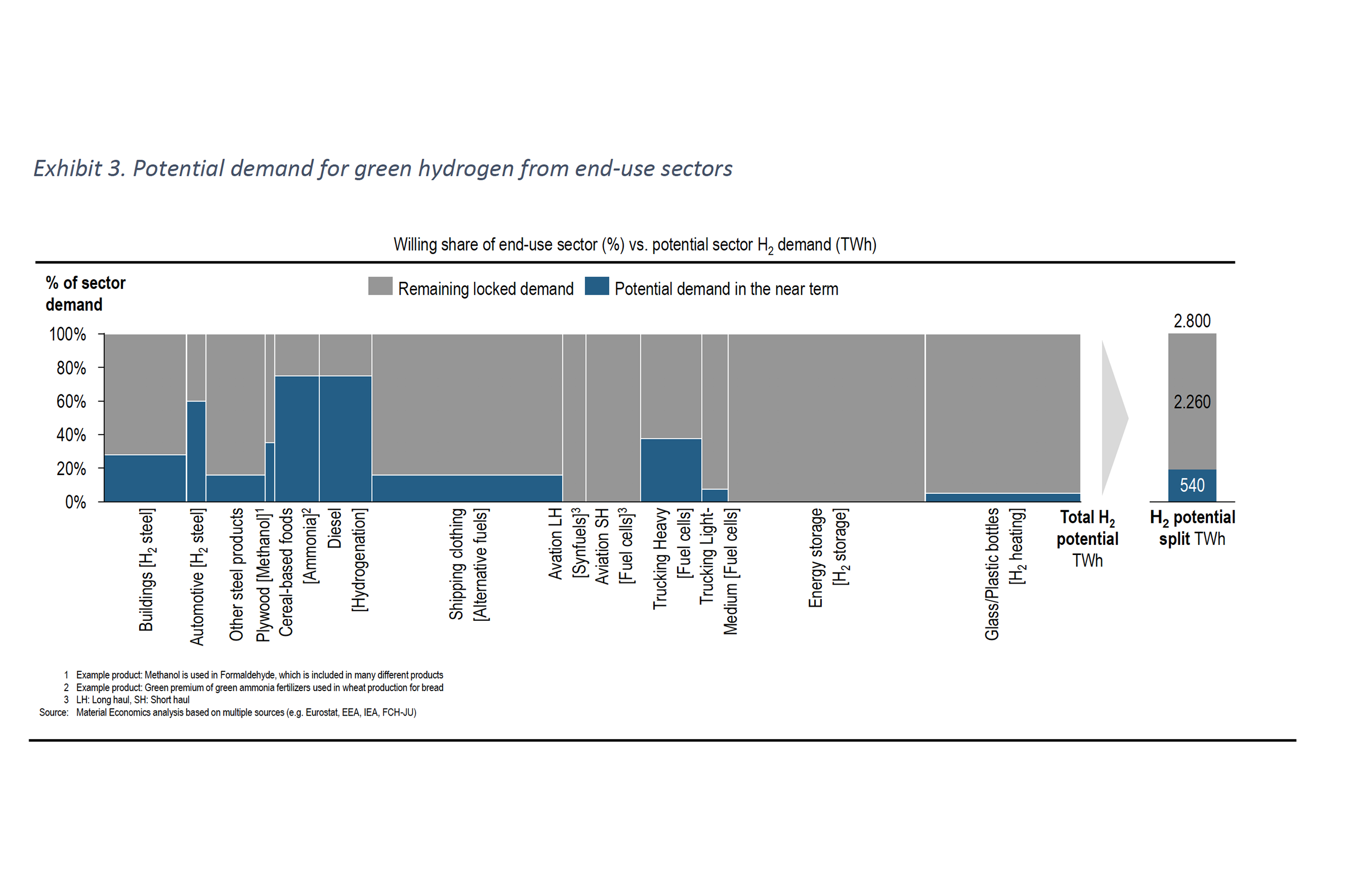 “Offshore wind can provide this additionality, but some prerequisites need to be fulfilled: offshore areas need to be auctioned and assigned fast and developers need a stable and effective support framework (carbon contract for difference). Furthermore, to incentivize hydrogen demand & supply the burden of levies and taxes on electricity need to be reduced.”

The launch of the coalition coincides with the first ‘EU Hydrogen Week’, which aims to highlight the importance of renewable hydrogen within the aims of the European Green Deal and climate neutrality. The coalition aims to aid decarbonisation in Europe and to inform the policy debate on renewable hydrogen.