MHI Vestas has installed the “most powerful” turbine used in a floating wind project in the harbour for the Kincardine floating offshore wind farm off Scotland.

It is due to become the world’s largest floating wind farm by nameplate capacity.

The project – developed by Spain's Cobra Group – will eventually consist of five of MHI Vestas' 9.5MW turbines and an additional Vestas V80-2.0MW unit that has already been commissioned.

They will be set up about 15km off the Kincardineshire coast at a water depth of 60-80 metres, with the first 9.5MW unit to be anchored in December 2020. 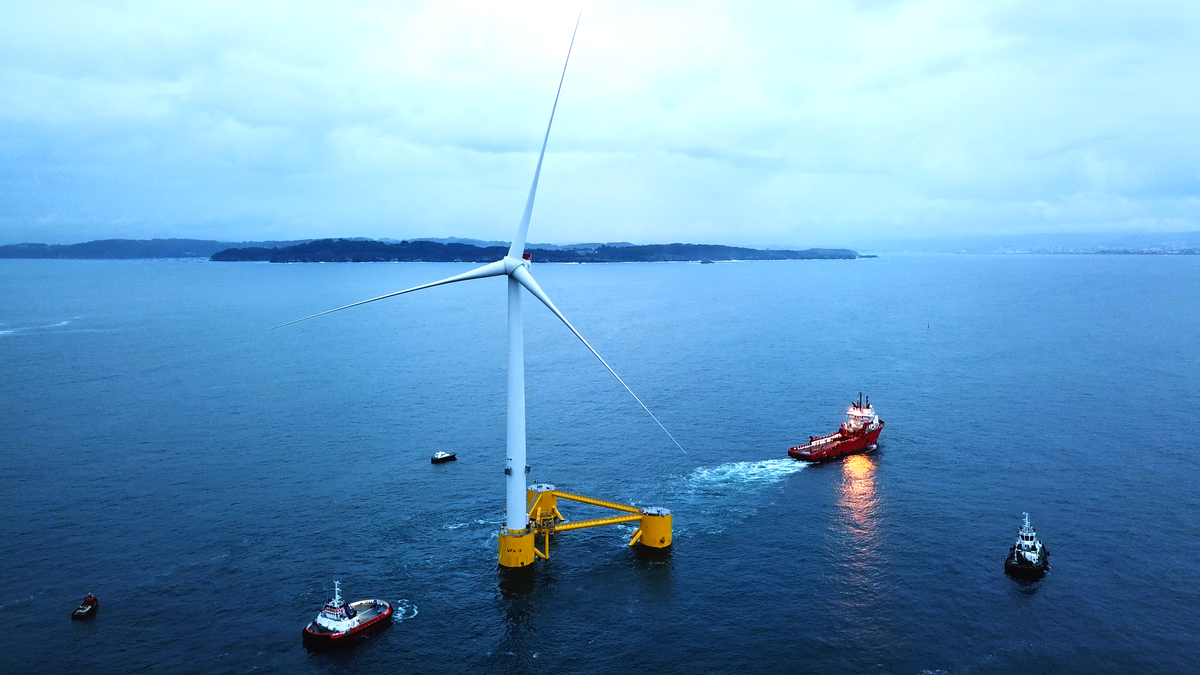 An 8.4MW MHI Vestas turbine installed on one of Principle Power's Windfloat platforms being towed out

MHI Vestas project director, Allan Birk Wisby said: “We are proud to have the most powerful turbines installed on a floating offshore wind platform.

“The V164-9.5 MW turbines are an excellent fit for the Kincardine project, and it is a great achievement by the team to have completed the first installation at the quayside. We look forward to completing the remaining four units.”

A Cobra Group spokesperson said: “This is an exciting, world-leading project developed by Cobra Group. The Kincardine floating wind farm will be the biggest ever built.

“The installation of the largest turbine ever to have been placed on a floating foundation represents a major milestone for the project and we are very much looking forward to seeing it generate power at the site very soon.”

Kincardine is expected to power around 35,000 households in Scotland.