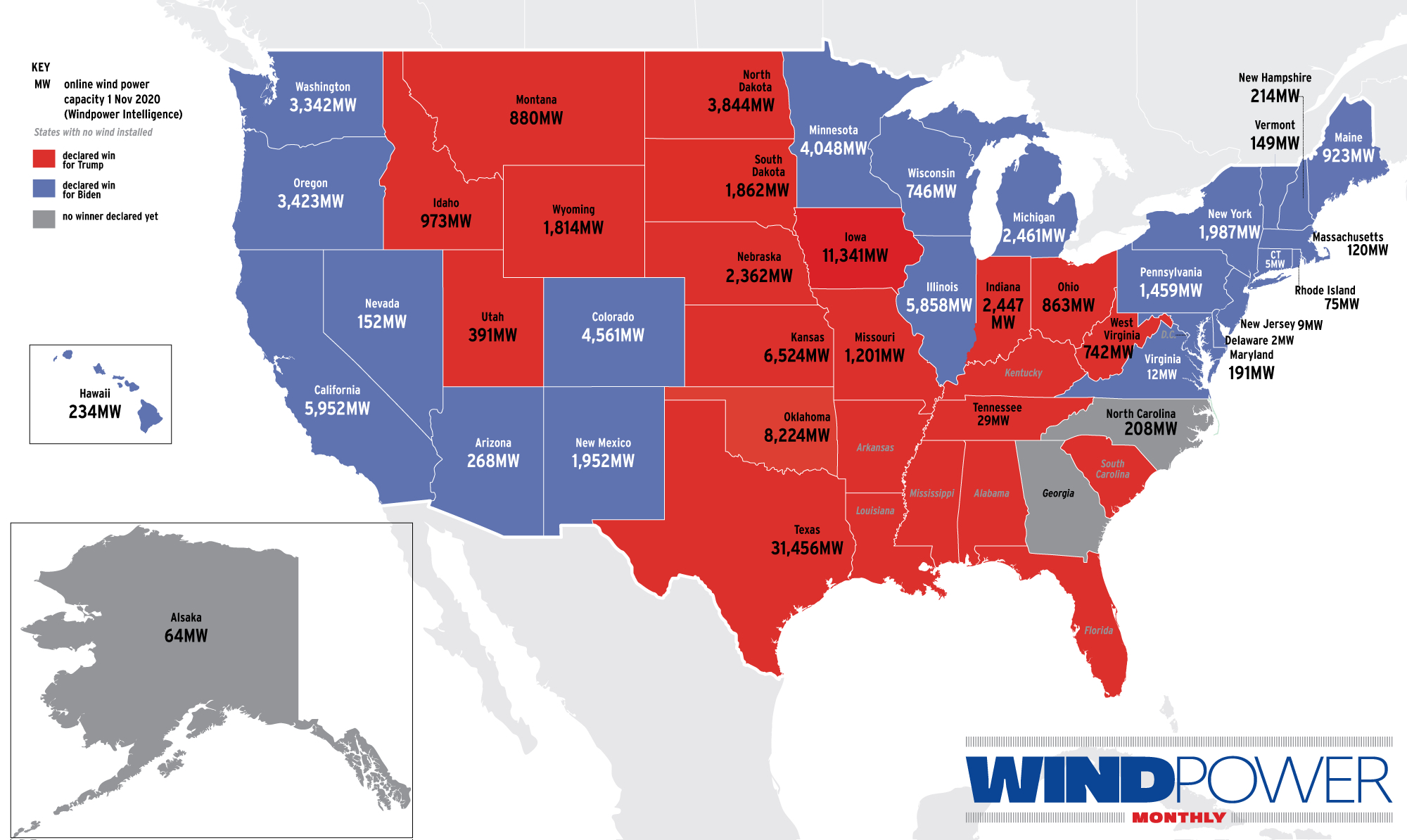 Texas, Iowa, Oklahoma, and Kansas – the top four US states for operational wind power capacity – have all cast majority votes for Donald Trump.

With the exceptions of North Carolina and Ohio, the states with offshore wind projects under development or in operation – New York, Rhode Island, Maryland, Connecticut, Massachusetts, Virginia, California, Maine Hawaii and New Jersey – all voted for Biden.

Trump has previously claimed that “windmills”’ cause cancer, lower house prices and kill birds, while Biden wants to spur the installation of “tens of thousands of wind turbines” through a $2 trillion package of clean energy and sustainability measures.

The president today withdrew the US from the Paris climate agreement, under which nations have agreed to try to limit global warming.