US wind farms commissioning is on track to reach record levels in 2020 despite disruptions caused by the coronavirus pandemic, according to new data from the American Wind Energy Association (AWEA).

Ten new wind farms with a combined capacity of 1,924MW began operations in Q3, making it the third highest quarter on record for US commissioning activity.

By the end of the quarter, the US had 111,808MW of operational wind power capacity, according to AWEA figures.

In the first nine months of the year, 6,309MW of new wind power capacity has been switched on – a 72% increase from one year earlier, and the highest nine-month tally recorded by the industry body.

With further commissioning activity expected in the final three months of the year – typically the busiest quarter of the year for US wind farm installation activity – AWEA stated that 2020 is set to beat the record 13.3GW installed in 2012 (see below). 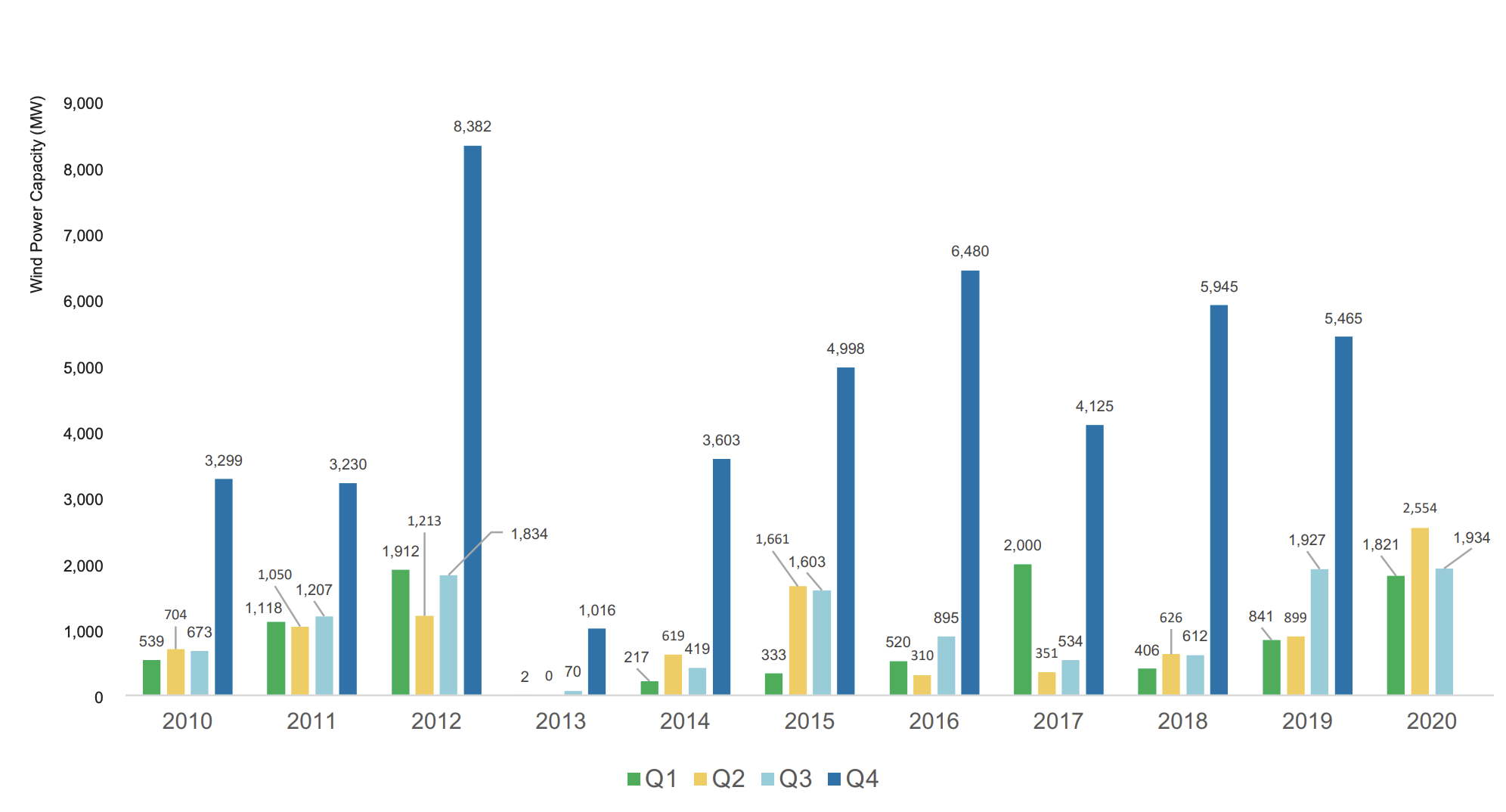 To date, GE Renewable Energy has accounted for the majority (60%) of installations in the first nine months of 2020, ahead of Vestas (27%), Siemens Gamesa Renewable Energy (10%) and Nordex (2%).

AWEA stated that wind power development and construction activity remained strong during the third quarter despite disruptions from Covid-19.

It added that market fundamentals remain strong with consumer demand continuing to be the main driver of US wind development. Wind is the most affordable source of new electricity in many parts of the country, the industry body added.

AWEA stated that the US treasury-granted additional year of safe harbour flexibility for developers has also been crucial in spurring wind power development.

However, challenges remain amid the coronavirus pandemic.

Economic uncertainty restricting the supply of tax equity in the US financial markets  means that wind developers continue to report difficulty raising tax equity for their projects, AWEA stated.

At the end of September, there was 43,575MW of wind power capacity in the near-term pipeline, including 24,355MW under construction and 19,220MW in advanced development.