Success or failure in this context is not limited to how many of the turbines were actually produced or were ever operational. Eize de Vries explains the criteria for the selection and describes numbers 31-40 in the first part of this special report

The prototype of the 5MW XD115/5.0MW is installed at the Dutch Zephyros Z72 development.Main characteristics include a small nacelle, PMG, 115-metre rotor and unusually high 108m/s rated tip speed. Darwind IP was sold to XEMC Windpower of China in 2009. Two onshore prototypes were built in the Netherlands (2011) and China (2012).

This 6.5MW turbine (below) with an unchanged 122-metre rotor diameter was intended as the successor to Bard’s 5MW offshore machine, and a first scaling step towards a 7MW-plus vision. The drivetrain comprised a Winergy Multi-Duored distributed gearbox and two PMGs fitted inside existing Bard 5.0 nacelles. Two onshore prototypes were built in 2011, but development ceased with Bard’s 2013 bankruptcy. 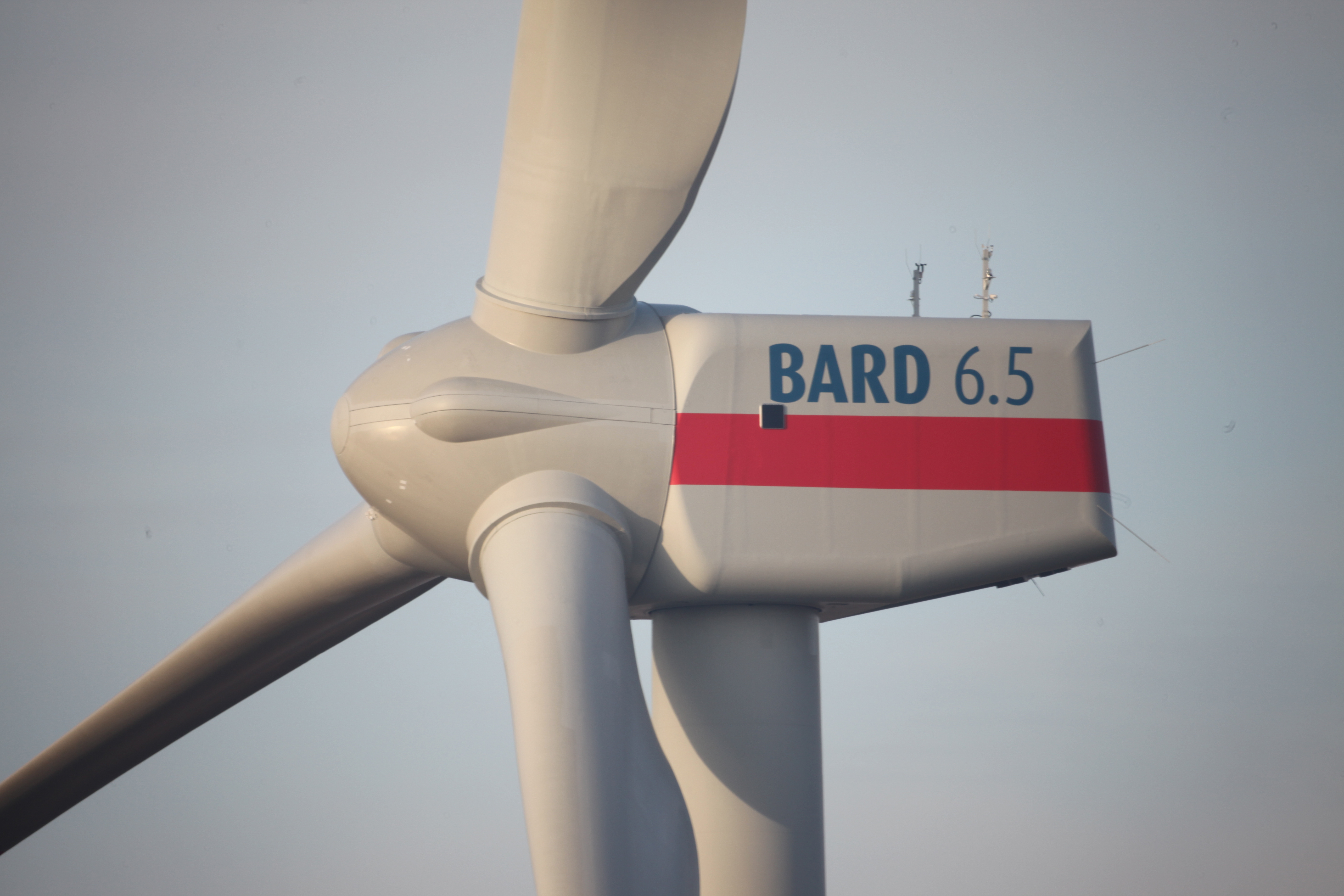 US-based technology provider AMSC issues third-party licenses. This 10MW offshore concept “in an advanced development stage” is perhaps the world’s first with a compact direct-driven superconductor generator. The original SeaTitan featured a 164-metre rotor diameter until 2010, since enhanced to 190 metres. Head mass is around 500 tonnes, though, which is achievable by conventional turbines such as the MHI Vestas V174-9.5MW.

The pioneering fixed-speed active-stall controlled NW53 with two-bladed rotor and 52.6-metre rotor was the earliest commercial 1MW turbine at its launch in 1993. The rotor was later enhanced to 55 metres. It featured an unusual distributed gearbox with four generators mounted in the nacelle rear. NEG Micon acquired NedWind in 1998, leaving behind only a modest NW53/NW55 heritage.

The 6.2MW 2B6 with 140.6-metre rotor (399W/m2) is a radical two-bladed downwind offshore turbine with a claimed design life of 40 years. The turbine is mounted on a wide-base lattice-type truss tower that extends to the seabed. The nacelle has a self-aligning “soft jaw” system. The non-integrated high-speed geared drivetrain incorporates a main shaft with two bearings, gearbox and DFIG. A prototype has been operating since 2015. 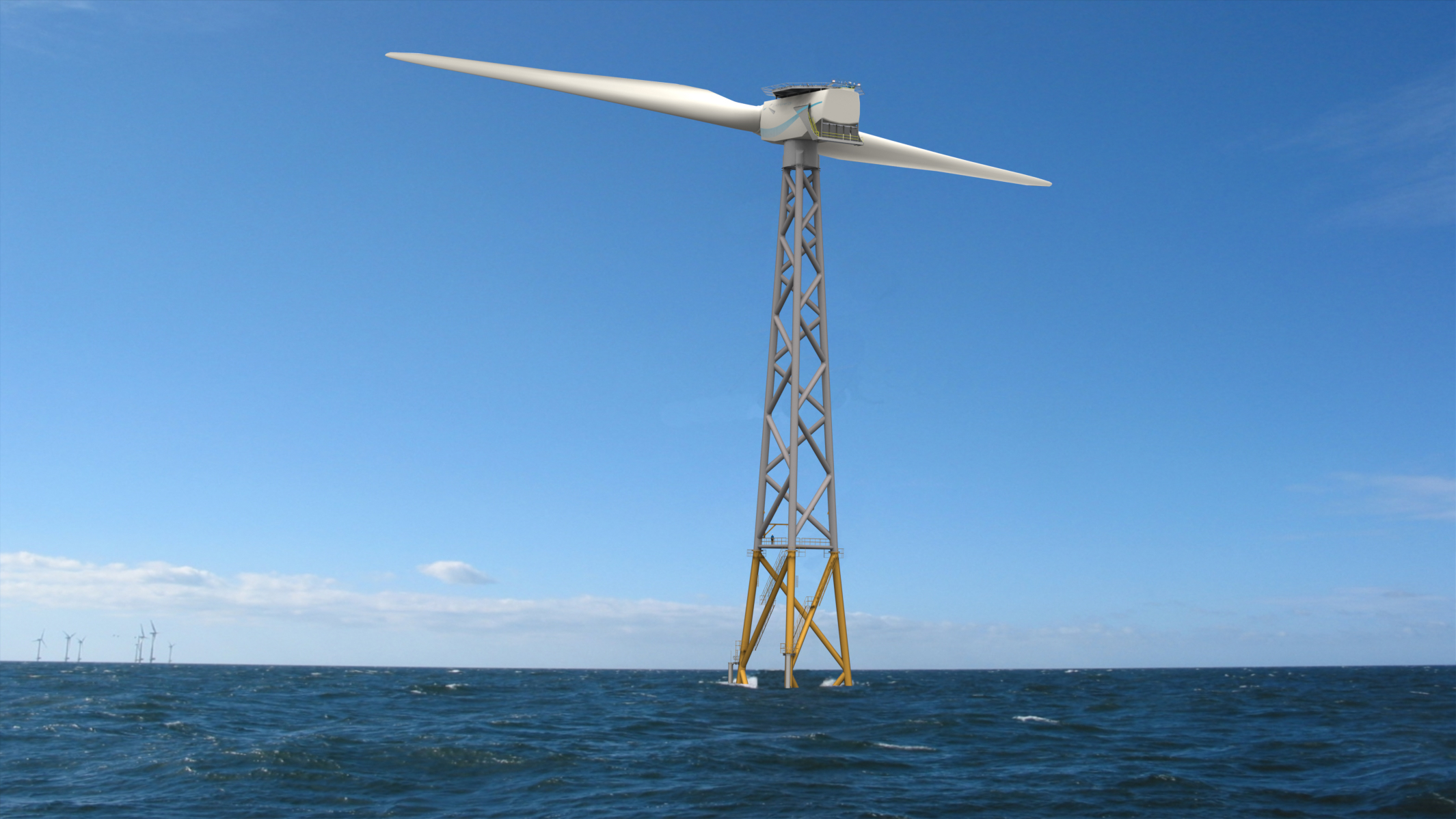 This striking 10MW direct-drive concept with a 164-metre rotor featured an “open” 25-metre spoked PMG. The blade pitch bearings were positioned around 15 metres off rotor centre, allowing shorter blades and direct coupling between the blade support structures for short optimised load path. The company filed for bankruptcy in 2014, with no prototype built. 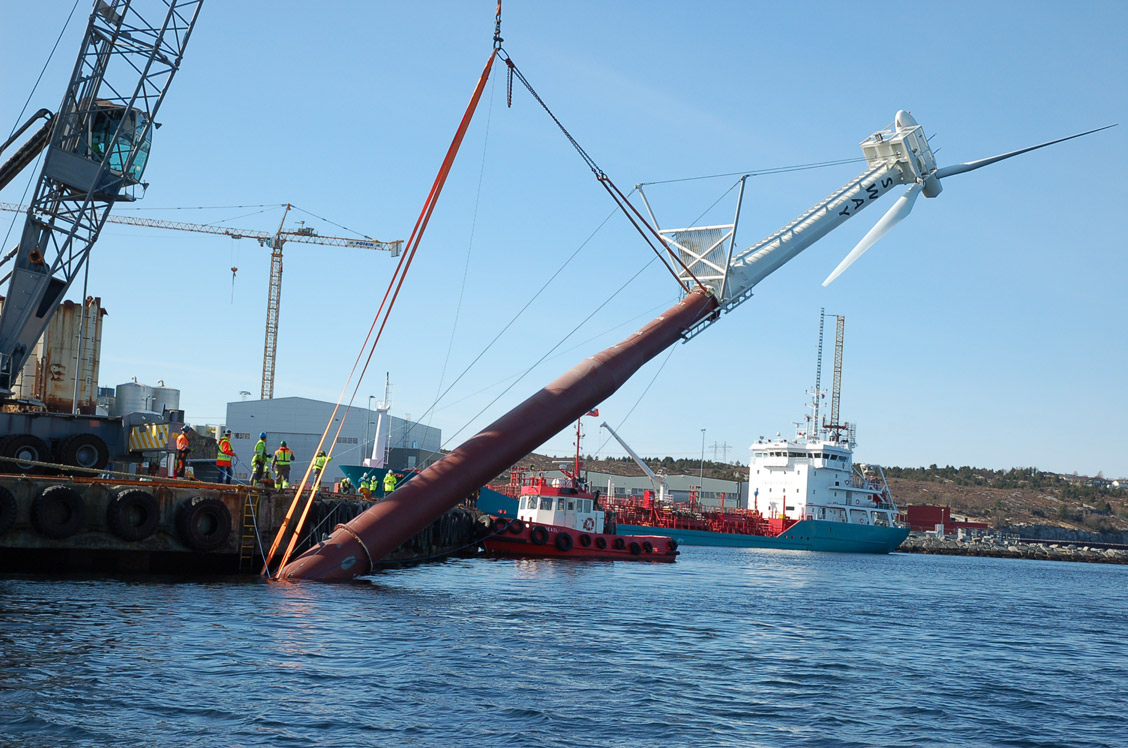 The UK-based VertAx 10MW announced in 2009 is a concept for a high-wind vertical-axis offshore turbine with H-shaped Darrieus rotor, 140-metre rotor-diameter and 110-metre blade length. Innovative features include modular-design “foldable” blades with skeletal load-carrying structures and aerodynamic cladding, plus two PMGs at the tubular upper tower section. No prototype has been built.

The pitch-controlled 11MW Airgenesys concept unveiled in 2012 featured two three-bladed 103-metre rotors at opposite nacelle sides with 30-degree blade offset. Each drives a single-stage planetary gearbox and their coupled output shafts power a step-up bevel gear. The vertical output shaft drives 12 generators at a rotating flywheel circle in the tower base. The project status is unknown.