Europe's nations will struggle to hit their ambitious plans for climate change and energy unless there is more visibility over auctions for new wind projects, according to a flagship report from WindEurope.

If governments fully implement their National Energy and Climate Plans (NECPs), Europe will have 397GW of wind power capacity by 2030 – more than twice as much as today. This 397GW total capacity would be split between 286GW of onshore wind and 111GW of offshore wind.

Speaking to Windpower Monthly, WindEurope CEO Giles Dickson said: “Our industry is ready and eager to invest in the supply chain, human resources and new infrastructure. But companies will only make those investment decisions if they know exactly how much new capacity a country wants to build and when.

"We need this visibility on future auction schedules. Otherwise, governments risk missing out on huge investments in the green recovery from COVID-19.”

However, plans currently give insufficient visibility on when and how governments will auction new wind farms and fail to simplify the process of getting permits for wind farmsWindEurope instead forecasts Europe to reach 324GW of wind power capacity and to actually lose 20,000 jobs from today. This 324GW total capacity would be split between 243GW of onshore wind  and 81GW of offshore wind.

Its new report outlines eight policy recommendations that will make or break ambitious goals to transform the continent - with a massive expansion of wind over the next thirty years.

A central plank of WindEurope’s analysis focuses on European’s recovery plan with an assessment that it will “only be as green” as the projects it funds and the jobs it creates.

The paper, Wind energy and economic recovery in Europe – How wind energy will put communities at the heart of the green recovery, deconstructs the aims of the EU Green Deal to expand wind from 15% of Europe’s electricity today to about half by 2050.

It identifies 300,000 wind energy jobs in Europe in a sector that contributes €37bn to EU GDP every year, with each new wind turbine generating €10m new economic activity. 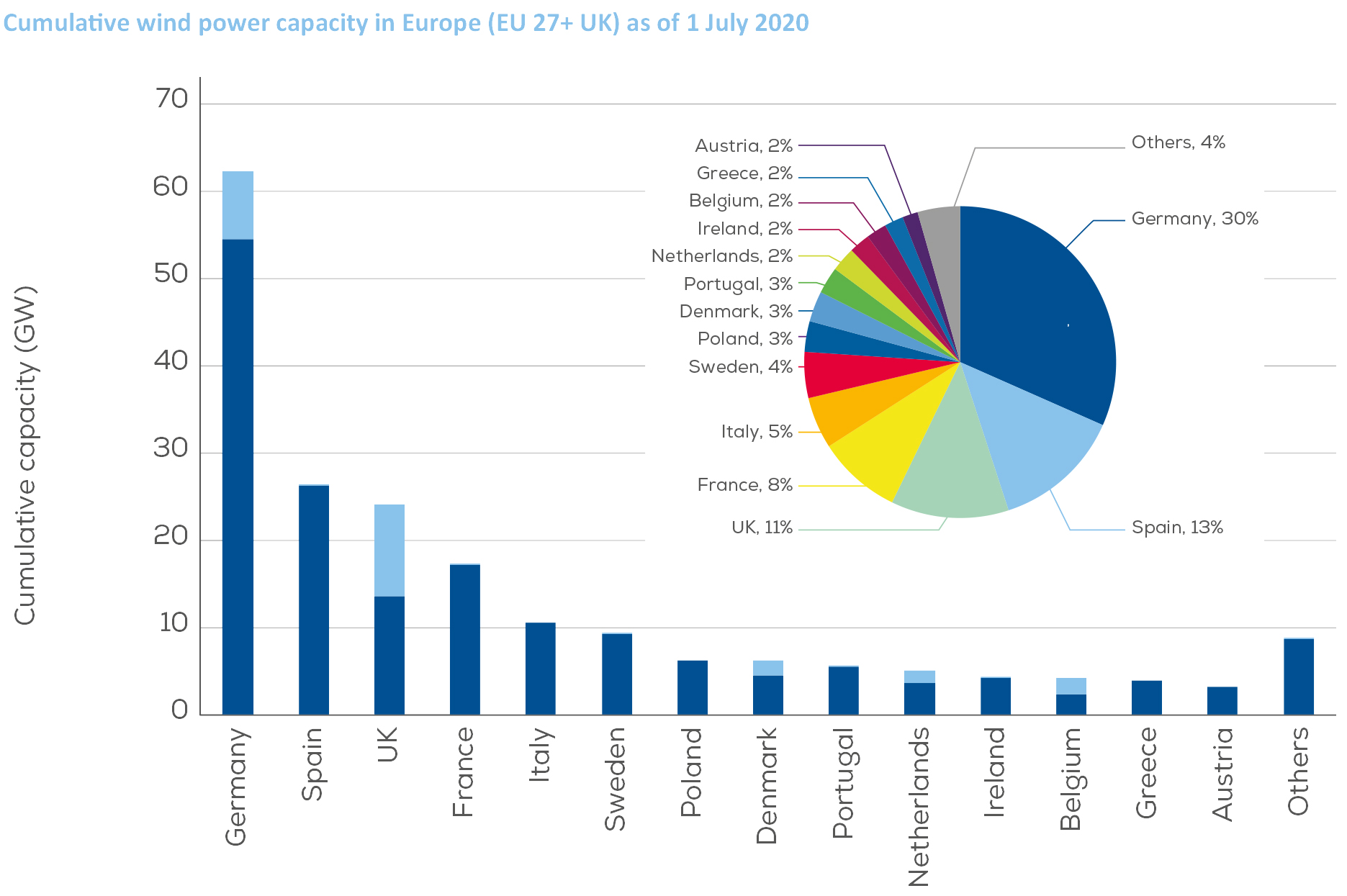 There are 248 factories across Europe that produce turbines and components, from planning, construction, logistics and research and development (R&D).

Dickson said: “Investing in wind will help Europe reset its economy. There’s a pipeline of new projects waiting to start. And the expansion of wind energy envisaged in the National Energy & Climate Plans will create 150,000 new jobs.

But this is "provided governments implement their plans properly. If they don’t implement them properly, and if they don’t simplify the permitting arrangements for new wind farms, then we’ll lose jobs”.

Eight policy recommendations for national governments and the EU

In its call for European nations to do more, WindEurope insists that governments must “fully implement” their NECPs.

But without significant improvement in visibility around when and how governments auction new wind farms — among a raft of questions for Europe’s leaders — the continent’s aims will fall short at 324GW of wind by 2030, losing 20,000 jobs compared to 2020 in the process.

Dickson added: “Citizens and communities are central to the energy transition. And wind energy plays a key role here. Wind brings revenue to rural areas. Many town halls in Europe get over 10% of their budget from the local wind farms.”

The shortcomings would, in turn, hit communities across Europe, the report says, as wind energy pays €5bn in taxes annually, with payments often directed back to deprived rural municipalities and community benefit funds.