The apparent recovery of turbine purchasing that began in June continued through the summer, with the third-quarter total recorded by Windpower Intelligence up significantly — not only from the preceding three months, but also on the corresponding period one year ago.

The top five western manufacturers – Vestas, Siemens Gamesa, Nordex, GE and Enercon  – reported firm onshore orders of just over 7.4GW in 28 countries in Q3, according to Windpower Intelligence, the research and data division of Windpower Monthly. 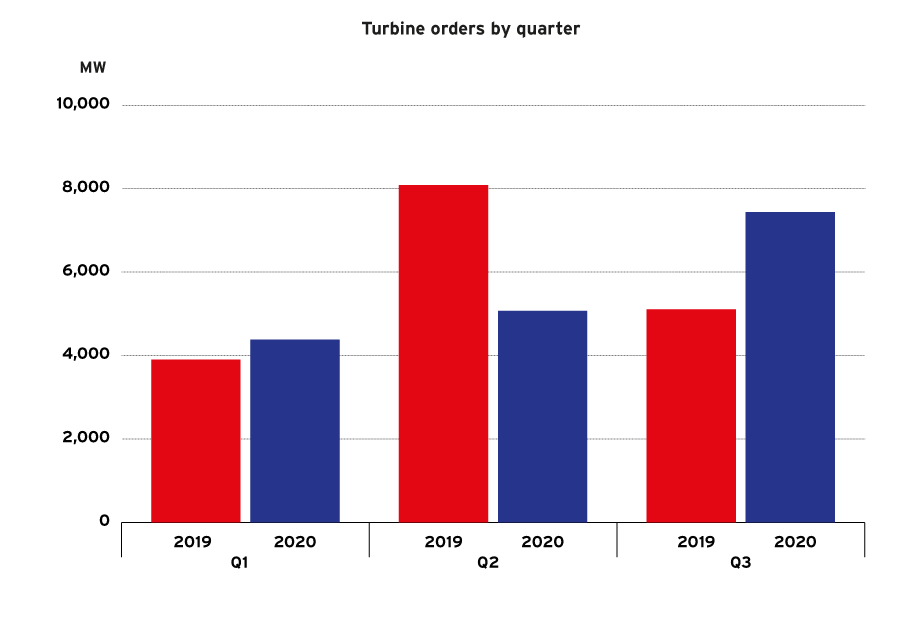 The continued recovery follows an apparent slump in reported turbine purchase agreements (TPAs) in the spring, before business started picking up again by the end of June. 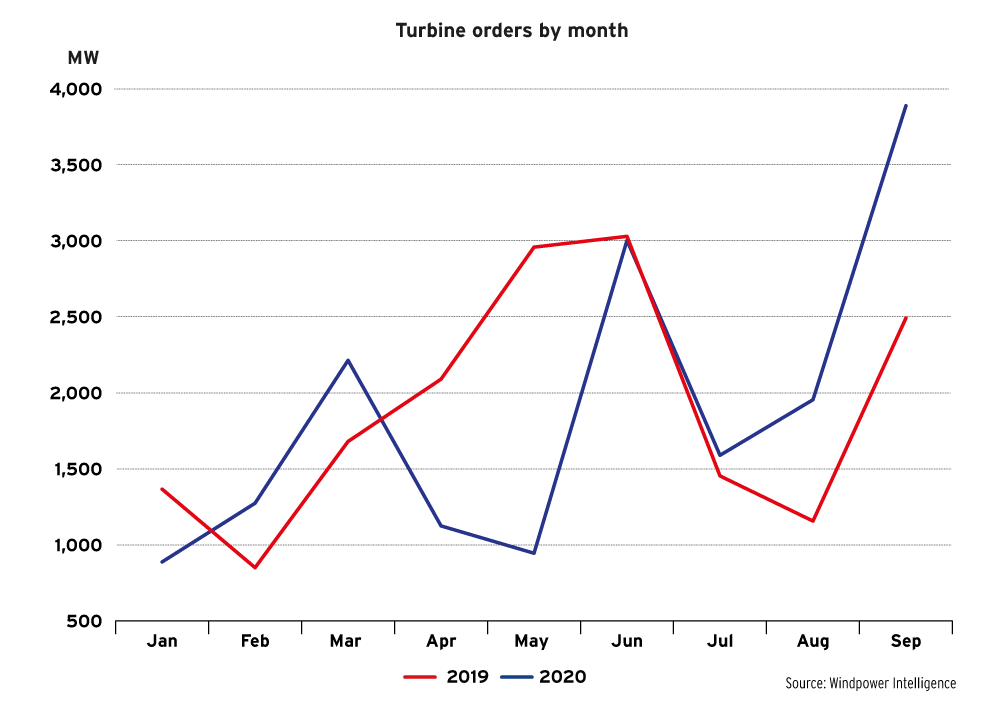 Analysts had suggested that cancelled trade events and company travel bans amid the coronavirus pandemic could have weakened transaction volumes in the first half of the year.

But provisional Windpower Intelligence data for the July-September quarter appear to suggest that this downturn has now passed.

The five western OEMs announced firm onshore orders in 28 countries in the third quarter – three more destinations than were recorded in the first half of the year, and eight more than in Q3 2019.

There was also a number of large orders in Egypt, Russia, Pakistan, Morocco and Colombia in Q3, and more than 1GW of orders were recorded in emerging markets last month.

Windpower Intelligence recorded 350MW of orders from China in Q3 2020, but this figure is likely to be higher as Chinese manufacturers’ orders were excluded from the provisional data as not enough information is available.

All five OEMs recorded more firm, onshore turbine deals in Q3 2020 than they had a year earlier and in the second quarter of 2020. 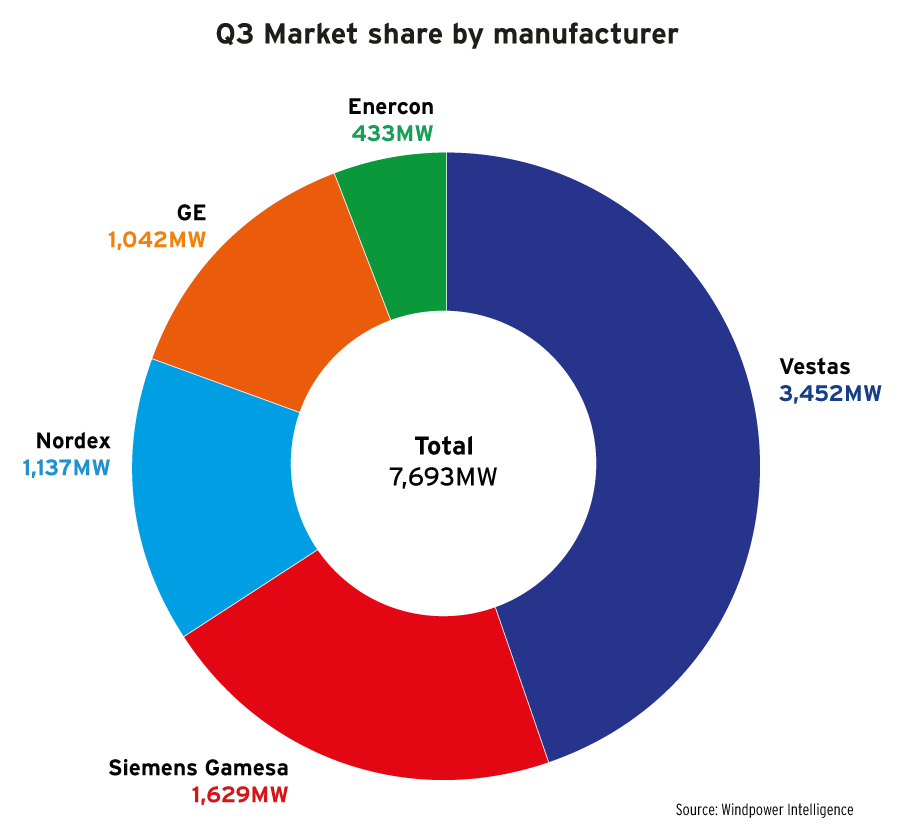 Meanwhile, Siemens Gamesa and Enercon recorded more orders in Q3 20 than they did in the first six months of the year combined.