Demand for renewable energy documented with Guarantees of Origin (GOs) grew 15% in the first half of the year, reaching record levels, according to new data.

By the end of June, GO-documented renewable energy demand in Europe reached 530TWh, up 15% from one year earlier, according to figures from the Association of Issuing Bodies (AIB).

Guarantees of Origin are electronic documents that prove to the end consumer that a quantity of electricity originated from a specific renewable energy source. Consumers can trade these certificates and use them as evidence of how much renewable energy they are using.

The demand for renewable energy in Europe in the first half of 2020 is also higher than demand for all full years recorded, with the exception of 2019.

There has been steady growth of GO-documented renewable energy demand in recent years, with such demand showing a compound annual growth rate (CAGR) of 16% between 2012 and 2020. 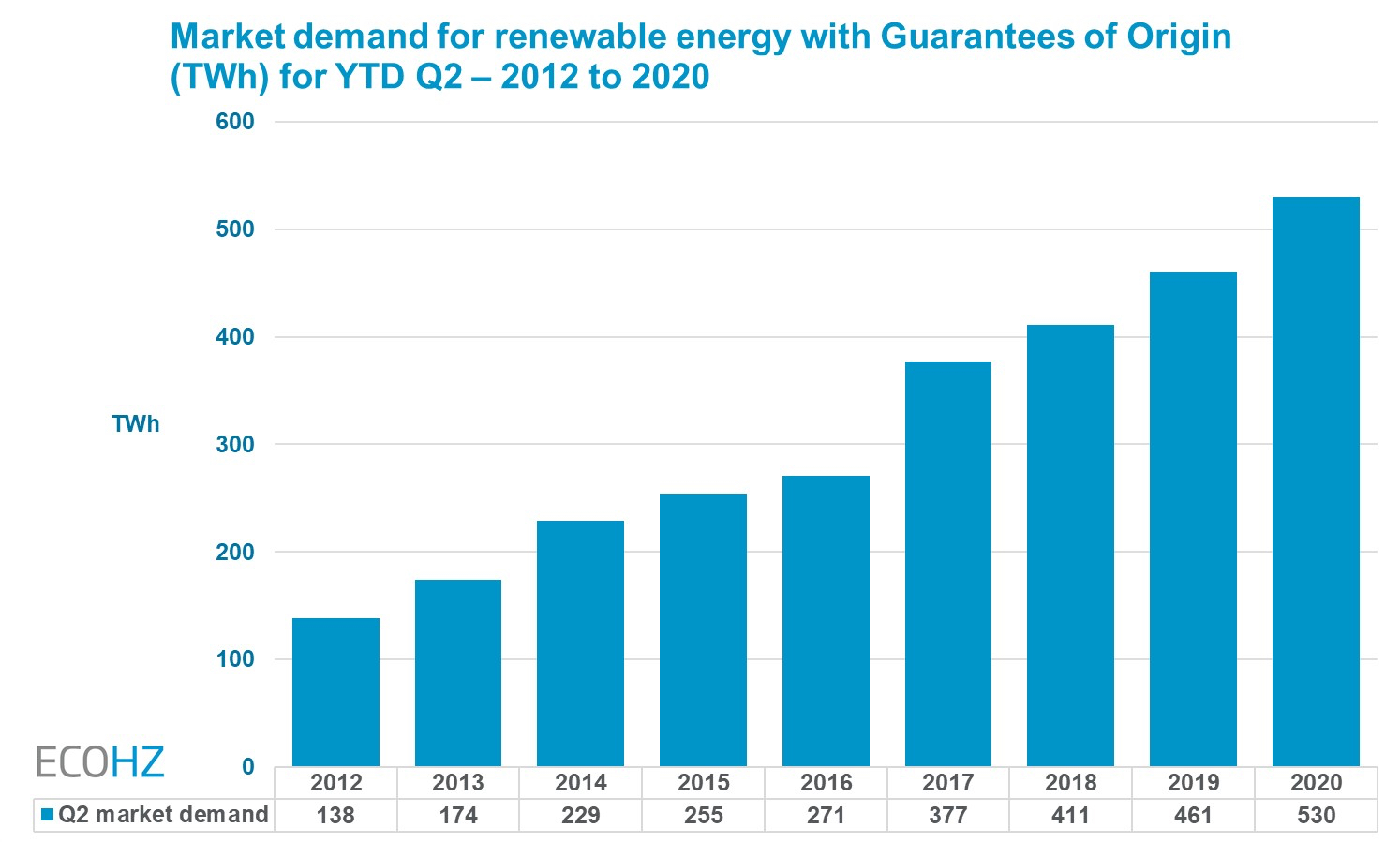 The growth in H1 2020 comes amid the coronavirus pandemic, which has seen peak levels of renewable energy output starting to outpace the reduced energy demand across Europe.

Renewable energy consultancy EcoHz noted that much of the continued growth is likely coming from a growing group of corporates with extensive energy use across international markets and ambitions to decarbonise.

The EU’s new Renewable Energy Directive has also clarified the use of GOs, while some countries are more diligently reporting and documenting sustainability results and disclosing energy consumption than before, the consultancy added. All of these developments make businesses more confident in using GOs to document renewable energy consumption.

New platforms offering corporate customers access to renewables have also appeared in 2019 and 2020, EcoHz added, aiding the growth of GOs.

While the second half of the year traditionally shows significantly lower volumes, EcoHz believes 2020 will likely be a record year for GO-documented renewable energy demand – assuming the market does not suddenly deflate.