Negative power prices have been increasingly common in Europe during the first nine months of the year, with wind-heavy markets especially vulnerable, according to new analysis

European countries on average saw negative day-ahead prices 0.8% of the time, which is typically 3-4 times higher than levels seen between 2015 and 2018, and more than twice those in 2019.

Markets with high wind generation levels – such as Germany, Denmark and Ireland – were especially susceptible to negative power pricing between January and September 2020, according to European power market data analysts at EnAppSys.

This is because peak levels of wind output have started to outpace the reduced levels of power demand amid the coronavirus pandemic, the analysts explained.

By comparison, countries in which renewable generation makes up only a small part of the overall power mix tend to operate in a less volatile market and experience less negative power pricing.

Alena Nispel, a business analyst at EnAppSys, explained that power markets in 2020 have been especially volatile – and therefore susceptible to negative pricing – due to increasing interconnection between the participating markets, a higher share of renewable output and lower demand.

She added: “If the frequency of (negative pricing) events increases, it may become the norm to move away from the fixed value in the future and instead use more power when the market is oversupplied and less when power is at a premium.” 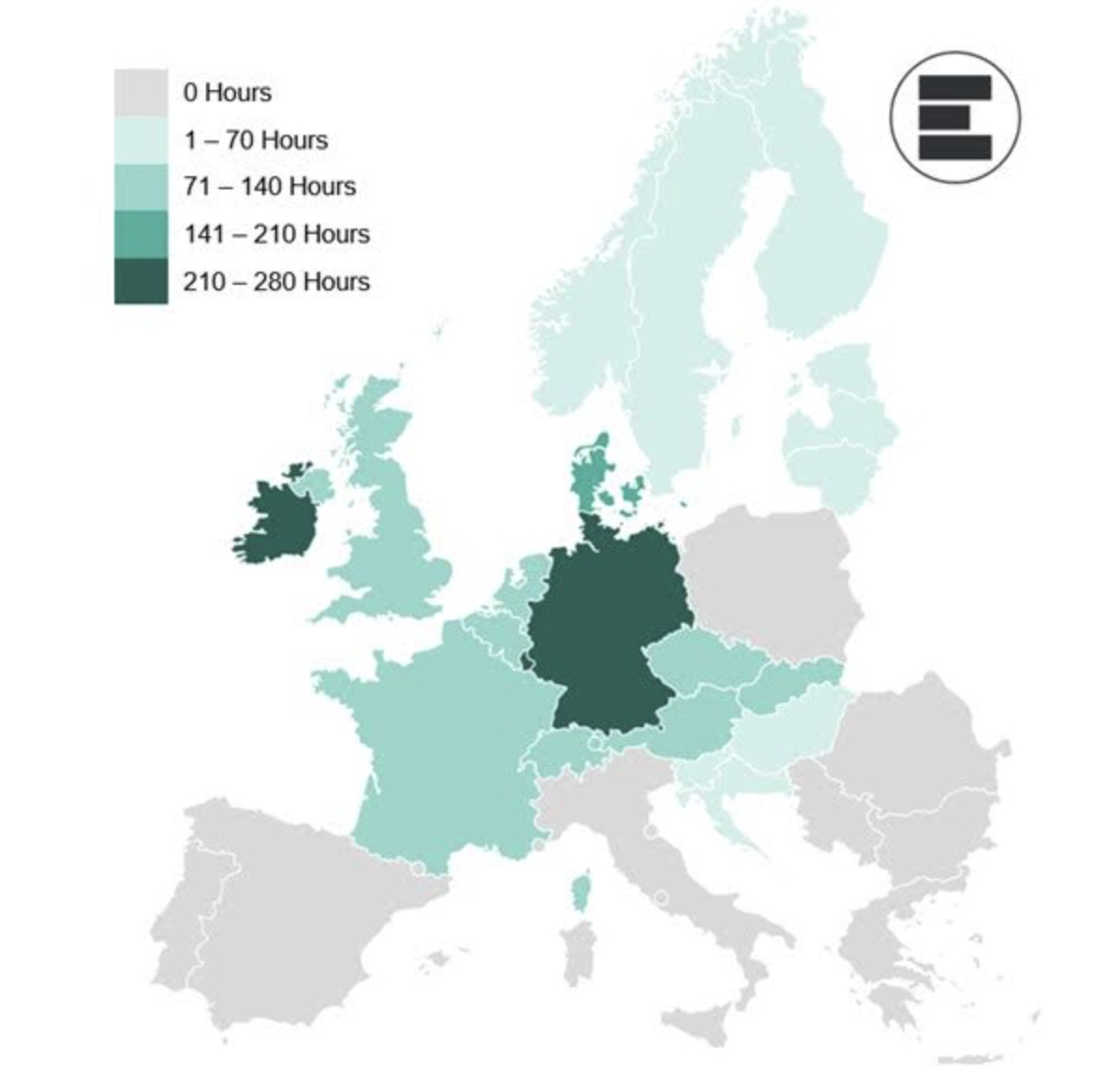 The total number of hours of negative day-ahead prices in power markets, January-September 2020

The overall energy demand covered by wind generation reached 49% in Denmark, 36% in Ireland and 27% in Germany – the highest three rankings in Europe. These three markets were hit particularly hard by negative pricing in the first nine months of 2020 (see above).

For example, Ireland saw negative prices for 4.2% of the time, well above the norm for Europe (0.8%). Meanwhile, Germany had prices of -€83.94/MWh for eight hours on 21 April when wind generation was above the monthly average and solar generation was also high – together they supplied about 88% of Germany’s demand that day.

Belgium has also had particularly low prices due to a combination of high nuclear and solar generation, which at times have oversupplied the market during periods of low demand. At its low-point, prices dropped to -€115.31/MWh on 13 April – the lowest pricing recorded in Europe this year (see below). 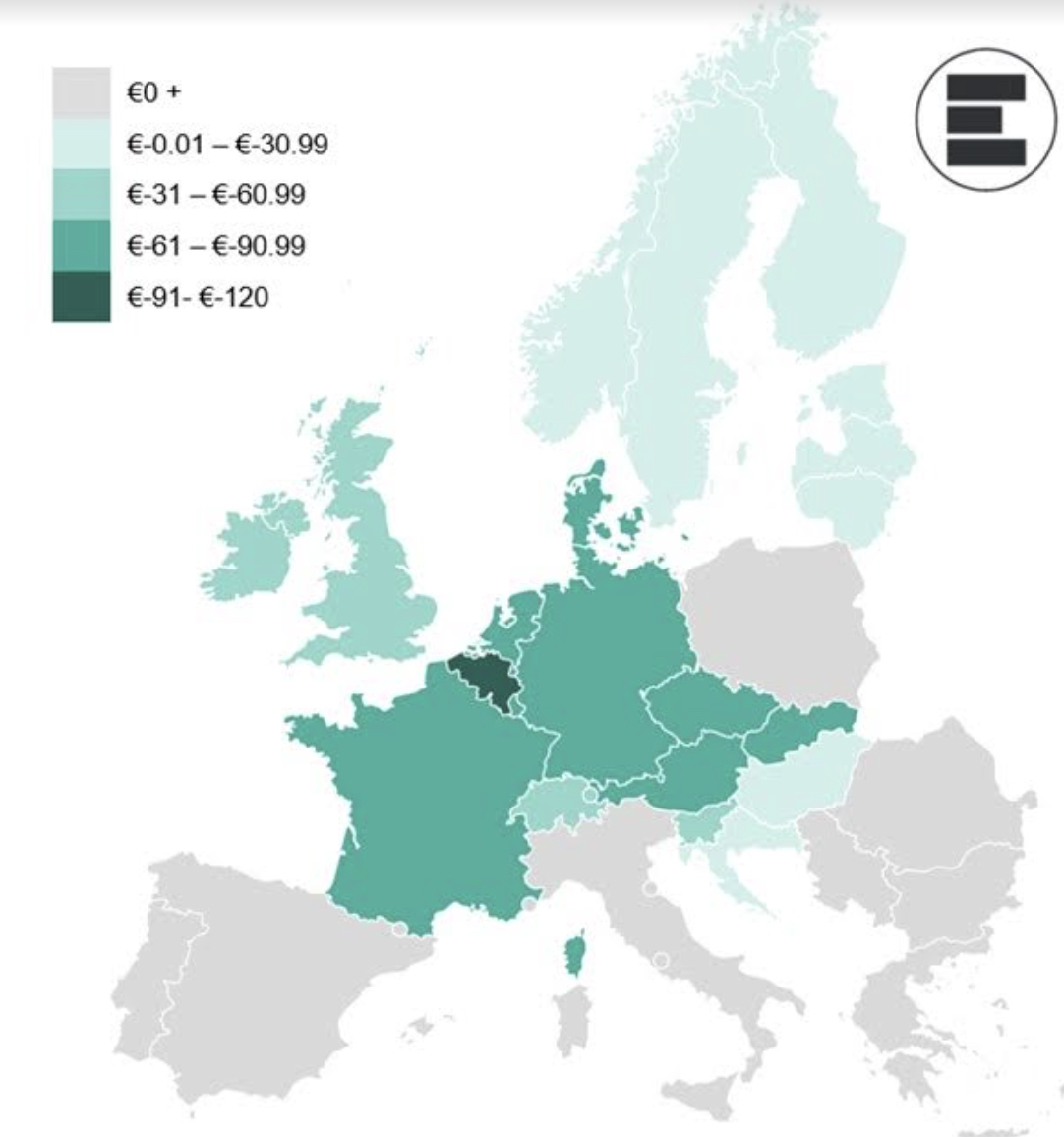 The lowest day-ahead price a market has experienced in 2020

Solutions to reduce intermittency and reduce the frequency of negative power pricing do exist, however, EnAppSys noted.

The analysts suggested electricity storage and technologies that provide services without producing active power could help. They added that synchronous condensers – DC-excited synchronous motors which adjust conditions on the electric power grid – could be especially helpful.

Using synchronous condensers – rather than fossil fuel-fired power plants – to provide services such as inertia, mean that such power plants can be switched off and more renewables can be accommodated in the market, while reducing instances of negative pricing.

Nispel explained: “In Britain, these synchronous condensers provide inertia to the market. In essence, inertia is a natural resistance to any changes in the electrical frequency of the market. This resistance means that frequency drops at a slower rate when a loss of supply occurs, as it is necessary to keep frequency within a certain range.”