The results are in: UK and German citizens want wind power to play a key role in their respective countries’ decarbonisation plans.

This clear message from recent reports and surveys does not necessarily chime with the UK and German government’s actions, or lack thereof, in recent years.

The large majority of the UK’s Climate Assembly — a pool of 108 citizens, chosen to be representative of the UK population and commissioned by parliament to examine the question: "How should the UK meet its target of net-zero greenhouse gas emissions by 2050?" — agreed that onshore (78%) and offshore (95%) wind power should be part of the UK’s solution.

And a recent survey by German water and energy association BDEW found that 75% of those surveyed think the German government should push ahead with the expansion of offshore wind. Only 15% are against the idea.

Both metrics show public support for offshore wind power, with the UK Climate Assembly acknowledging its remoteness as a benefit to society.

Germany has not held an offshore wind auction since 2018, but plans to resume them from 2021. Industry groups have lamented the uneven timing of tenders, and, more recently, the prospect of potential developers having to pay for their projects to be selected.

Meanwhile, the UK has become a world leader in offshore wind, but the government has — until recently — barred onshore wind from competing at auction, closing off a possible route to market. Even the UK government’s own climate advisers had warned against this ban, arguing it would set back moves towards net-zero greenhouse gas emissions by 2050.

Nevertheless, the public sounding board described onshore wind as "proven", "clean" and "low-cost", according to its first report.

Thought you were drowning in data? 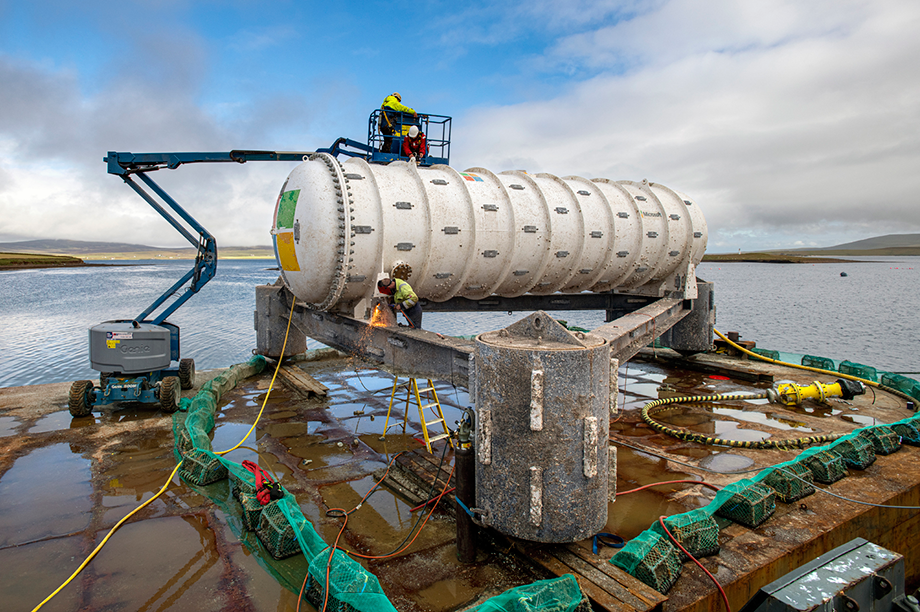 Microsoft is considering powering an underwater data centre with renewable energy after a successful two-year deployment of a data centre 35 metres under the waters of the Orkney Islands off Scotland, whose grid is completely supplied by wind, solar PV and other renewables.

Its servers suffered far fewer failures than experts would expect in a land-based, human-run data centre over the same period.

19% Share of all electricity generation that will be used to produce hydrogen, hydrogen-based fuels and feedstocks derived from electrolysis by 2070

"Despite the Covid-19 crisis, stronger clean-energy actions and ambitions from a growing number of governments and companies around the world make me increasingly optimistic for the future"