China's offshore wind power capacity grew by 1.4GW in the first half of 2020, taking its total installed capacity to 6.4GW.

According to the WFO’s report, covering the first half of 2020, the UK remains the world’s biggest offshore wind market with more than 10GW, of which 714MW was added in H1 2020.

Ten new offshore wind projects went into operation in the UK, China, Germany, Portugal, Belgium and the US, WFO said. A number of small pilot projects, using floating technolgy, meant the average capacity of new developments fell from 325MW in H1 2019 to 254MW in the same period this year.

There are 157 offshore wind projects currently in operation, with 105 in Europe, 50 in Asia and just two in US, the report said. 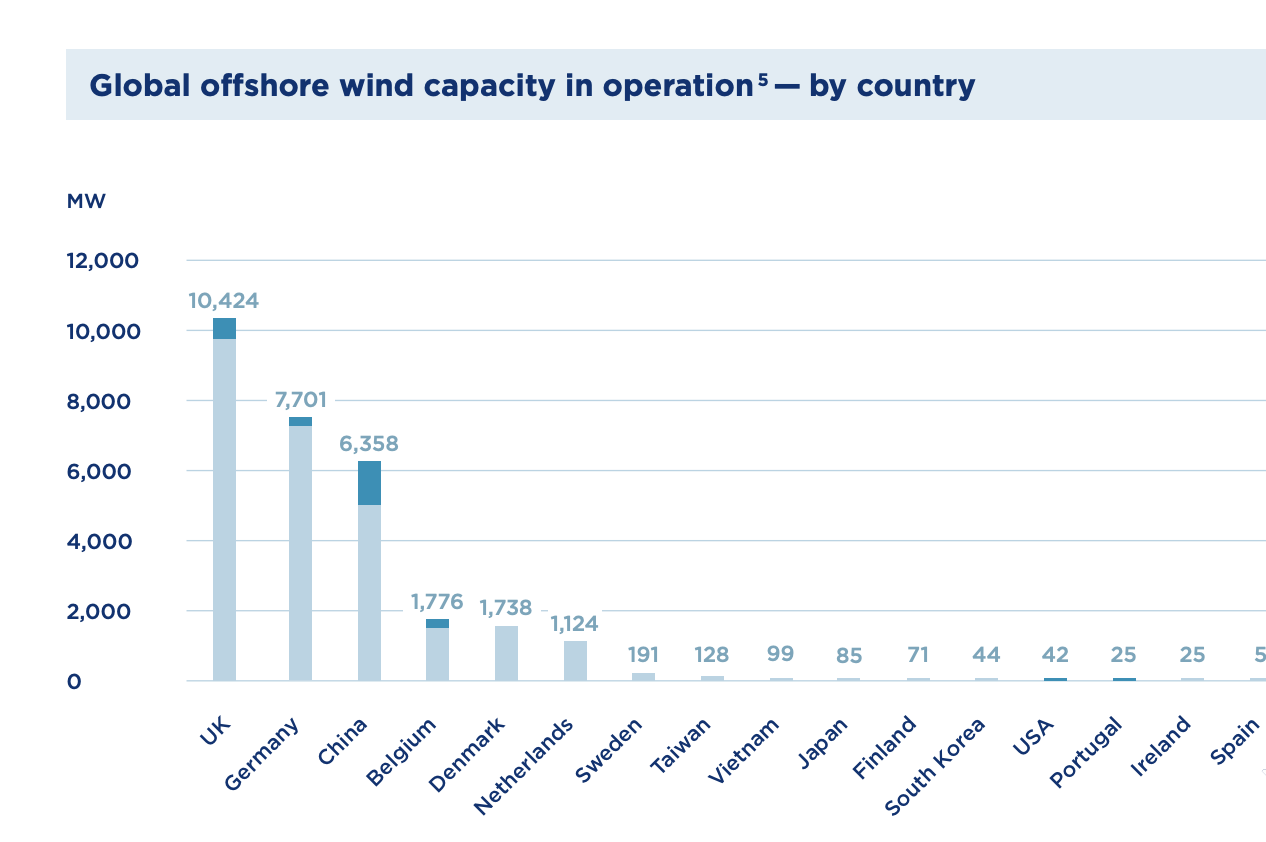