Experts at the the University of Maine have worked with Nasa engineers to design and test an offshore wind turbine that has been connected to the US power grid.

A “revolutionary” device that was created to fix the problems caused by “resonant mode” vibrations in rockets is now making offshore wind power more efficient and affordable by steadying floating vessela, the space agency says.

The team managed to remove 90% of the up and down motion of an offshore turbine with the device.

The discovery came when an uncrewed Ares I-X prototype launched in October 2009 on a test flight - which was successful - but where the rocket caused vibrations that would have been dangerous for astronauts.

It led two Nasa engineers Rob Berry and Jeff Lindner to start work on a “disruptive tuned mass device” that they used in the build of the Ares I rocket.

That same “fluid structure coupling” tech is now being adapted for commercial use on wind turbine platforms as well as the space agency’s own projects. 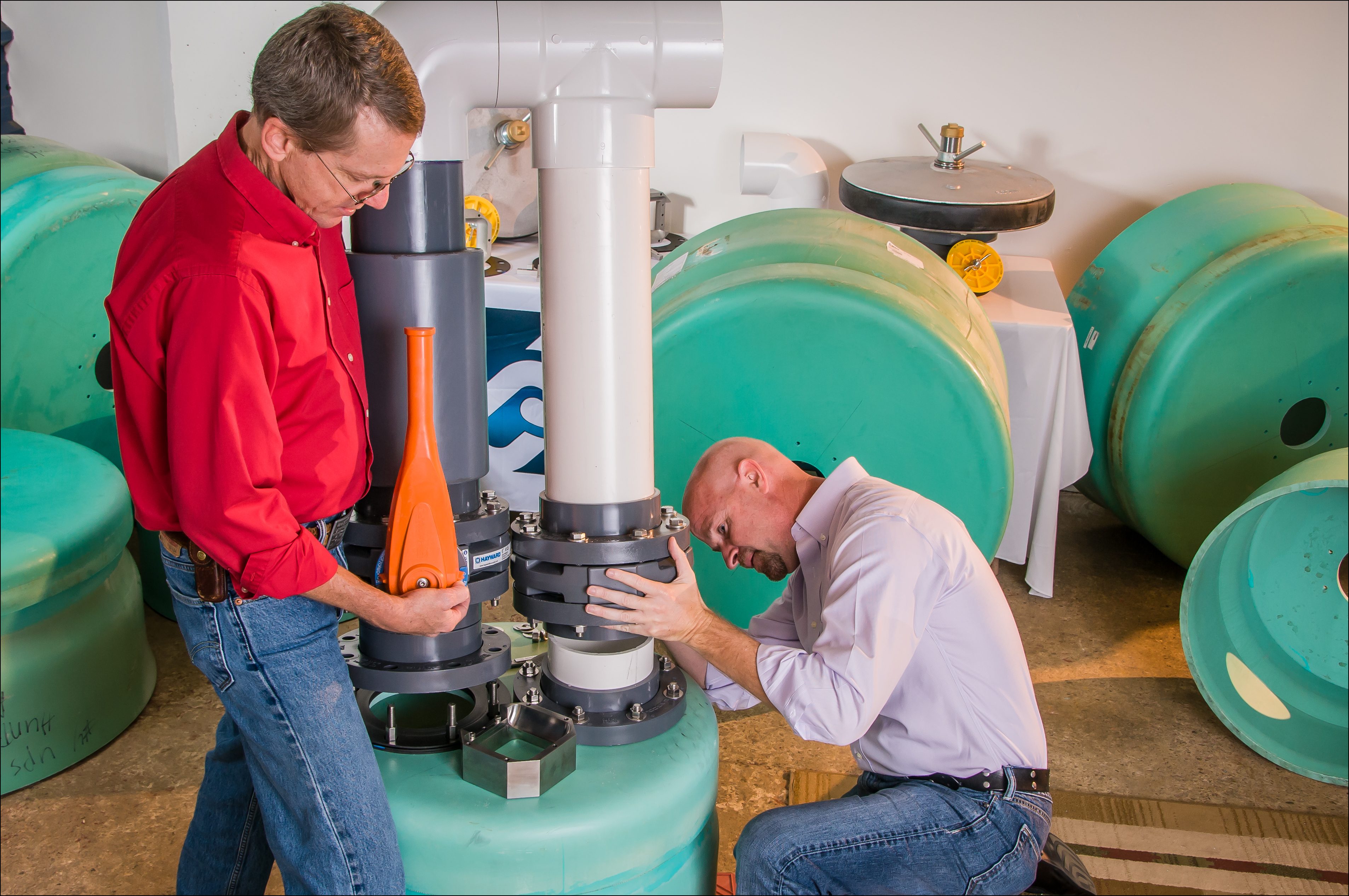 Ares I was originally a rocket developed to travel to destinations like the moon, though this mission has since been discontinued by Nasa.

Nasa engineers found a way to use the mass of liquid fuel stored for the second-stage rocket.

The technique used a small device loaded into the liquid to eliminate between 50 to 100 times more of the vibrations than had previously been expected.

The device works by expanding and contracting at a specified frequency and moves the fluid in time with the device instead of spacecraft vibrations.

It means that the fluid acts as if it is no longer part of the spacecraft and so changes the overall resonant response of the rocket.

Testing began at University of Maine in 2018 with a wave tidal pool to simulate conditions at sea with a small scale wind turbine to test the device on.

The project was funded with $90,000 from Nasa’s Technology Transfer program as well seed funding from the university.

Houston Offshore Engineering is now looking at implementing the device on its offshore platforms backed by funding to develop the technology from the US Department of Energy’s ATLANTIS project.

The scheme aims to reduce the cost of offshore wind energy to make it more competitive.

By reducing the platform’s motion in the sea, the device makes wind turbines significantly more efficient.

The ability of a turbine’s blades to capture wind in a consistent way are significantly impaired when platform pitches about dynamically.

Chris Allen, a research engineer at the University of Maine, said the device has the potential to allow high energy generating performance from of a much smaller, cheaper platform.

Allen said: “This is what we’re looking at here, an out-of-the-box type of idea to reinvent the way people look at offshore wind.

"If we can be successful implementing this in offshore wind turbines, we could really be ahead of the game at being able to deliver offshore wind energy at an incredibly competitive price.”

The offshore wind turbine was first designed at the University of Maine in 2013.

After the Ares project was discontinued, the team at Nasa’s Marshall Space Flight Center in Huntsville, Alabama, started using the technology by adapting it for buildings.

It was used to steady structures under threat from earthquakes as well as skyscrapers facing high winds, before the license was signed up by New York-based engineering firm Thornton Tomasetti.

The fluid structure coupling technology is now being harnessed for the maritime environment and offshore platforms.

Engineer Rob Berry said using the device at sea was a logical application.

He said: “Our goal was to show the industry that this technology applies to their use cases, that it does work, and that it is implementable. They loved the idea, for a building, but nobody wanted to take that leap, so we had to go show it."