The grid operator also awarded contracts – with terms of up to 16.5 years – to almost 800MW of solar projects.

The individual bid and average prices for the 19 successful wind farms making up the combined capacity of 480MW were not revealed.

The average successful price for both technologies was €74.08/MWh – a 7.6% reduction from the existing cost of Ireland’s support scheme, which was €80.25/MWh last year.

Wind farms were successful across the country, while the 63 successful solar PV arrays tended to cluster in the south and east of Ireland (see below). 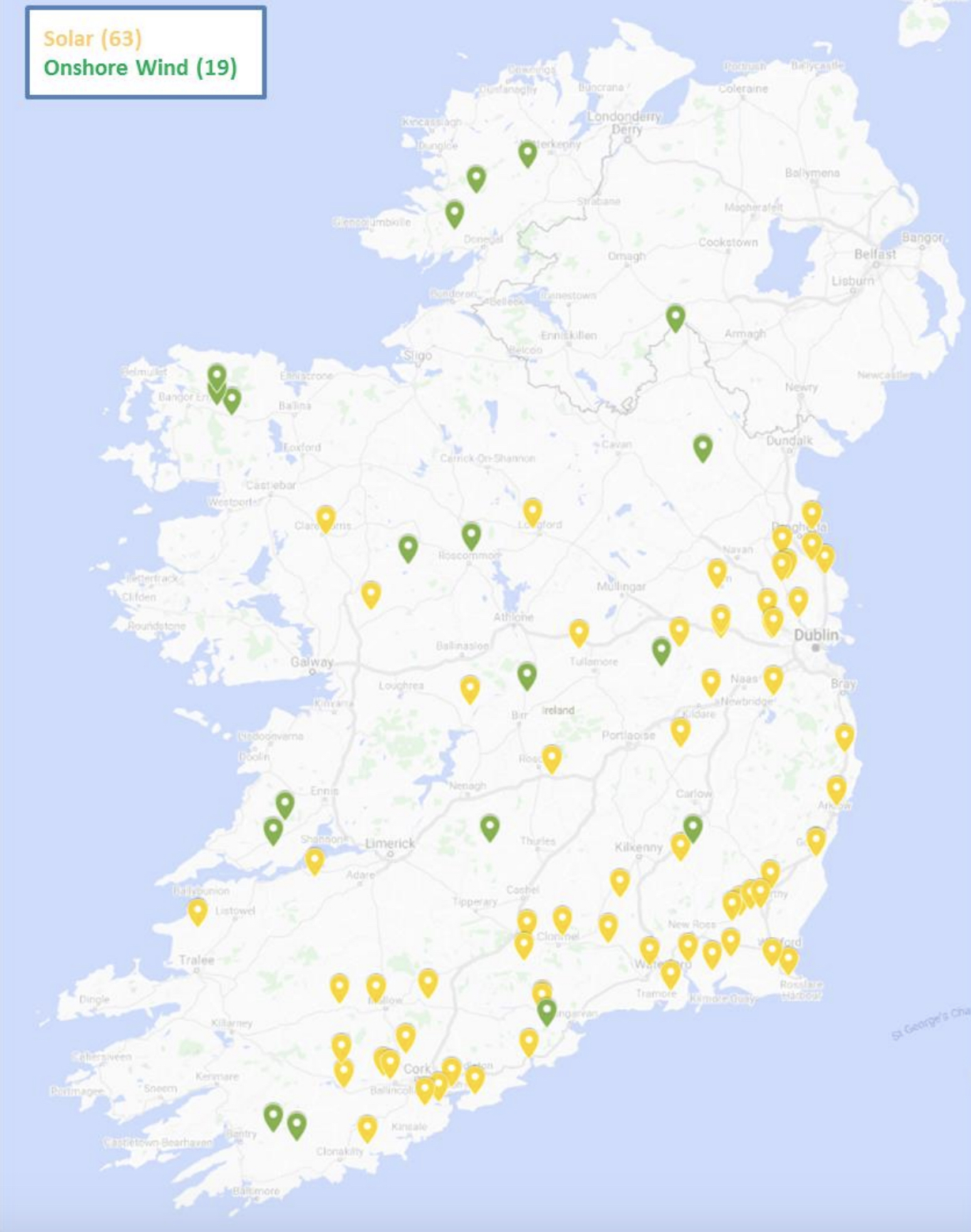 The final results are due to be published on 10 September, and developers awarded contracts by 25 September.

The CEO of the Irish Wind Energy Association (IWEA), David Connolly, described the tender as “first big step” towards Ireland meeting its goals of connecting an additional 4GW of onshore wind to the grid by 2030, and sourcing 70% of its electricity from renewables by the end of the decade.

However, Connolly added that Irish wind power prices could be cut from levels seen in the tender.

Accordingly, developers factoring this into their bid, has increased bid prices in the auction round by as much as €10-12/MWh, the IWEA’s Connolly explained.

Other developers also bid higher prices as they had to factor in the possibility of Ireland’s grid not being strengthened in coming years – which would lead to power being curtailed as renewables’ grid penetration increased, and developers being paid for less output.

Turbine tip heights are increasing in Ireland, according to IWEA, but have only recently hit 125 metres.

The IWEA called on Ireland to begin planning for onshore and offshore renewable energy auctions to be held in 2021.

It believes 600-700MW of onshore wind farms could be eligible to compete in a tender next year.