Although wind resources and climate vary across India’s vast territory, much of the country is regarded as a typical low-wind speed IEC-class III and IV wind market. However, there are exceptions, such as the states of Andhra Pradesh, Gujarat, Karnataka, and Tamil Nadu, where most the country’s better upper IEC III class wind sites are located.

Siemens Gamesa Renewable Energy (SGRE) is aiming its new SG 3.4-145 model specifically at these windier sites. The company developed the machine specifically to match the prevailing wind and environmental conditions and overall requirements in India’s best wind regions. The "next-generation" turbine is also better equipped than its 2.2MW SG 2.2-122 predecessor to meet the stringent lower-tariff requirements imposed by the auction market mechanism introduced in 2017-18 to replace the previous feed-in tariff system. 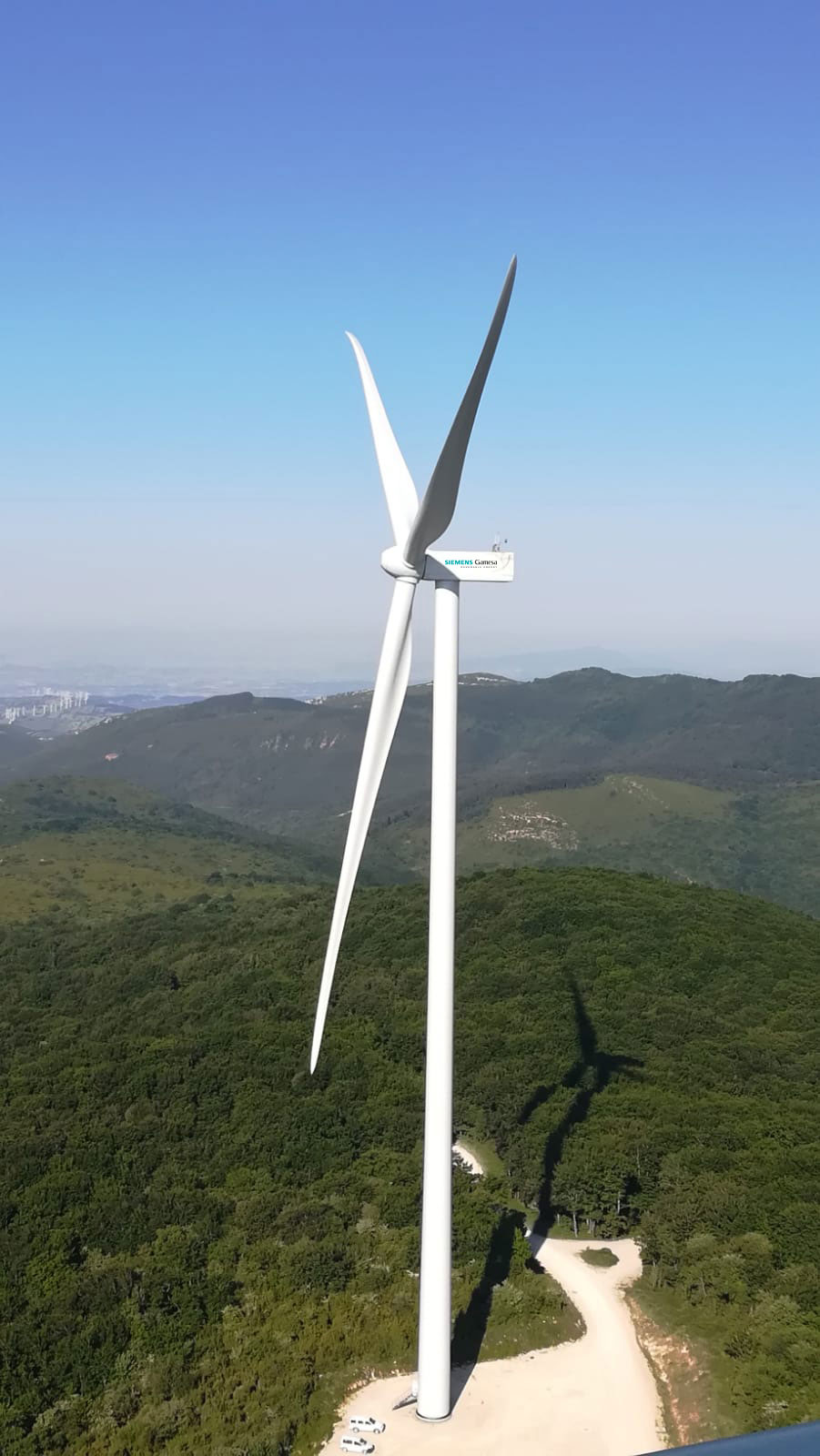 "To come up with competitive turbine specifications, the teams in the European and local Chennai design offices worked closely together. The resulting product is a turbine design optimised and certified for India-specific conditions in terms of wind, temperature and hub height," he says, adding that SGRE is the first company in the market to apply this strategy.

"The turbine is perfectly suited for many of the available sites in India with close to 7m/s mean wind speeds at hub height." A key consideration for the development team was to establish an optimal ratio between rated power and rotor-swept area in relation to wind conditions to deliver the lowest possible levelised cost of energy (LCoE) with the highest achievable reliability performance. The SG 3.4-145 comes with flexible 3.4-3.6MW ratings, enabling further fine-tuning to improve LCoE, whereby the 3.4MW mode corresponds to a specific power rating of 205W/m2, compared with 188W/m2 for the SG 2.2-122.

Both values are substantially higher than those of several recently launched Chinese 2.5-3MW-plus turbine models with specific power values in the 158-175W/m2 range (see WPM Products of the Year 2019). However, the local suppliers of these models typically focus on maximum annual energy production (AEP) under ultra-low 5.5-6m/s range mean wind conditions rather than on the higher wind regimes SGRE’s model is aimed at.

The 41% larger swept area the SG 3.4-145 offers against the SG 2.2-122 reference, together with the increase in nominal power, raises AEP by about 48% under close to 7m/s operating conditions, according to the company.

"The Indian onshore market is one of the largest in the world and evolves fast, so responding rapidly to changing market realities is key to retain our market leader position and long-term competitiveness," says Carretero Villanueva. "This incremental innovation perfectly fits into that pro-active goal for product development."

Largest blades made in India

A key enabler for this incremental increase are the 71-metre blades. Originally developed for the 5MW SG 5.0-145, the main model of the commercial 4.X platform, they are already being manufactured in India. Four initial prototypes were completed and shipped to Europe — three to a turbine test site in Spain and one for blade bench-testing in Denmark — in early 2019. The blades are now series-produced at SGRE’s Nellore blade plant in Andhra Pradesh.

The 71-metre blades for 4.X series global export markets are currently the largest made in India. The similar-size blades for the SG 3.4-145 again only come as single-piece components. For road transportation to project sites across India, largely similar blade transporters already deployed for the 60-metre SG 2.2-122 blades will be reused.

Retaining the same overall blade design offers two key benefits explains SG 3.4-145 chief engineer Iñigo Garrido. "Developing a new blade from scratch would have taken roughly a year to reach the prototype stage. A modular approach that allows us to use the same blade concept in different platforms while adjusting the structural design as necessary offered major savings in terms of both in ramp-up time and cost," he says. "Secondly, retaining the 145-metre rotor diameter allowed us to build at the 3.X [SG 3.4-132] instead of a larger platform and reuse a significant number of components as part of a modular strategy."

Additional modifications to the 3.X include structural component strengthening and some drivetrain enhancements, as well as fine-tuning other components according to target wind conditions. However, the SG 3.4-145 nacelle’s outer dimensions remains largely similar to those of the SG 2.2-122. Turbine "heads" will be transported to installation sites for onsite assembly in three modules: nacelle, drivetrain and hub without spinner.

The new turbine had to be adapted for India’s extreme and varying weather conditions, including the prevailing high humidity and ambient temperatures up to 40oC. "We did this by adding advanced monitoring and enhanced cooling systems, which ensures efficient thermal conditioning and performance at high-temperature sites," Garrido says. "We also paid a lot of attention to the electrical system, including our proven DFIG-based technology’s capability to meet current and future grid codes. This is important because India as a whole is hampered by many weak grid situations, reinforced by new more stringent grid codes in development."

The turbine for India comes with a 127.5-metre tubular steel tower, corresponding to a 200-metre blade-tip height. It is procured from the local supply chain and is composed of five sections. The maximum diameter of the slender bottom section, as with nacelle and blade transport, is aimed at enabling easy road transport across the country.

While the new turbine has been designed for India, Siemens Gamesa is also targeting it at other low-wind markets.

"Any individual market has different physical and other demands depending on country-specific circumstances," Carretero Villanueva points out. "So for other markets tubular steel towers with 94- and 100-metre hub heights have been developed, which will be made available for India as well. There is also a choice between concrete-steel hybrid and our in-house full concrete tower design where applicable."

The flexible rating strategy can also be adapted with the offer of lower ratings for projects with competitive power purchase agreement (PPAs) or nominal power limitations. And because the SG 3.4-145 focuses on Indian as well as international markets, the design is pushed to the limits regarding permittable loads for optimal LCoE when local site conditions allow for it.

"The design of wind-turbine components is normally affected by lifetime wind condition — therefore these conditions are critical factors for the overall turbine design," explains Garrido. "The physical relation between wind speed and rated power under different environmental conditions is also crucial. We consider a turbine lifetime of more than 20 years the norm. Clients in India now usually request 25 years, which applies too for international wind projects with PPAs, and we continuously adapt to these changing market dynamics."

Siemens Gamesa CEO for India, Navin Dewaji, is confident that the launch of the SG 3.4-145 comes at the right time to bring enhanced value for customers in a competitive environment. "With a robust product in hand and a dedicated team in place, we are strongly positioned to serve their needs amidst the dynamic market conditions," he concludes.

The SG 3.4-145 prototype was installed in February at the "experimental" Alaiz wind farm in Navarra, northern Spain, owned and operated by the Cener Spanish national renewable energy centre. The turbine was commissioned earlier this year and is already commercially available in India, with local ramp-up of nacelles and blades expected in early 2021. 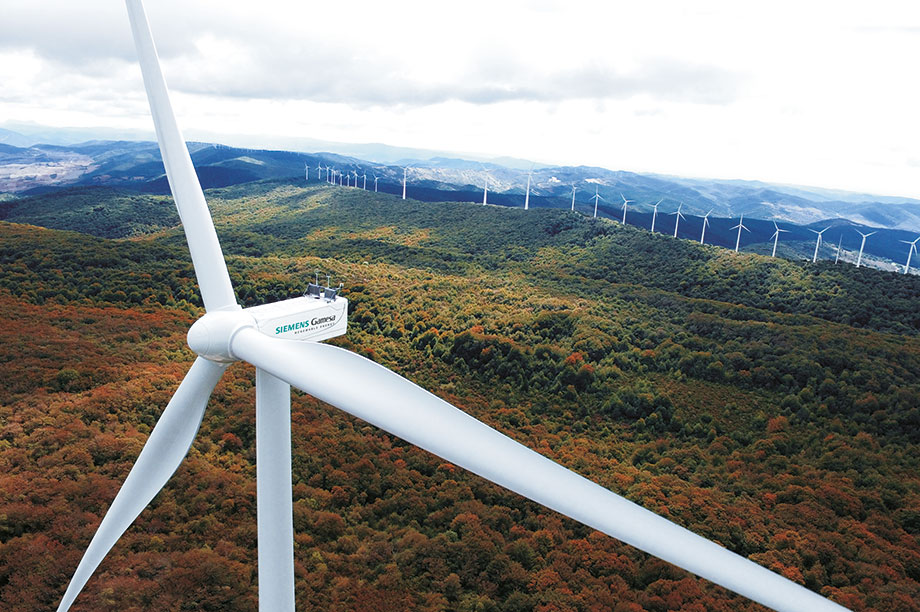 The new SG 3.4-145 is an extension of the Siemens Gamesa 3.X platform, of which the company has installed more than 3GW globally. It started with the initial 3.4MW SG 132-3.3, of which a prototype for medium-wind was installed in the summer of 2016, and was later upgraded to 3.465MW (pictured above).
The 3.X platform includes a non-integrated high-speed geared drivetrain with four-point gearbox support (two main bearings), a three-stage gearbox, DFIG and a full electrical system inside the nacelle.