This combined capacity was more than triple the 940MW announced in May and more than double the 1,125MW recorded in April.

In total, Windpower Intelligence logged nearly 9.45GW of firm onshore orders in the first half of 2020 from Vestas, Siemens Gamesa, Nordex, GE and Enercon — down 21.1% from the 11.9GW recorded one year earlier. 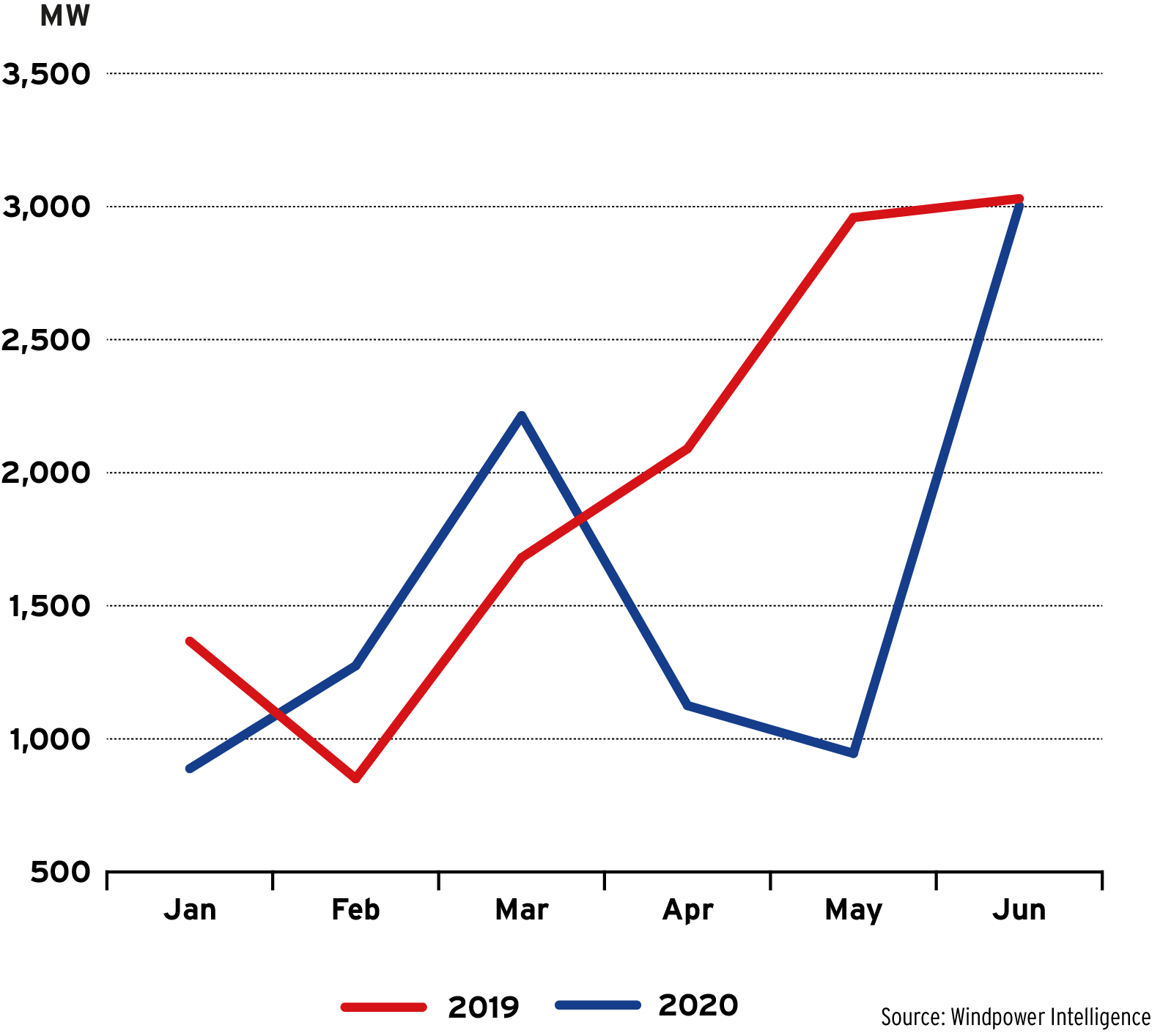 While the combined order total was up year on year in Q1, it fell in Q2, and year-on-year drops were also recorded for monthly totals in January, April, May and June.

Earlier this year, analysts had suggested that cancelled trade events and company travel bans amid the coronavirus pandemic could weaken transaction volumes in the first half of the year.

Several OEMs declined to comment on how or whether the pandemic has impacted developers’ ability or willingness to sign turbine purchase agreements (TPAs), while a Siemens Gamesa spokeswoman advised that all paperwork can now be executed digitally.

However, based on the partial data gathered by Windpower Intelligence, comprising agreements reported by OEMs in April, May and June, there appears to be a slump in activity before business started picking up again by the end of the quarter. 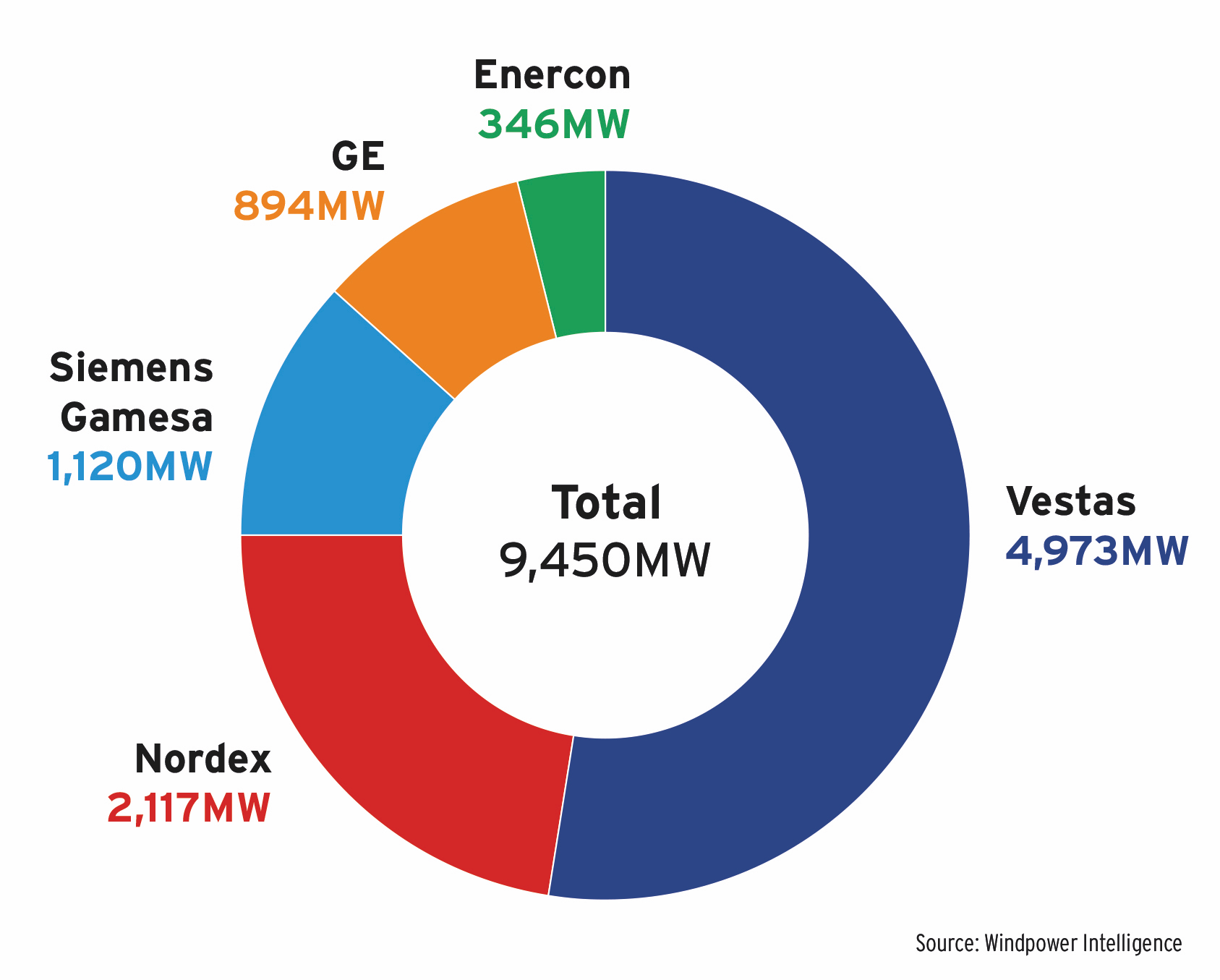 The five western OEMs announced firm onshore orders in 15 countries in the first half of the year. China was the destination for the most orders (1,060MW) in the first six months of 2020, followed by the United States (937MW) and Vietnam (897MW). The Chinese figure is likely to be higher as Chinese manufacturers’ orders were excluded from the statistics since not enough information is available.

There was also a marked slowdown in orders for projects in Sweden, Finland, Spain, Brazil, Chile, Denmark and Norway between Q1 and Q2 as the pandemic accelerated.

No turbine orders for projects in Germany (151MW) were recorded until May, according to Windpower Intelligence data. Even before the coronavirus hit, permitting delays and arguments over setback distances had been paralysing the German onshore market as developers struggled to compete at auction and get projects approved.

Similarly, in India — where the industry has struggled following the shift from a feed-in tariff system to auctions — orders fell 39% to 403MW in the first six months of 2020.

Looking at market share, Danish manufacturer Vestas logged the most firm onshore orders in the first half of the year (4,973MW), ahead of Nordex (2,117MW) and Siemens Gamesa Renewable Energy (1,121MW).

Nordex and GE both experienced a slowdown in orders between Q1 and Q2, while Vestas, SGRE, and Enercon all saw an increase.