Even though operation and maintenance (O&M) typically accounts for 20-30% of the cost of energy from a wind farm, the exact nature and composition of these costs are not well defined. A lack of data, and the use of differing definitions and figures that can sometimes be difficult to interpret were among the obstacles for a more precise analysis pinpointed in a recent report from the Lawrence Berkeley National Laboratory (LBNL) in the US.

There is, however, a consensus that O&M costs are on a downward trend that is likely to continue and will contribute to further lower wind-energy generation costs, both onshore and offshore.

The use of larger machines is one reason for this downward trend — as O&M costs benefit from economies of scale. At the same time, the reliability of wind turbines is improving.

Both scheduled and unscheduled maintenance work is becoming less expensive as a result, with manufacturers offering more attractive guarantees at lower prices and with increasing confidence.

Considering the lack of standardisation within the industry, it is difficult to quantify O&M costs with precision. To illustrate the point, the US Department of Energy’s latest Annual Energy Outlook puts onshore O&M at $26/kW per year, whereas the LBNL report on wind suggests that the total cost is more than twice that, at $59/kW/yr, quoting data from a major developer.

LBNL splits this figure into three categories, including $34/kW/yr for "supplies and services", which probably corresponds to the Department of Energy figure, although it is more than 25% higher. LBNL’s other two categories are "personnel costs" and "operating taxes, leases and rents", each accounting for $12/kW/yr.

How the costs break down

The table (below) summarises data for onshore from multiple sources, some of which quote the values in $/kW/yr, others in $/MWh. In every instance, there are widely varying estimates.

There are some gaps where there is a dearth of data, such as "electricity charges". These are incurred when individual turbines or wind farms are shut down, as supplies are needed for lighting, heating — to avoid problems with condensation — and instrumentation. Although there is an entry for "reactive power", this is now less common, as generators have evolved in such a way that it is no longer needed. It is sometimes argued that provision for decommissioning costs need not be included as the scrap value of the equipment pays for the decommissioning. Any developer making this claim would, however, need to demonstrate its validity in order to secure construction consent.

The data in the table suggest that just under half of the total O&M bill can be influenced by the wind farm owner. The principal costs are those for servicing the wind turbines and for unscheduled breakdowns. Downtime for the latter has been shrinking steadily over the years, to the point where several manufacturers offer 20-year service contracts, with guarantees of technical availability up to 97%.

Offshore operation and maintenance costs are even more difficult to quantify. While some data is available, the cost of energy is falling so rapidly that any datasets are liable to become obsolete after quite a short time. 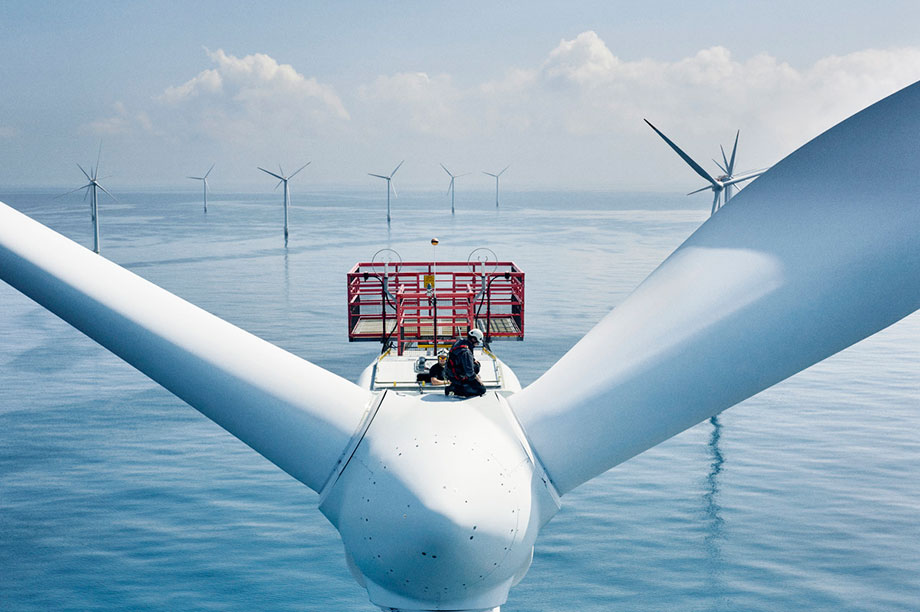 With these caveats — and taking into account that there are considerable differences between the costs of nearshore wind farms in shallow waters and those further out and in deep water — service contracts for planned maintenance may be up to 50% more expensive than for onshore wind farms.

Although the servicing processes are inevitably more expensive, many offshore projects now being planned are substantial — with up to 200-300 wind turbines — and so benefit from economies of scale.

The offshore sector benefits from its relative youth in that most projects have been installed fairly recently, with more reliable modern turbines, meaning less money is spend on unscheduled maintenance.

Seabed rents vary on a country-by-country basis, with the UK’s Crown Estate charging around 2% of revenue. Transmission costs are significantly higher offshore than on land, and also depend on the length of the connection and the depth of water.

The cost of ageing

As wind turbines become older, they become less reliable and need more attention to rectify faults. This is very clearly illustrated in the chart below, compiled from data in LBNL’s 2018 Wind Technologies Market Report.

The dataset derived from wind turbines commissioned between 1998 and 2005, drawn in red, shows O&M costs climbing from $30/kW/yr when the machines were new, to more than $65/kW/yr at age 11. After that, the costs fall, possibly due to major refurbishments being carried out in year 10. It must be emphasised that the number of samples in the datasets is quite small — mostly 10 or fewer.

There is a significant contrast with the behaviour of the younger turbines, commissioned in 2006-11 (blue). Not only do they have a lower starting point, around $24/kW/yr, but they rise much less, before falling back. This suggests that the improvements in turbine technology that have occurred since the turn of the century have led to significant improvements in reliability and, consequently, have cut O&M costs.

In 2008 the US Department of Energy’s Annual Energy Outlook put operation and maintenance costs at $29.5/kW/yr. By 2020 that figure had fallen to $26.2/kW/yr. Allowing for inflation, that represents a 26% drop over 12 years.

Both the Department of Energy and Denmark’s Energinet expect the downward trend to continue. Energinet suggests the cost of O&M will fall 10% by 2030, while the US figures suggest a fall of around 25%, although the expectations for onshore wind are more modest — round 8-10%. It is clear that the cost reductions will make a small but useful contribution to the steady reduction in the overall cost of energy.