An analysis of confirmed TPAs for wind turbines in the 6MW+ class shows the growing gap between SGRE and its main competitors.

SGRE's command of the 6MW+ segment for offshore wind turbines already online looks set to continue through to 2023.

Beyond then there is no confirmed turbine purchase deals information in the Windpower Intelligence database. 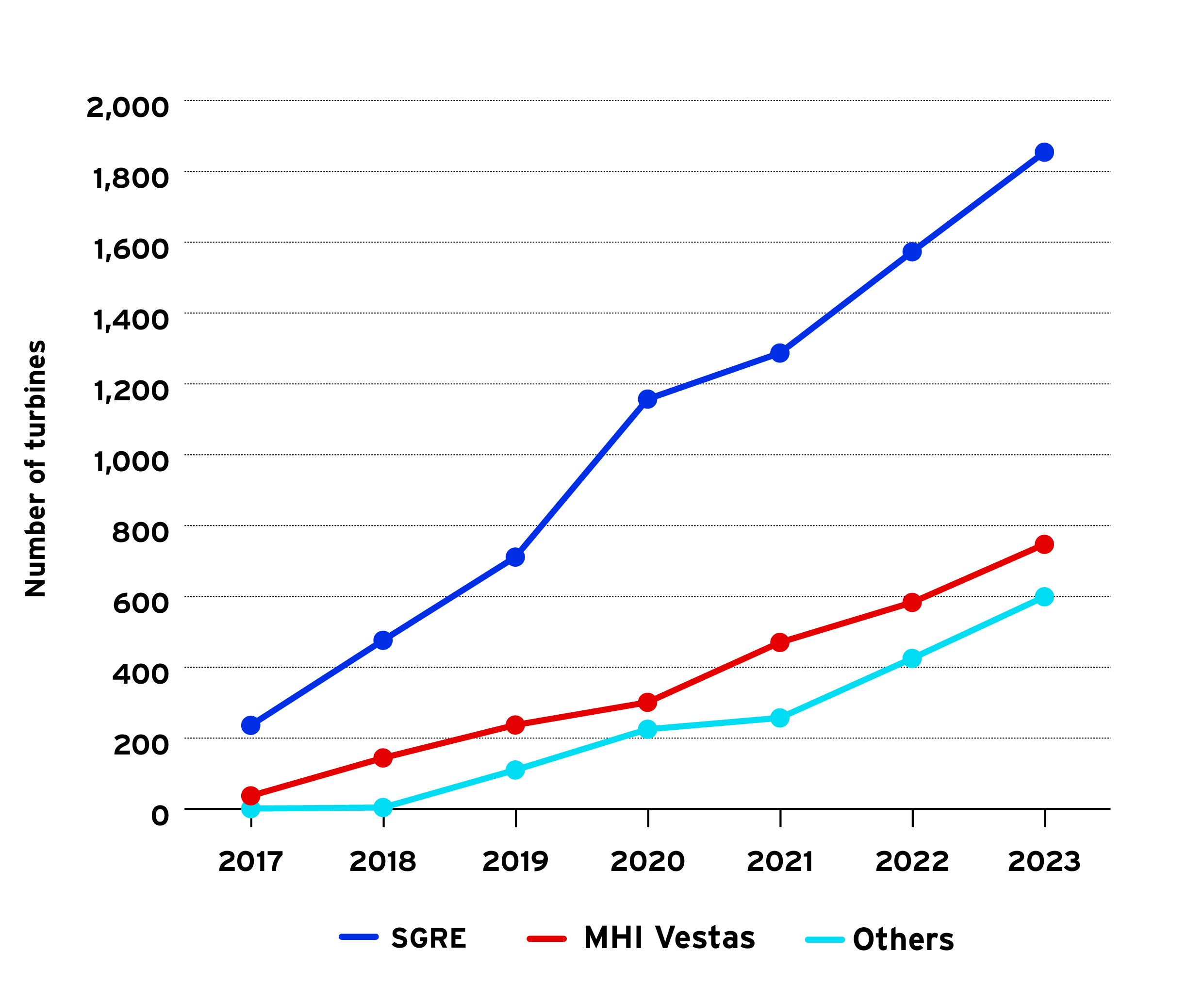 For 2020 and beyond, GE is the OEM making the biggest inroads into the traditional supremacy of SGRE and MHI Vestas.

For offshore wind farms due online between 2020 and 2023, GE has TPAs in place for 264 units of its Haliade platform.

This means that GE has cornered about half the orders of MHI Vestas, at 510 turbines, which in turn is less than half of SGRE's 1,143 turbines for the same period.

Core markets: Europe and the US

Focusing on offshore wind farms in the core markets of Europe and the US, SGRE has by far the largest share of the market.

It secured 58% of the 6MW+ turbines contracted under TPAs recorded by Windpower Intelligence. 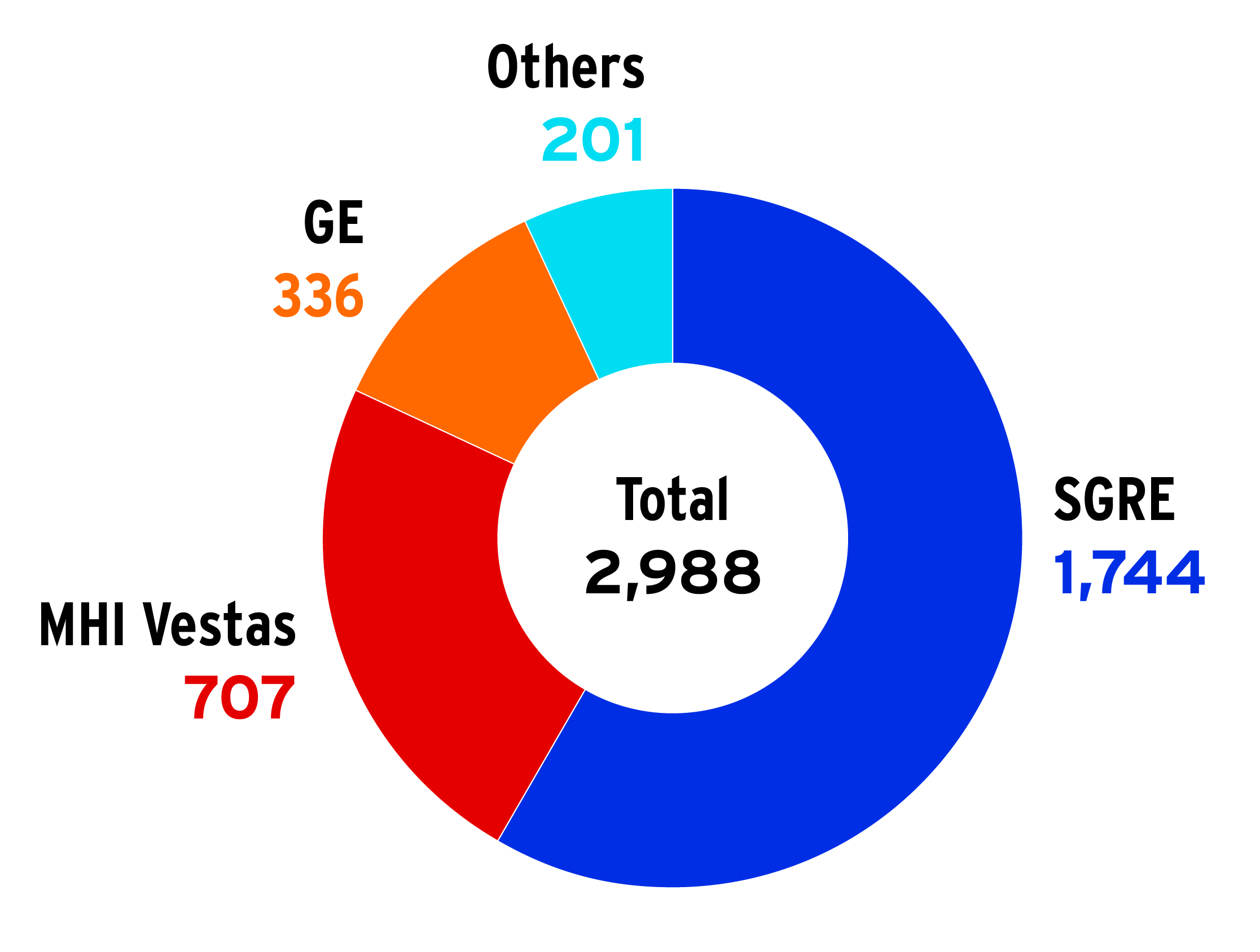 Looking at the geographical spread, SGRE dominates across the board but especially in the UK, where two of the large projects due online in 2022-23 — Ørsted's Hornsea Project Two off the Yorkshire coast in northeast England and ESB/EDF's Neart na Gaoithe in Scotland — have opted for the SG-8.0-167 DD model.

In the US, 84 units of the V164-9.5 will be heading for the 800MW Vineyard Wind complex off the coast of Massachusetts.

GE's Haliade 150-6MW model has secured orders for projects in France and Germany, while the Haliade X-12MW has been selected by Ørsted for the 120MW Skipjack wind farm off Maryland and the 1.1GW Ocean Wind off New Jersey.

Geographical presence of each OEM in Europe and the US 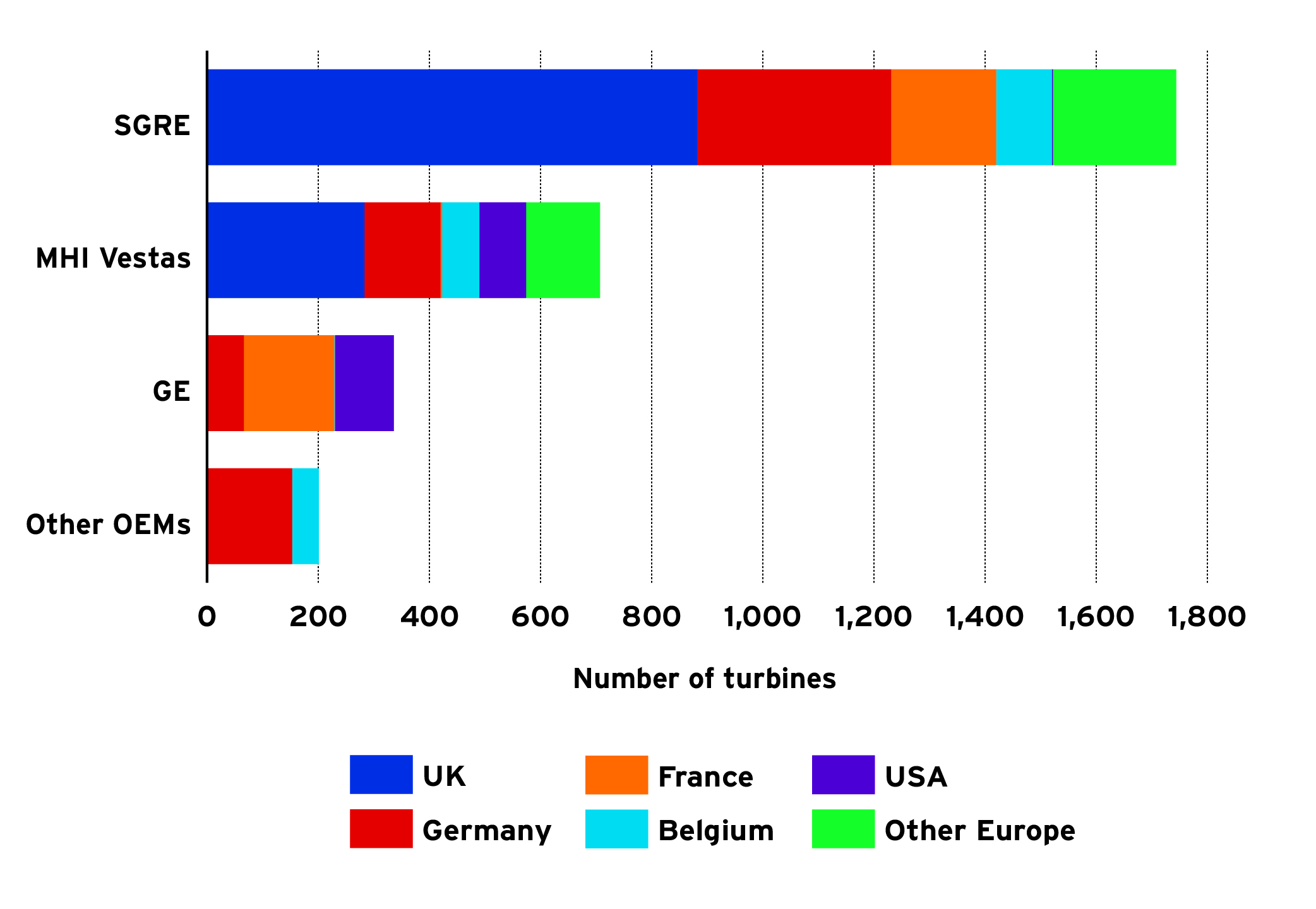