The landscape has changed dramatically in the three years since Windpower Monthly last looked at the global industry’s leading turbine manufacturers.

Back then, Siemens and Gamesa had yet to complete their merger, Senvion was still a going concern, Enercon was riding high on the back of an installation boom in Germany, and the Chinese OEMs were only just beginning to muscle their way into the top ten.

Our rankings use data collated by Windpower Intelligence and other sources for new installations in 2019, plus worldwide cumulative capacity, and purchase orders in the pipeline.

We have also considered geographical reach, product portfolios and operating track records, innovation in technology, and quality in manufacture for the selection.

The Danish OEM installed 9.6GW onshore in 2019, according to BloombergNEF (BNEF), with the MHI Vestas offshore arm adding another 1GW.

That brought the company’s operating fleet to 113GW, spread across 81 countries, and accounting for more than 18% of global wind capacity.

The platform dates back to the start of the century but remains very popular, particularly in the US. Around 23,000 units are now in operation worldwide.

An interesting new addition to the range is an ultra-low wind 3.3MW machine with a 155-metre rotor, which has recently secured a 61-turbine order in China. 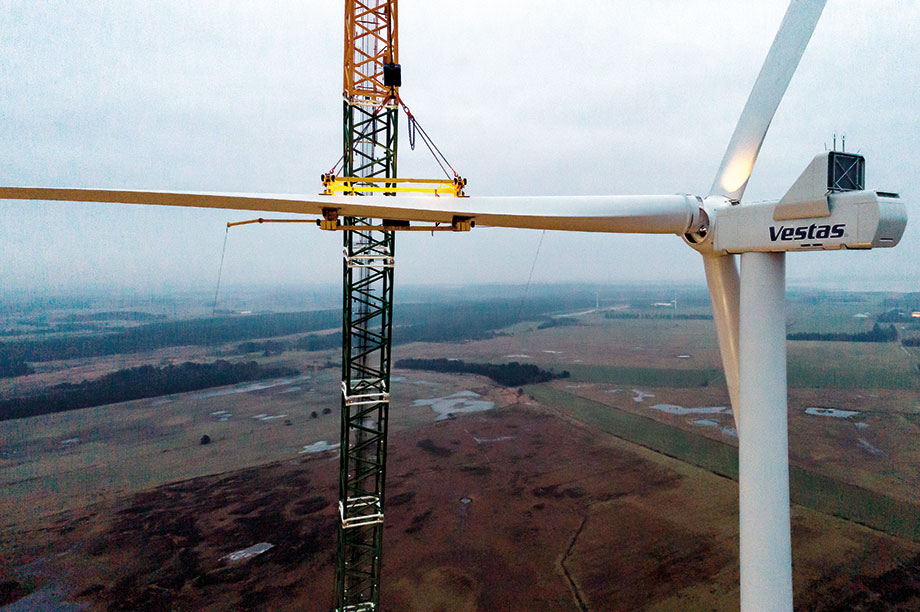 Attention now is focusing on the production ramp-up of the medium-speed geared EnVentus platform, winner of Windpower Monthly’s best large onshore turbine of 2019.

The initial line-up of 5.6MW machines with rotors of 150 and 162 metres has been added to with a 3.0MW turbine and 138-metre rotor, aimed at markets with tip height restrictions.

The outlook is slightly less rosy in the offshore sector, where even the latest development of the joint venture’s platform — at 9.5MW with a 174-metre rotor — is slipping behind higher-rated competition from Siemens Gamesa (up to 11MW and 193 metres), and GE (12MW and 220 metres).

The revival of the Spanish market and taking the top spot in India helped push Siemens Gamesa Renewable Energy (SGRE) into second place in this year’s order. 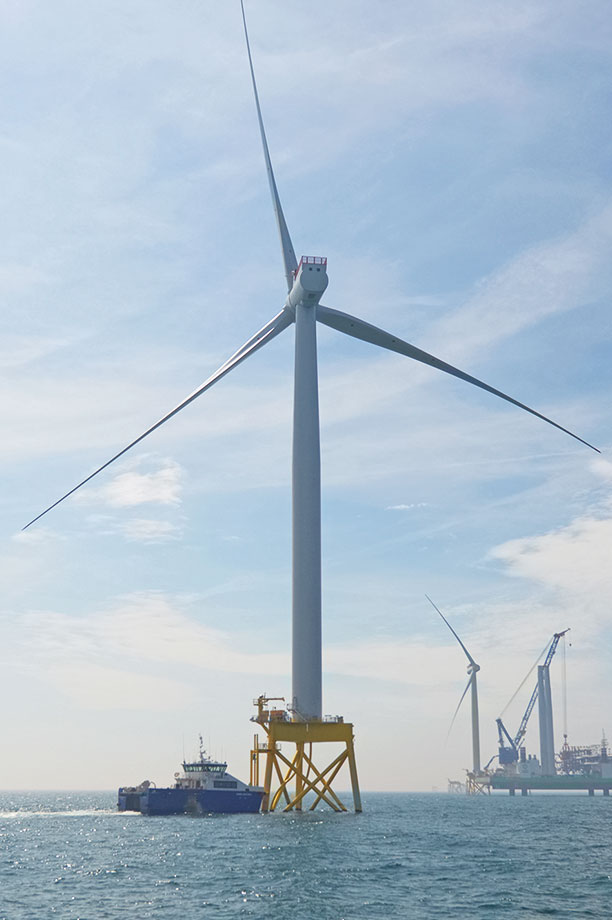 The 8.79GW of new capacity installed last year included 3.3GW offshore, more than three times that of any of its competitors.

The company’s grip on the offshore sector remains tight, as it pushes its direct-drive platform up to 11MW with a 193-metre rotor.

Onshore, the picture is more varied, with SGRE lagging behind GE and Goldwind in terms of installations during 2019, but with a much better geographic spread — split pretty evenly between the major regions of Europe, the Americas and Asia Pacific.

SGRE claims a global footprint of 99GW, with turbines operating in 90 countries.

China’s leading wind-turbine OEM installed 8.25GW of new capacity in 2019, of which 7.64GW was onshore, a figure only exceeded by Vestas.

The company’s global fleet now stands at more than 50GW from 31,000 machines spread across 24 countries.

Predictably, nearly all of that new capacity was installed in the Asia-Pacific region, mainly in China, but Goldwind secured orders in countries that included Canada, Australia and South Africa last year.

It has the strongest presence outside the domestic market of Chinese turbine OEMs.

The company’s traditional strength has been in the 2-3MW low-wind sector, which has constituted the bulk of China’s new-build over the past few years.

The latest addition to its direct-drive 2.5X platform, the GW150-2.8MW, was judged 2019’s best onshore turbine below 3.4MW in our latest annual awards.

But Goldwind’s presence in the larger-capacity classes has been growing, with the portfolio now including a 4.5MW onshore turbine with a 155-metre rotor. 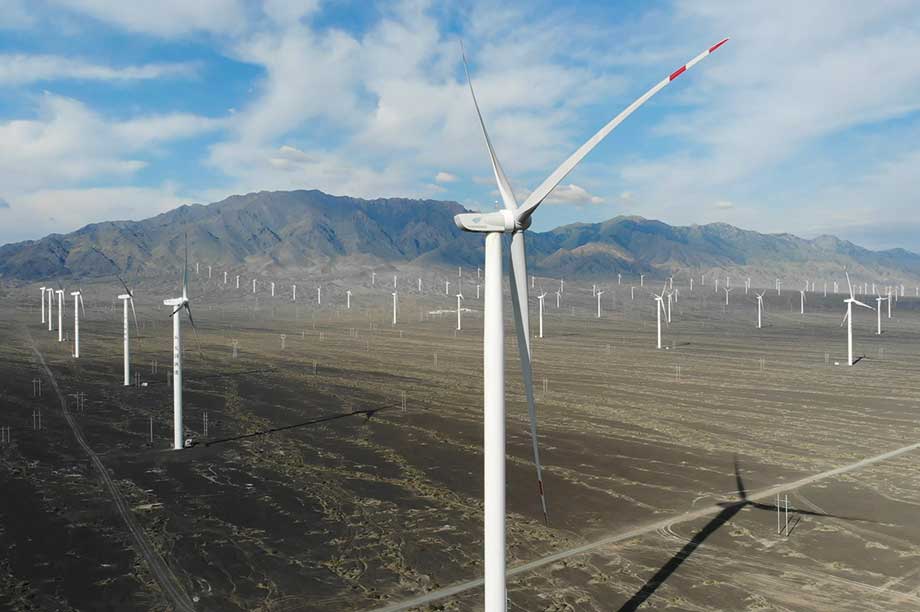 Goldwind has added a 4.5MW onshore turbine with a 155-metre rotor to its portfolio

Significant progress has also been made in the offshore sector. The 19 GW171-6450 turbines installed last year at the Dafeng project in the East China Seaare the highest-rated turbines currently operating in Chinese waters.

Now under development is an 8MW-rated enhancement with a 175-metre rotor.

WPI data indicate that Goldwind is running neck and neck with Shanghai Electric, a licensee of SGRE’s technology, and Envision in the country’s rapidly growing offshore market, a source for substantial orders in the future.

The challenge for Goldwind in the coming years is to maintain its leading position in the domestic onshore and offshore markets, which are likely to grow more competitive and less profitable as new support schemes kick in, while continuing to make progress outside China.

The pace of the company’s recent product development suggests it is up to the mark.

The health of the US wind market — 9.1GW added last year — helped propel GE into third place in terms of onshore installations in 2019, and fourth position overall.

The US conglomerate commissioned 7.37GW last year, according to BNEF, of which around 7GW was onshore, with 6.2GW of that figure being devoted to North and South America.

GE’s drive to reduce its dependency on the US market is firmly focused on the future success of two new turbine platforms — the 5.3MW Cypress for onshore applications, and the 12MW Haliade-X for offshore deployment. Both are well into the prototype stage of development.

But the market conditions these new designs now face look pretty tough, at least in the short term.

The Cypress platform was meant to give GE a firm foothold in Europe, where new competitive tendering regimes might be expected to play into the hands of manufacturers with pockets deep enough to acquire or develop the latest technology, and deploy it on a large scale. 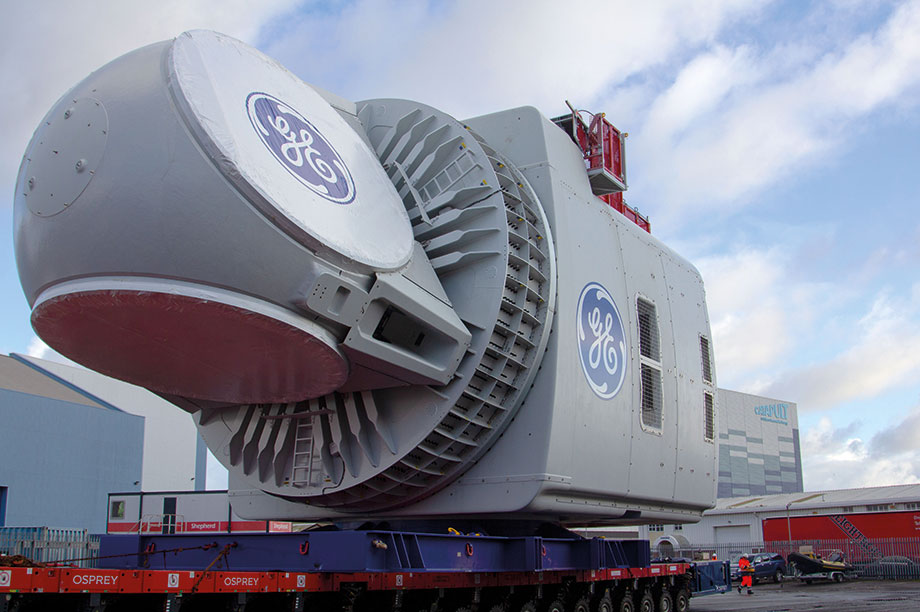 GE’s 12MW Haliade-X is at the prototype stage. Its future will largely depend on how fast the US sector grows

However, the slump in Europe’s biggest market, Germany, and sluggish growth in other key markets that looked so promising until a few years ago — Poland and Turkey spring to mind — suggest this might be a less promising opportunity than GE envisaged.

The technological competition is fierce in this area too, with Europe’s established manufacturers — Vestas, SGRE, Nordex and Enercon — all working hard on bringing 5MW-plus turbines to market.

Offshore success largely depends on how quickly the US sector develops. The direct-drive Haliade-X has an impressive specification at 12MW with a 220-metre rotor, but GE has no real track record to boast of in this field.

SGRE and MHI Vestas represent formidable competition in Europe’s waters, while China’s OEMs have their domestic market largely sewn up.

Rapid growth on the eastern seaboard of the US over the next few years will be required before GE sees a return on its substantial investment in the Haliade-X.

All but around 200MW was installed in the Asia-Pacific region, mostly in China, despite the company’s ambitions of penetrating the European and North American markets.

Evidence of that ambition was seen at the 2019 WindEurope event in Bilbao, Spain, where the company announced the securing of a new credit line with Spanish bank Santander with support from Danish credit agency EKF and blade manufacturer LM Wind Power, a deal intended to accelerate Envision’s growth in Europe.

The company had already established research and development centres in Denmark and Germany (plus the US and Singapore), and has acted as developer, as well as turbine supplier, to install projects in Sweden. 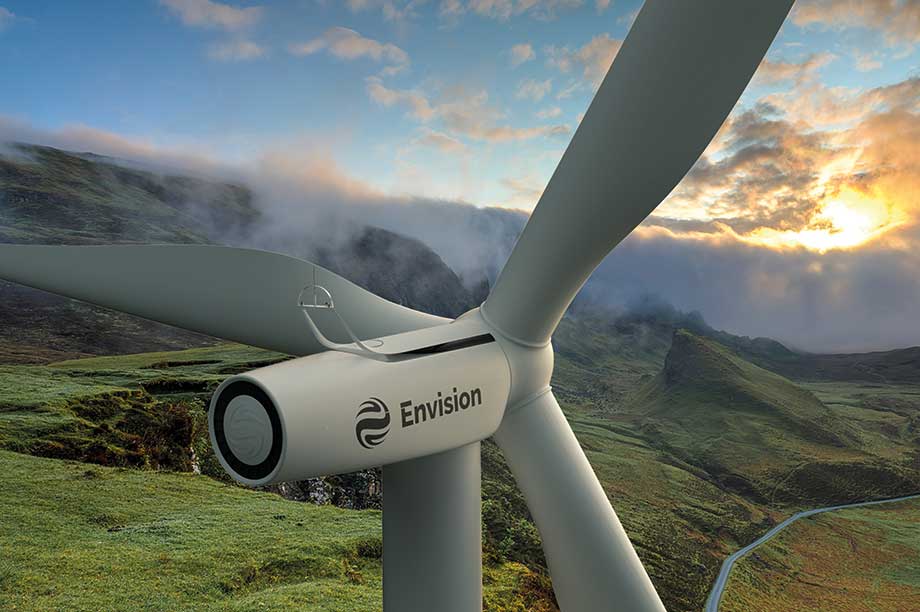 Envision is ramping up production of its 3MW platform

Envision’s technological reputation has largely been built on its low-wind offerings — turbines featuring a relatively modest rated capacity but with very large rotors and deployment on high towers.

The EN141-2.5, winner of Windpower Monthly’s best small onshore turbine in 2018, is a typical example, boasting a specific power rating of just 160W/m2.

The 2.5MW platform is also available with rotors of 110 and 131 metres for higher-speed wind conditions. Further development of this platform has pushed Envision firmly into the 3MW-plus class, with the EN156-3.3 now being ramped-up for production.

Envision’s offshore effort has been developed from the 4MW platform introduced in 2013. The EN148-4.5 is the current production model and did solid business last year. The company is now working on a 5.2MW enhancement with a 161-metre rotor.

However, rivals including Dongfang, Goldwind and Ming Yang all have 7MW-plus offshore turbines preparing for production. It will need another step-up to stay in the game.

Envision has come a long way in a short time — it was founded less than 15 years ago, in 2007 — but its desire to expand beyond China still looks very much like a work in progress.

Chinese OEMs fill four of the next five places in terms of total 2019 installations, according to BNEF.

The only non-Chinese manufacturer to feature in the bottom half of the top ten was Germany’s Nordex, which installed 1.96GW.

Unlike the Chinese firms, though, which achieved practically all their sales in the Asia-Pacific region, Nordex’s new business was evenly distributed between Europe and the Americas.

The company’s 5MW platform, a pioneer in the supersize onshore class, has been instrumental in keeping it in the top ten, despite difficult market conditions in its home country. 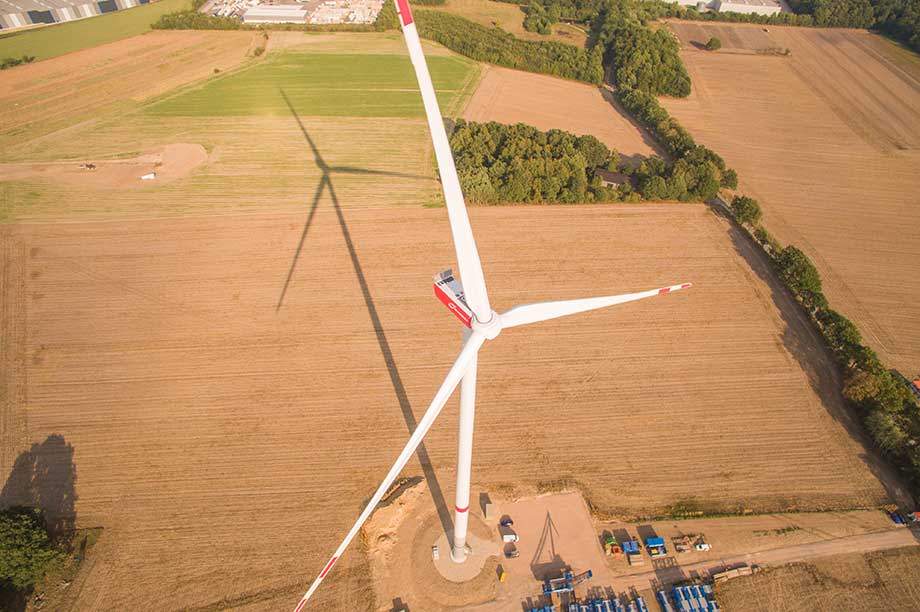 Technology advances such as the N149 have helped Nordex stay in the top ten (pic: Nordex/John Baker)

Enercon, a top-five rated wind turbine OEM only three years ago, fell out of the top ten in terms of total installations in 2019, and only just scraped into the top ten in the onshore segment with 1.37GW of new capacity commissioned.

Enercon’s new 5MW platform, developed from the Lagerwey designs it acquired when it took over the Dutch manufacturer in 2018, will be crucial to the company’s profitability in the coming years, together with bringing to market the new EP3 platform, which marks a radical change of direction in the company’s approach to turbine design and manufacture.

Senvion has, of course, dropped out of the reckoning altogether following its collapse last year.

Suzlon, its former owner, also experienced a troubled 2019 as permitting disputes and legal challenges suppressed growth in India. Suzlon's future is hard to predict as it loses market share in its home market and lags increasingly further behind its rivals, particularly Siemens Gamesa, in terms of turbine technology.