Securing the contract to supply 45 Delta series 3.9MW N131/3900 turbines, including 145-metre tubular steel towers and foundations, to the De Drentse Monden en Oostermoer (DMO) wind farm in the Netherlands was far from business as usual for Nordex.

Because the project site is close to a central antenna field of a low-frequency array for astronomical research (Lofar), the German turbine maker first had to win a tender against two rival manufacturers, selected from an initial six, to develop a low-electromagnetic radiation interference or EMI, turbine and install a test model.

"The nearby Lofar facility comprises 8,000 antennas spread over 24 core stations within the village of Exloo’s geographical boundaries, and operated by the Dutch Institute for Radio Astronomy (Astron) since its 2012 completion," (see below) explains Thomas Burzynski, senior sales engineer with responsibility for special projects in central Europe.

Located in the province of Drenthe, south-east of the city of Groningen, the site for 175.5MW project has a favourable 8.1m/s mean wind speed at hub height.

Nordex installed a low-radiation N131 test version in summer 2019, which became the first of the initial 44-turbine project.

The shortest distance of all other turbines to the antenna arrays measures 2.5km.

The antenna array station features multiple guyed poles, about 1.6-1.8-metre high, with a black disk-shape antenna atop, as seen in the main image.

The same illustration shows the low electromagnetic radiation adapted N131/3900 prototype in the background and highlights its close vicinity to the adjoining antenna array.

"The highest permitted electromagnetic radiation emission levels for wind turbines were already pre-set at a standardised base level laid down in legislation."

Before the DMO project was put out to tender, Astron, under the supervision of regulator Agentschap Telecom, formulated new minimum electromagnetic-emissions criteria for electrical devices operating under the specific pre-set conditions at Lofar in Exloo.

These reduced previous EMI limits of EN 55011, measured at 10-metre distance from a turbine’s position, by at least 35dB(µV/m). These new values became the maximum value for the DMO project.

"They invited six OEMs to take part in a tender procedure in late 2017, with three potential suppliers dropping out after the first pre-selection round in January 2018."

Next, the three remaining OEMs were each asked to produce a working document describing in detail how they planned to lower their turbines’ electromagnetic emissions, says Jochen Kremer, Nordex’s lead engineer for the DMO project.

This stage involved a great deal of early engineering effort "It was the first time that a specific electromagnetic-compatibility (EMC) issue of this nature and scope had to be analysed in depth within the wind industry," says Kremer.

"Our draft proposal scored highest thanks to a holistic approach whereby the scopes of both the existing N131 turbine ‘as it was’, and a role for new technology were considered.

We were selected as preferred supplier by April 2018, and reached contract agreement to develop a low-EMI turbine and install a test turbine just over a month later," he says.

This initiated the start of the second phase, a comprehensive in-house project built around a large project team.

A key early finding was that not many turbine components could be excluded from the overall EMI reduction effort, because almost all produce electromagnetic disturbance.

"The main EMI-sources are all electrical components with switching capability, like the insulated gate bipolar transistors (IGBTs) incorporated in power converters and the clock generators in microprocessors.

"But the tubular steel towers, unshielded cabling, openings in cabinets and other metal housings, and galvanic connections to an EMI source also had to be considered, among other things," he explains. 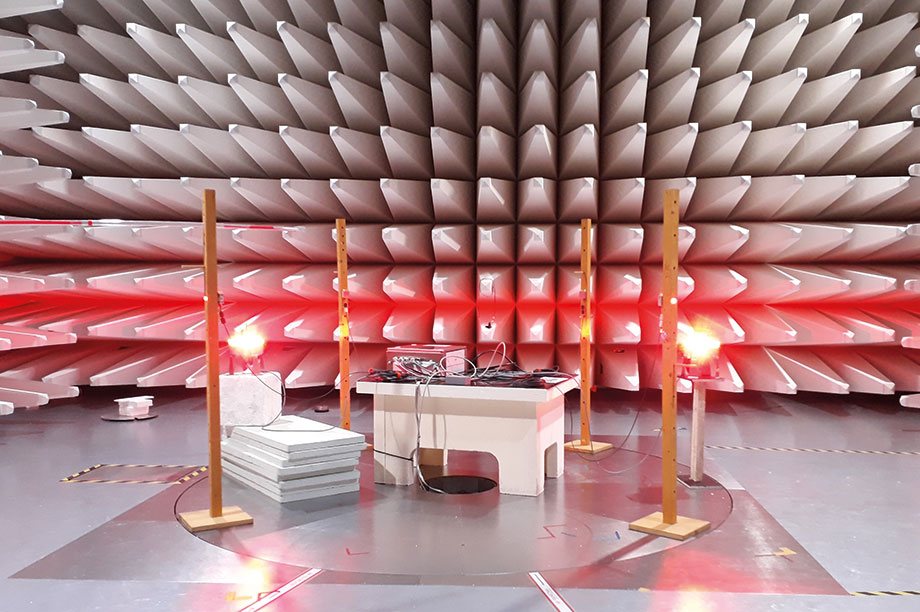 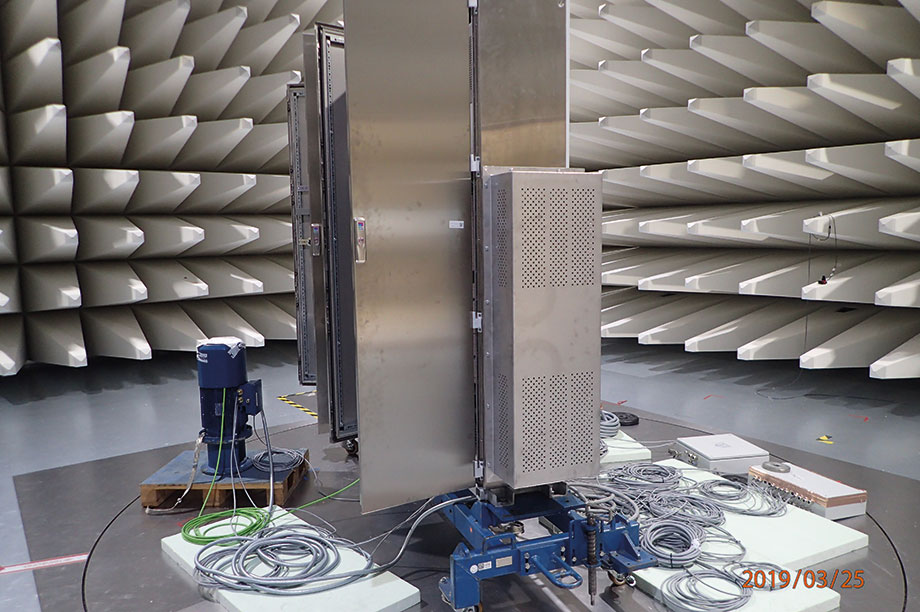 These and other individual EMI-sources and their interlinked interference mechanisms all act as an antenna without deploying adequate mitigation measures.

The most EMI-critical frequency range to be tackled was 30-240MHz, corresponding to Lofar’s range for mapping the universe.

"Our goal was to develop an EMI-friendly turbine," says Kremer. "An initial approach to solve the problem by fully shielding the nacelle with mesh wire inside the cover and at other inner surfaces proved impractical, because many small gaps and other sources of electromagnetic leakage would remain.

We then switched to a component-based approach, whereby each individual component with EMI disturbance is addressed individually through dedicated mitigating measures."

Nordex cooperated closely with external consultants and component suppliers while adapting product specifications to the new standard, but the main know-how was developed in-house.

Examples of EMI-related measures include a modified EMI-tight tower, creating an EMI-barrier between the nacelle and tower, and inductive filters on sealed power cables allowing the converter to remain located in the tower base.

Furthermore, modifications were made to the ultrasonic wind sensor, automatic lubrication unit for pitch, rotor, generator and yaw bearings, all electrical cabinets including the main converter, and to aviation lights.

"We faced multiple challenges during this EMI reduction project," says Kremer. "An overall challenge was implementing these EMC-measures within an existing serial product. The available time for the project was likely to be our biggest enemy.

The Nordex team and external parties spent 2,200 full working days developing the solution and more than 30 days testing it at specialised EMC labs in Germany and China.

Following the installation of the test turbine close to the Lofar core last summer (below), measurements commenced in September.

These showed that the EMC requirements were fully met, and Astron confirmed very low electro¬magnetic radiation interference on its site. 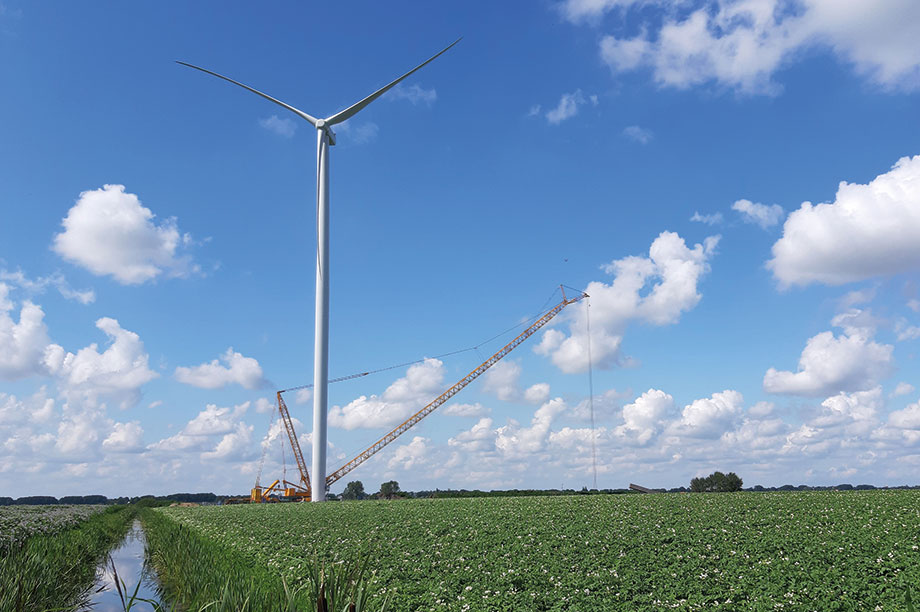 Kremer: "We are very pleased with these positive technology development and testing and validation results, because nobody had any previous experience with solving such EMI issues.

"The measuring and verification methods deployed were equally new and innovative, and involved a complex set-up of Lofar antennas in combination with Astron’s additional in-house non-standard measurement technology."

Burzynski adds that Nordex is now able to offer EMI-adapted turbines for other international projects too, although this is not currently a volume market, with only a few known sites facing such extreme EMC restrictions.

Equally important, the in-house knowledge base on specific component behaviour in relation to project-specific requirements and restrictions, and optimal solutions, gained on this project means solutions tailored to individual site needs can be developed much faster in future.

"A final issue we addressed in parallel is professional asset lifetime upkeep of the EMI-adapted turbines, with a focus on providing matching service instructions through rewriting service manuals and further service personnel training.

"This is because dedicated EMC measures could easily lose functionality or get completely undone without fully understanding and respecting the need and integrity of all the implemented modifications, some of which may not be visible on the outside," Burzynski and Kremer conclude.

Turbine delivery and installation work will commence from the second half of this year, with commissioning planned in 2021.

Nordex will provide turbine lifetime service through a premium service contract for 25 years. 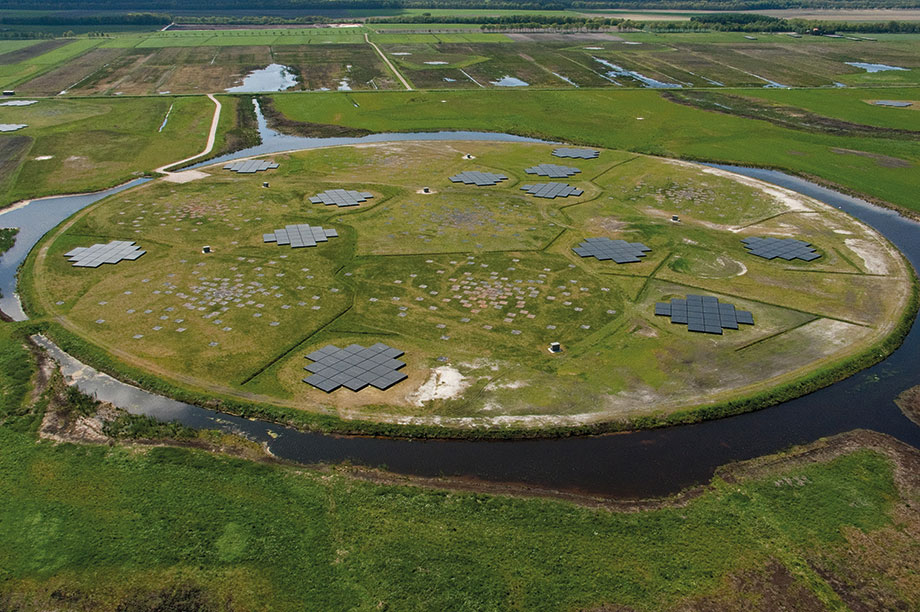 Electromagnetic radiation (EMR) is a form of energy that travels with the speed of sound.

It is all around us, and includes radio waves, microwaves, x-rays and gamma rays, as well as visible light.

The antennas array in Exloo, north-east Netherlands, operated by Astron, the Dutch Institute for Radio Astronomy, belongs to the Low-Frequency Array Network (Lofar), a Europe-wide scientific initiative for radio observatory in space.

It has 48 stations across Europe, with a total of 20,000 antennas covering an area of 300km2, the largest and most advanced in the world.