Following a six-year slump, Spain’s once roaring wind market bounced back in 2019, with 2,319MW of new capacity installed throughout the year, according to national grid operator REE.

That brings the total installed figure to 25,803MW and makes wind the country’s largest generation fleet in terms of installed capacity.

This means there is at least 2,289MW of wind projects left from those tenders to be built.

And with the ascent of alternative mechanisms such as power purchase agreements (PPAs) driving wind development outside the confines of the auction model, there could be considerably more capacity under construction.

Of the new capacity, 1,634MW came online between the start of January and the end of November 2019, according to the REE.

With capacity allocated in the 2016/17 tenders subject to a 31 December deadline, the final month of the year was likely to have seen a last-minute push from developers keen not to lose their €60,000/MW deposit for missing this milestone.

Most of the projects granted licenses in the 2016-17 auctions put forward 100% discounts — meaning no subsidy needs to be paid towards the construction investment. The only support left in place was a floor on production earnings set at €22-28/MWh.

Whatever the final figure, the capacity brought online last year exceeds the 1.6GW average from 2005 to 2013, after which a moratorium on renewables development was imposed by the conservative People’s Party (PP) government.

While this falls short of 2007’s 3.5GW record for new capacity, renewed political support promises to keep the pace at 2-3GW annually to 2030 and beyond. But, for the first time in Spain, solar PV has emerged as a major competitor, beating wind’s performance with 3,975MW of new capacity last year.

Against this background, the industry had much to celebrate at Spanish wind energy association AEE’s recent annual market symposium in Madrid. Not least consolidated political support for renewables following November’s general election.

"I haven’t seen such brimming enthusiasm at a wind event since before the 2008 financial crash," said Luis Merino, a co-director at renewables publishers Energias Renovables.

Even though there have been no new power tenders since March 2017, the current political backdrop, plus promises of new auctions to be announced soon, is keeping the mood upbeat.

The unconfirmed belief that most developers are insured against late project completion helped to keep spirits high, as did the production records the sector achieved (see Generation game). 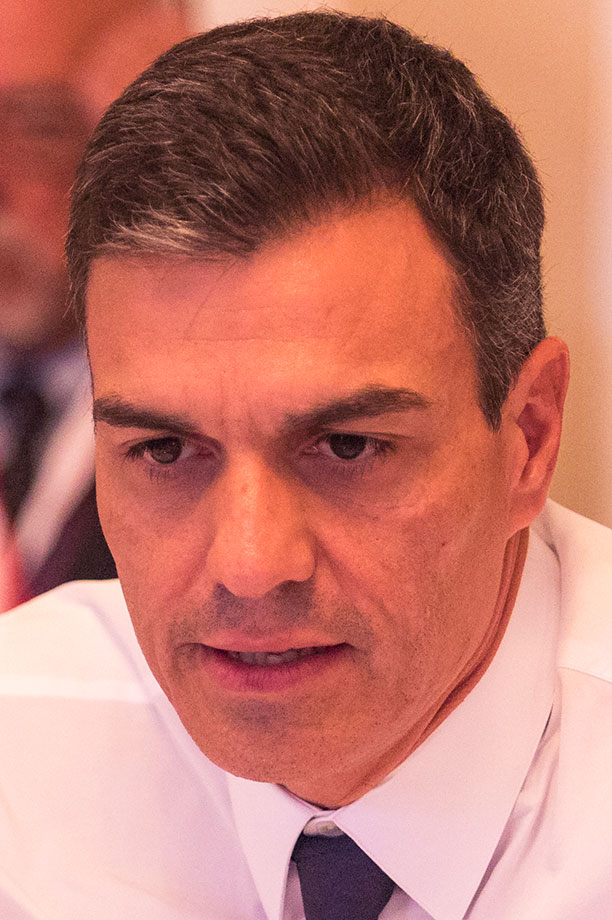 Spain returned the staunchly pro-renewables, socialist PSOE to office first in the April 2019 general election, then again in November.

PSOE leader Pedro Sanchez (right) had called the second poll with the aiming of attaining an absolute majority.

Instead, the PSOE lost votes, forcing him to form a coalition with the far-left, even more vociferously pro-renewables Podemos party.

In January, just two days before the AEE conference, the ecological transition ministry announced a 2% increase in the investment requirement for its National Energy and Climate Plan (NECP) 2021-2030, to €241 billion, acting on the European Commission’s advice following an earlier draft submitted last autumn.

The government expects the recent modifications to constitute the final draft of the NECP.

That will bring renewables’ contribution to the total energy mix to 32%, against 17.4% today, according to Eurostat figures.

All this is far removed from the days of the two consecutive PP governments (2011-2018).

While it was the PP who ushered in the auction system for allocating new renewables capacity, it came at the cost of retroactively ending, in 2013, state-guaranteed production incentives that had driven the bulk of Spain’s then 22.9GW of installed capacity, which made it the second-biggest wind market in Europe after Germany.

But now Sanchez has promised to enshrine the commitment to renewables in an overarching climate change and energy transition law. Meanwhile, the myriad of elements involved in shaping the forthcoming auctions "are already on the table", according to Joan Groizar, director general of Spain’s state-run energy efficiency and saving agency, IDAE.

"Power auctions will no longer be an exception but the norm," Groizar told delegates at the AEE conference.

However, the terms and conditions will only be finally forged once the new law is approved, he added. Pushed by delegates from the floor, he said both should be in place by the end of the summer.

He pointed out that Spain’s strong wind turbine industry had survived the six-year slump only by turning almost exclusively to exports.

SGRE installed just 32MW in Spain in 2014-2018. In 2019 it installed 1,200MW. Diez told delegates the leap required the employment of 15 high-tonnage cranes, four of which had to be recalled from other markets abroad.

The company organised more than 6,000 specialised road transports for heavy components in Spain, translating into 150 per week, but its domestic logistics are configured to meet only up to 60 per week.

The extra logistics push has required high investments. The same is true for turbine-assembly staff and wind-farm construction teams.

Meanwhile, the coalition government promises to avoid the speculation rife in previous auctions, which allocated capacity to bidders before specific projects were registered.

The process produced a fervent trade in project rights, particularly in grid connection permits, with current application mounting to 201GW, according to Juan Francisco Alonso, grid-access manager at REE.

"From now on there will be a pre-qualification process, requiring projects to be named and identified in advance of auctions," said Groizar.

The Spanish wind-power market has not just bounced back in terms of new development (main story), it also surpassed a series of record production figures last year.

On 3 November, at 5.20am, wind reached its highest ever peak penetration, at 75.97% of the total generation mix, according to national grid operator REE. Then, on 12 December, the amount of wind generation supplying the grid reached a spot peak of 18.9GW.

A day later, wind reached its highest daily production record of 397GWh. Wind produced 20.8% of the total generation mix throughout the year, behind only nuclear (21.4%) and combined cycle gas (21.2%).

Nevertheless, due to the doubling of combined-cycle gas production, the overall renewables contribution to the electricity mix was down to 37.5%, against 38.5% in 2018.