In total, 16 new wind farms — defined as having two or more turbines — in China, the UK, Germany, Denmark, Belgium and Taiwan entered operation last year with a further qualifying criteria of "all turbines of a wind farm being installed and first electricity being generated”.

Global offshore wind capacity in operation — all turbines of wind farm installed and first electricity being generated — at the end of 2019, by country (source: WFO)

But the WFO expects China to become the world’s largest offshore wind market during the 2020s. 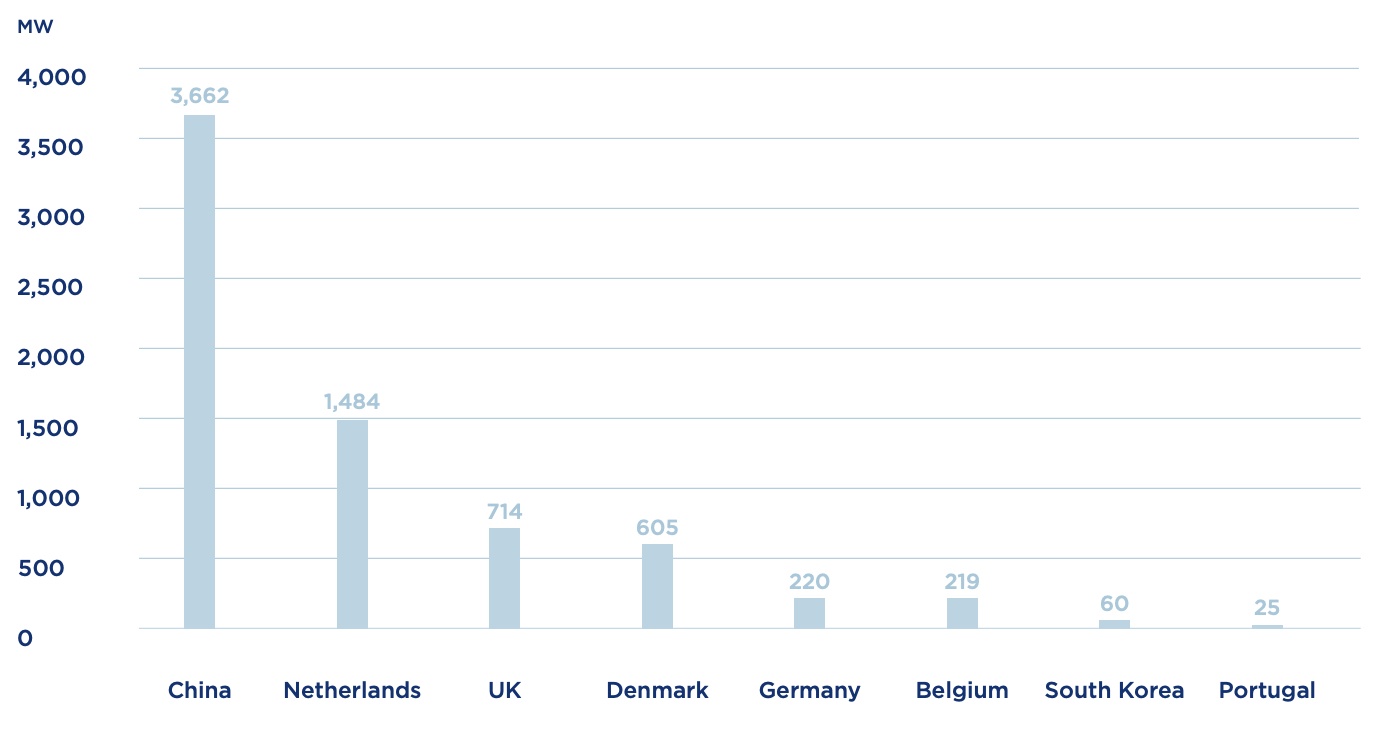 There are currently 23 wind farms with a combined capacity of 6,989MW under construction with at least one foundation installed.

The WFO noted disruption in the German offshore wind market — caused by regulatory framework changes — means the country’s capacity currently under construction is only 220MW.

It added that ten large-scale floating offshore wind projects, with a combined capacity of 1GW, are being developed off the coast of the UK, Portugal, France, Norway and South Korea.

"While the last decade was its demonstration phase, the 2020s will bring the commercial breakthrough for floating offshore wind," WFO managing director Gunnar Herzig said.