A prototype of the new LCC140 crane is under construction and due to begin testing at a site in the Netherlands soon.

Enercon worked with subsidiary Lagerwey, which first unveiled the climbing crane in 2016, extending its reach around the tower to improve strength and stability.

Instead of being attached to one side of Enercon's modular steel tower, the new design uses four arms and six attachment points on three sides. 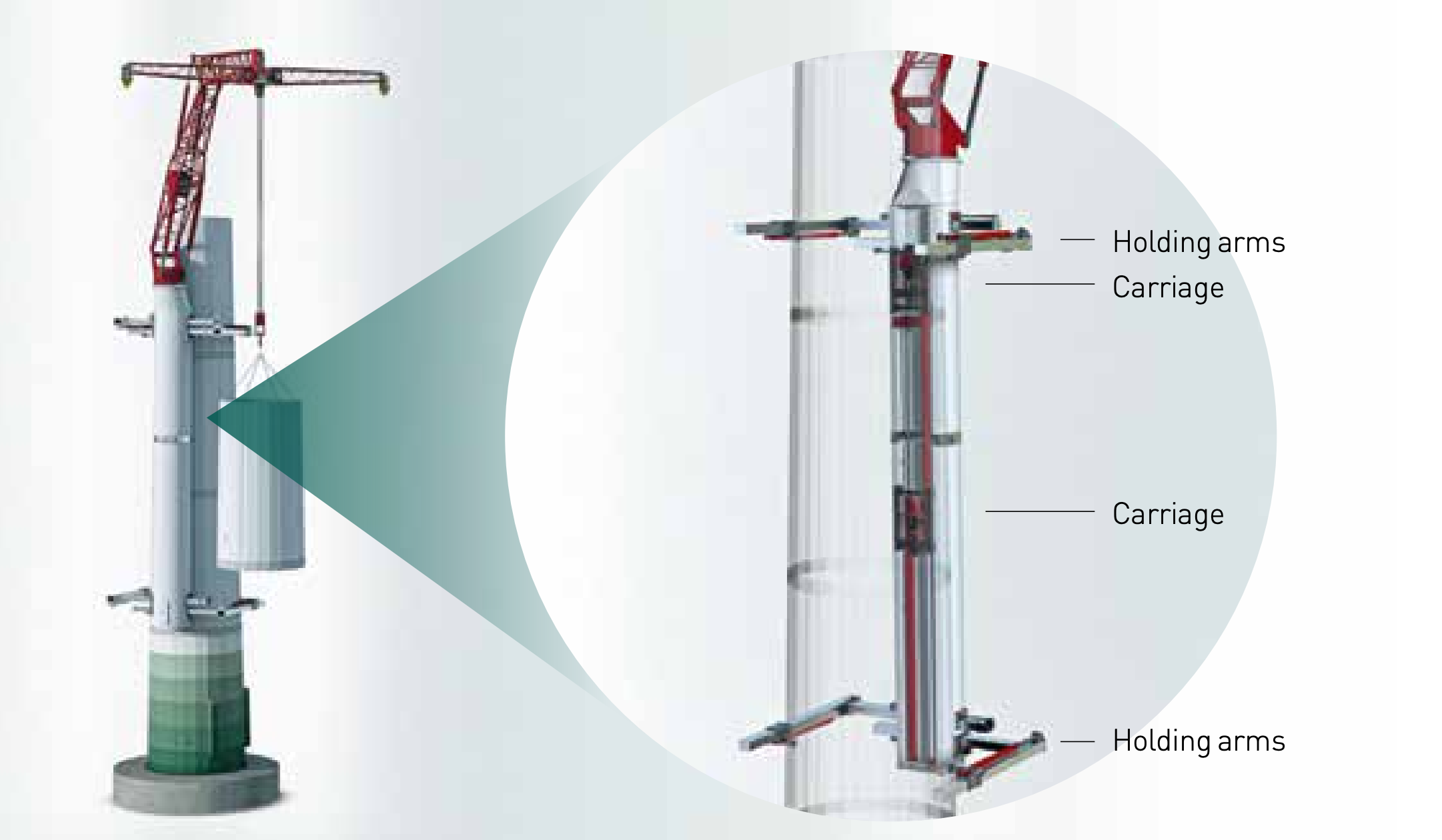 It can also install nacelles at a hub height of 180 metres and can lift up to 142 tonnes. Enercon's EP-5 platform includes rotor diameters of up to 160 metres.

"The LCC140 reaches the hub heights required for the new wind turbines, where conventional cranes reach their limits, and can also lift all components of the EP3 and EP5 platforms, including the generator, without any problems," Enercon explained in its Windblatt company magazine.

"Thanks to a special lifting device for single blade assembly, the climbing crane can handle the larger rotor diameters of the new wind turbine types," the company added.

It also said its climbing design needs fewer trucks than traditional cranes for transport to wind sites, and requires less hardstanding, reducing the impact on the local environment.

TPI to take over Nordex’s wind blade factory in Mexico

Vattenfall back to black in first six months of 2021