Renewables’ share of electricity generation rose 1.8 percentage points to a record-high 34.6% in 2019.

Wind and solar combined accounted for 17.6%, up 2.1 percentage points from 2018, and surpassed coal’s 14.6%, according to German thinktank Agora Energiewende and UK counterpart Sandbag.

Coal’s 24% drop in generation meant that GHG emissions from EU power plants fell by 120 million tonnes between 2018 and 2019 — down 12% year on year, the thinktanks stated. 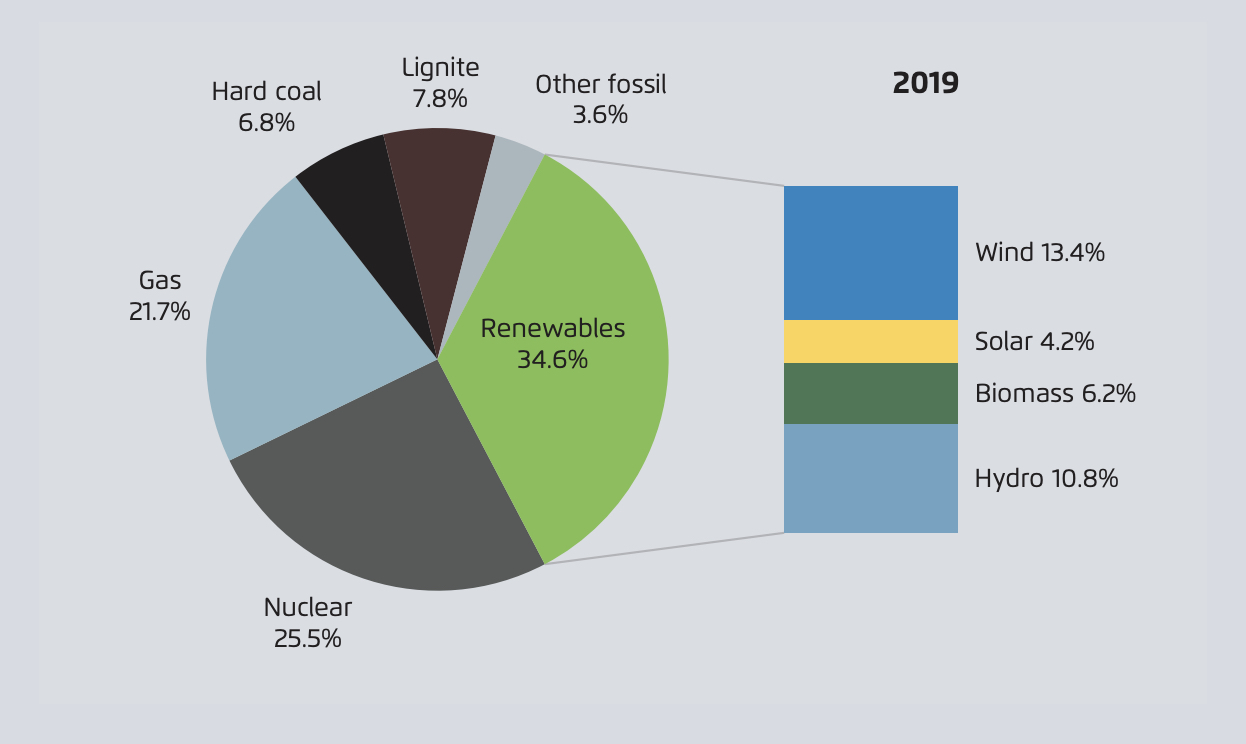 Countries like the UK, Ireland, and Spain, which have been more ambitious in expanding their wind and solar fleets, experienced the greatest drop in electricity market prices, as they are less dependent on imports, raw material costs and carbon prices.

“As a result, CO2 emissions from the electricity sector in the past year have fallen faster than ever.”

Wind generation increased 14% year on year due to favourable conditions and the 16.8GW of additional capacity across Europe in 2019. Production from solar rose 7%.

By comparison, drought meant hydropower output fell by more than 6% and also hit generation from nuclear, which needs water for cooling.

All EU member states, except the Czech Republic, saw a growing share of solar and wind power in their electricity mix.

However, head of European energy policy at Agora Energiewende, Matthias Buck, warned the pace of expansion “must accelerate even further”.

By 2030, almost one-third of total energy in the EU must come from renewables, which would require generation to increase by at least 33% from 2019 levels, the thinktanks added.

All EU countries with coal plants recorded a drop in its share of electricity generation in 2019, the research bodies noted.

Electricity generated by hard coal-fired power stations fell by 32% across Europe, while lignite-based electricity output was down 16%.

Coal’s collapse was triggered by an increase in the price of CO2 emissions to about €25/tonne, the wonk units added.

This increase came despite the EU Emissions Trading System (ETS) issuing about 300 million more permits for GHG emissions than were consumed in the energy, industrial and aviation sectors last year.

Agora Energiewende’s Buck said the ETS must reduce the number of issued permits faster than previously planned if it wants to deter fossil-fuel financing and encourage renewables investment.