Electricity generated by Belgian offshore wind farms will be used for electrolysis to split water into oxygen and hydrogen.

The hydrogen can then be used as an energy source for electricity, transport, heat and fuel, and as a raw material for industrial purposes.

The partners aim to build two prototypes before scaling up to a 300MW commercial-scale plant through their Hyport project, which would be built in the Port of Oostende's Plassendale 1 port area, 7km inland.

Belgium currently has 1.55GW of operational offshore wind capacity, according to Windpower Intelligence, the research and data division of Windpower Monthly.

It is due to have 2.26GW online by the end of the year, and the country’s marine spatial plan envisages 4GW by 2030.

Despite the increase in generation, wind turbine production peaks rarely coincide with consumer demand peaks. This creates a need to store the excess energy to be used at different times.

Storing energy in hydrogen could make more efficient use of excess electricity (see below), the project partners argued. 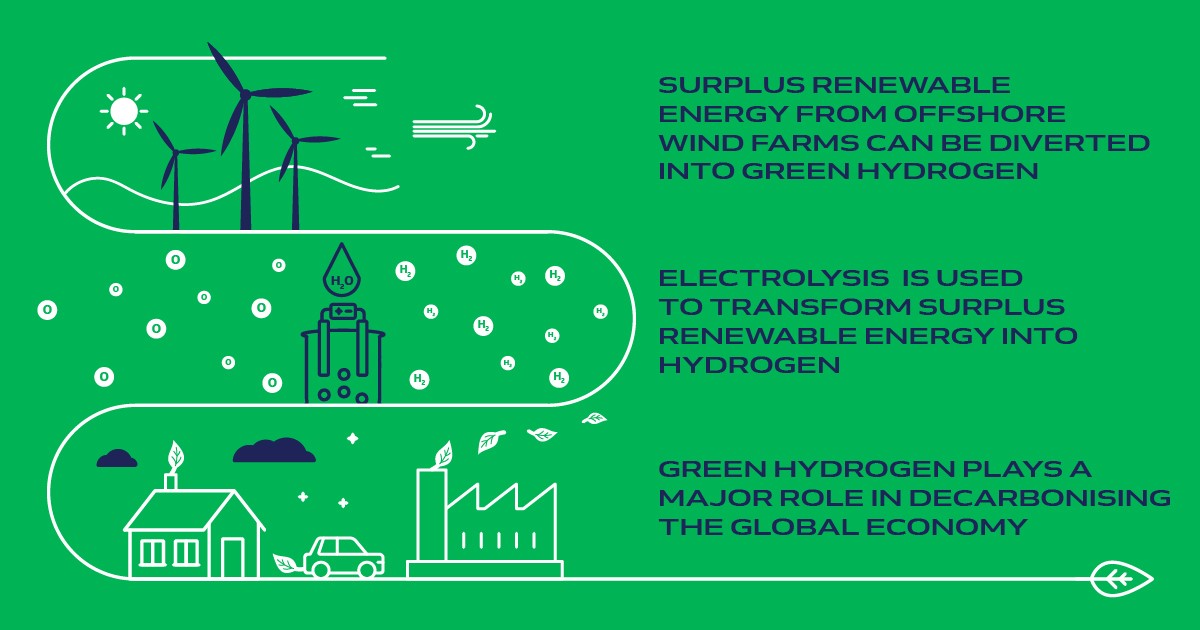 Along with the Port of Oostende and PMV, an independent investment company set up by the Flemish government, Deme will first explore the general feasibility of the project, enabling the partners to draw up a development plan.

They hope to build two pilot projects include a mobile shore-based generator — meaning it could be moved between locations — and a second with an electrolyser of around 50MW.

Roll-out of the 300MW commercial-scale hydrogen plant is planned to start by 2022, before commissioning by 2025.

The Hyport project is one of several large-scale wind-to-gas projects planned for commissioning in the next few years.

Tennet, Gasunie Deutschland and Tyssengas intend to convert output from offshore wind farms in the North Sea to either hydrogen or methane in lower Saxony, Germany.

Meanwhile, grid operators Amprion and OGE plan to build a 100MW renewable-energy-to-gas plant, which would also be in Lower Saxony.