And as pressure to tackle the climate crisis and reduce carbon emissions grows, wind and solar are predicted to continue growing ahead of all other renewable technologies.

In 2018, several organisations reported that wind had acquired "mainstream technology" status, undercutting most other generation technologies on cost.

Last year saw that process being consolidated, and the fall in generation costs continues.

Not only is the hardware becoming cheaper, but investors’ confidence in the ability of wind energy to deliver is growing, and this is reflected in lower financing costs.

"Zero subsidy" wind contracts are becoming more common, although most projects still rely on some form of contractual guarantees, even if they do not require subsidies.

This is perhaps inevitable, as the capital-intensive nature of wind means that investors need the assurance of long-term contracts.

The same is true of most other renewable-energy technologies and, of course, nuclear.

In recent months, with growing concerns over the impacts of global warming, the need to reduce carbon-dioxide (CO2) emissions has been pushed up the political agenda, and wind has a substantial part to play in the decarbonisation process.

Nevertheless, in two of the largest emitters of CO2 — the US and China — the future of wind is perhaps less secure than elsewhere.

Prospects for wind in the US and China 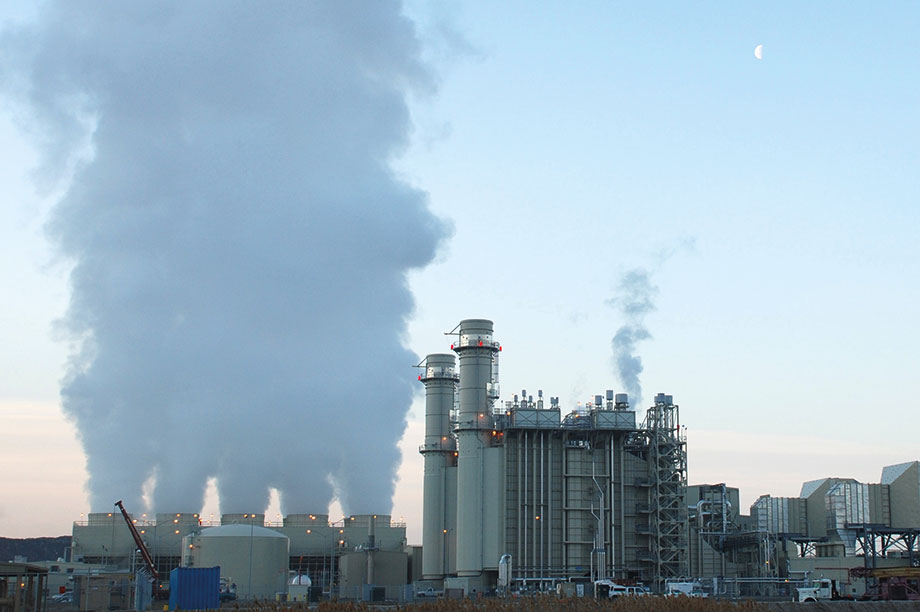 In the US, the price of gas has been zigzagging downwards for several years, but eased up slightly in 2018.

In the first nine months of 2019, however, the trend reversed, if only slightly.

Projections from the Energy Information Administration (EIA) of the US Department of Energy suggest gas prices will rise under most scenarios, but this is no guarantee.

The average price of gas at one of the major hubs is now such that — making an allowance for the delivery cost to electricity producers — gas-fired electricity can be produced for about $34/MWh.

Wind, at the average installed cost of $1,350/kW, can only compete with this at a site with a mean wind speed of 9m/s.

Such high wind speeds are rare and tend to be confined to mountainous regions, where costs are above the average.

For the time being, the future of wind in the US is safeguarded by the federal production tax credit. Some states, such as California and New York, have their own policy mechanisms to promote wind; while the cost of gas in some areas is above the average.

In China, the main competitor to wind is coal-fired generation, but the cost difference is quite small. One analysis by authors from two Swedish and two Chinese institutions suggests solar generation is already competitive with coal in 22% of China’s cities.

The same is likely to be true for wind, as generation costs for the two renewable technologies are currently very similar in most places.

As a result of the improved economics, the Chinese Renewable Energy Centre has put forward a scenario where solar and wind power expand further in the next ten years.

The US DoE, in its International Energy Outlook, envisages less rapid growth, but both sources suggest that solar, wind and hydro will together account for roughly half of China’s electricity generation by 2050.

On a global scale, there are numerous projections of the way in which wind and solar will grow, and the data shown in the capacity-projections chart, below, are typical of the more cautious estimates.

The US-government’s Energy Information Administration (EIA) suggests wind will develop at a slightly slower rate up to 2040 — when the projection is almost identical to the IEA — and after that the rate of growth will slow slightly, to reach 2,400GW by 2050.

The development of solar — in terms of energy generation — is expected to be similar to that of wind, with some authorities suggesting a slightly higher growth rate, some less.

As solar has a lower capacity factor than wind, its installed capacity will be higher.

The IEA expects solar to overtake wind in terms of installed capacity around 2020 and then grow to 3,100GW by 2040.

Most authorities expect the contributions from solar and wind to be similar, with the EIA predicting both will contribute around 5,000TWh to global electricity by 2040.

BP, in its Energy Outlook, expects wind to contribute just under 14% of world electricity generation by 2040, slightly more than solar.

Costs for wind are falling quickly

One of the factors that will influence the rate at which wind energy develops is the generation cost.

Recent financial reports from three major manufacturers suggest that onshore turbine selling prices are continuing to fall and are now around $800/kW — roughly $100/kW cheaper than the level reported by the Lawrence Berkeley National Laboratory in its annual review.

Allowing for a small decrease in balance-of-plant costs to $550/kW, this suggests that the average installed cost is now around $1,350/kW.

There will always be outliers at both ends of the scale, but the aim is to encompass the majority of installations.

Generation costs have been calculated using a weighted average cost of capital of 6%, for both offshore and onshore wind (lower than last year), reflecting increased investor confidence.

With these assumptions, the graph below shows that, even at a site with a fairly low annual mean wind speed — 6m/s, say, — onshore generation costs are likely to be in the $51-61/kWh range.

A low-wind speed site would probably be in uncomplicated terrain and so the "high" onshore installed cost would not be appropriate.

At the average installed cost and a good, but not exceptional, wind speed of 7.5m/s, the generation cost is $43/MWh.

If installed costs are high, that is likely to reflect the difficulties of building in complex terrain, where the reward is better wind speeds. At 8m/s the generation cost is $48/MWh.

Offshore costs are more difficult to pin down, as they are falling rapidly and developers are factoring these lower costs into their bids for wind projects to be commissioned in 2023 and beyond.

The IEA’s Offshore Wind Outlook 2019, suggested that the 2018 installed cost for offshore wind farms was $3,300/kW and, allowing $700/kW for a transmission connection, this puts the current average around $4,000/kW.

The lowest near-term installed cost reported recently is around $2,700/kW, and in the interests of symmetry, a "high end" cost of $5,300/kW is used. 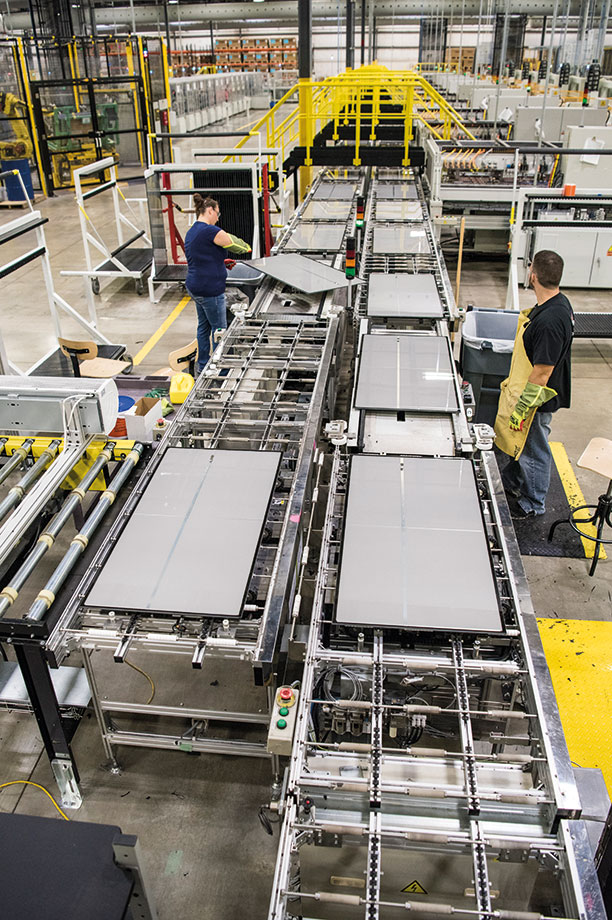 There is now little to choose between the generation costs of wind and photovoltaics.

In some locations wind is cheaper, in others solar PV.

The projections of future expansion, as discussed earlier, are frequently similar, which suggests that the cost similarities are likely to continue.

Solar thermal is a more complex technology than solar photovoltaics and costs are only falling slowly.

Several of the projections for future energy from renewables do not mention it explicitly.

There have been no significant developments in conventional nuclear power during the year.

The IEA’s World Energy Outlook suggests total worldwide capacity will increase slowly, to 482GW by 2040, from 420GW at present.

As series production is likely to be rare, there will be few opportunities for "learning by doing" which has benefited wind over the past 30 years.

Generation costs, as a result, are unlikely to move significantly from the current level of around $100/MWh or more.

An article appeared in Forbes magazine last January asking whether nuclear fusion was at last coming within our grasp.

However, the writer concluded, "we should not hold our breath just yet". Fusion is perhaps the ultimate renewable-energy technology, with an abundant, non-polluting, resource — hydrogen atoms — and the promise of almost limitless energy.

The downside is that it requires mimicking the behaviour of the sun, which is costly and requires plasma at about 5,000°C to be contained.

Expensive research is under way at various locations, and work is inching forward, but whether or not a viable reactor can be commissioned by 2050 seems an open question.

Fusion does not appear as an option up to 2040 in the IEA’s World Energy Outlook.

In some respects, tidal energy is at the opposite end of the spectrum from the nuclear technologies inasmuch as the technology is essentially well-tried and tested — but energy costs are high.

Although tidal stream technology — harnessing the energy in flowing rivers — is likely to make a small contribution to the energy mix, the prize is tidal barrages, which hold out the promise of large-scale generation.

Although barrages are straightforward to construct and have a long life, they are expensive and this, coupled with low load factors of the installations, means that electricity costs are high.

The UK-based Guardian newspaper reported in February 2019 that the company behind a project in Swansea Bay in Wales was exploring the prospects for proceeding independently of government.

It might be possible to obtain finance at low cost, given the relatively low risks of the project.

Wave energy has been under investigation for nearly 50 years. At one time the UK government thought it would become the principal renewable-energy source, but despite research in the UK, Denmark, Portugal, Australia, the US and elsewhere, there have only been a few successful projects.

The difficulty with wave energy is the complexity needed to convert the random and oscillatory motion of the waves into a form suitable for electricity generation.

Tidal and wave energy are grouped together by the International Renewable Energy Agency, with a total of 529MW operational, worldwide, at the end of 2018, and very slow progress since 2011.

The IEA states: "Marine technologies hold great potential, but additional policy support is needed for [research, development and demonstration] to enable the cost reductions that come with the commissioning of larger commercial plants."

Total hydro capacity in 2019 was 1,300GW, and the IEA projection for 2040 sees a 50% increase. There is a wide range of generating costs, depending on the size of the installation and on the available head of water. It is likely to play a useful, but modest, role in delivering carbon-free energy.

The best sites can deliver electricity at $40/MWh or less, but these are few in number, and the availability of suitable sites is the main obstacle to faster growth. The technology itself is basically straightforward, similar to that used for tidal barrages.

There are just over 13GW of geothermal plant generating electricity, worldwide, growing only slowly. Although there are "hotspots" where steam comes to the surface at a sufficiently high temperature for use in steam-turbine generators, that resource is modest.

The UK and other countries have pursued a programme of deep drilling for "hot rocks", but the expenses involved are such that commercial generation is not yet feasible.

On the other hand, geothermal heating — utilising more modest temperatures — is used in numerous locations and is likely to make a useful contribution to the energy transition.

Biopower — the use of biomass for electricity generation — is a straightforward technology, with a wide variety of fuels, but generally expensive.

Although some low generation costs are reported, the EIA quotes the US average as $92/MWh. An IEA projection suggests generation will double from its current level to around 1,200TWh by 2030 — about a quarter of the production from wind.

The costs of all the major technologies are compared in the chart below. As there are few operational projects for tidal and wave energy, these are not included, nor is nuclear fusion.

For the time being, wind and solar PV are likely to dominate the renewables landscape, possibly neck and neck, and it will be interesting to see how the race develops.