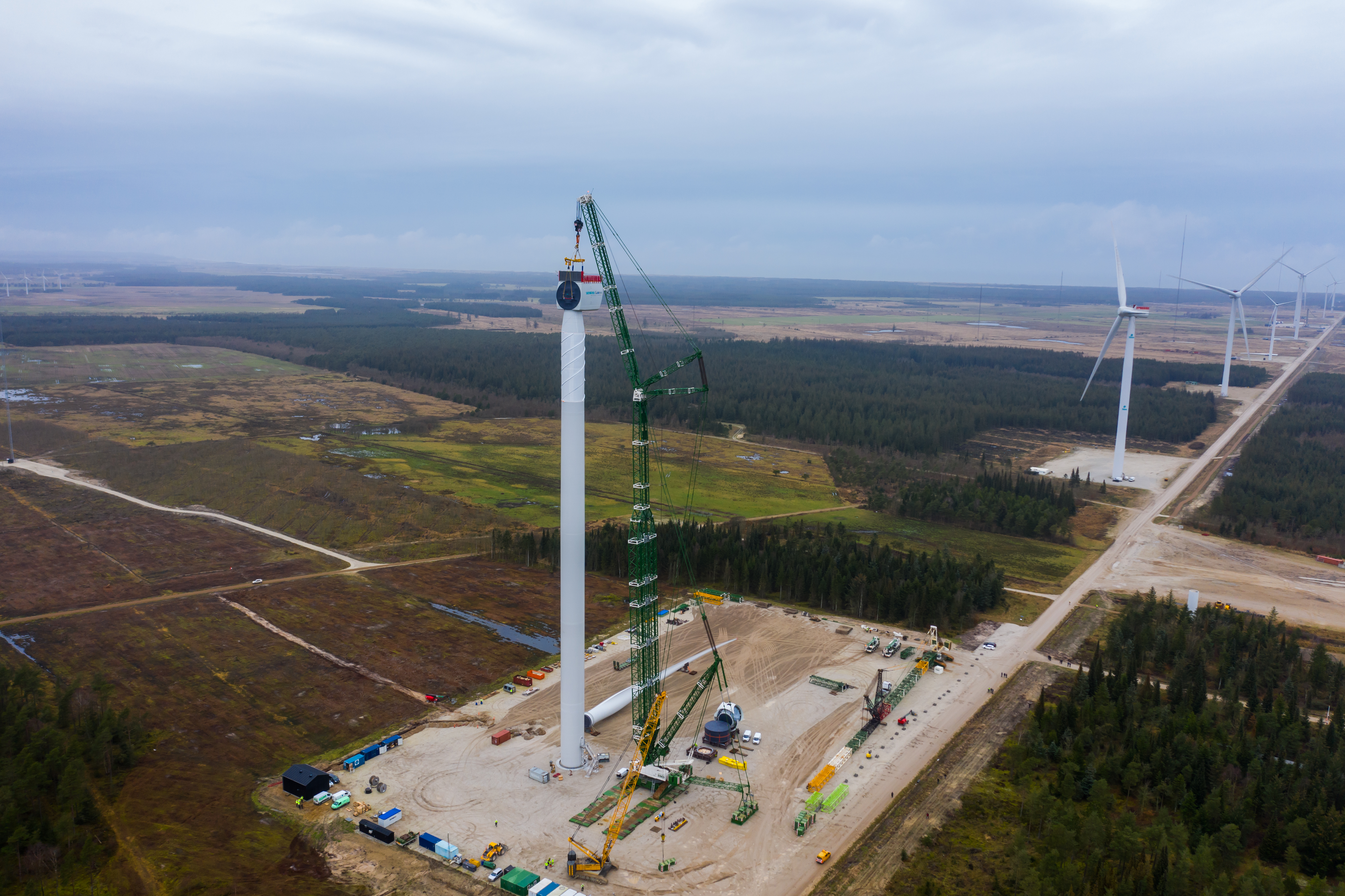 SGRE’s 11MW offshore turbine, "flexed" from its 10MW predecessor, has already accumulated the orders to match its sizeable frame.

The 180-tonne nacelle was lifted on to the 140-metre tower in January with the hub and blades set to follow when weather conditions allow.

Once the 93-metre C&GFRE blades are added, the whole structure will stretch to 230 metres in height, well above the 197-metre tip height of SGRE’s 7MW prototype still operating at Østerild.

Around 130 of the 11MW turbines will be installed at Vattenfall’s Hollandse Kust Zuid offshore wind zone in the Netherlands, not far from the Port of Rotterdam where GE is currently trialling its 12MW behemoth.