The data employed here reflects an early draft on recent performance, but it does give a strong indication of wind power’s current strongest markets.

Our full analysis of 2019’s worldwide installations will be published soon, but here we take a look at the countries showing the most promise.

We have combined expected installed capacity for 2019 and projects that are under construction and due online by the end of 2022 to show which markets are growing the fastest. 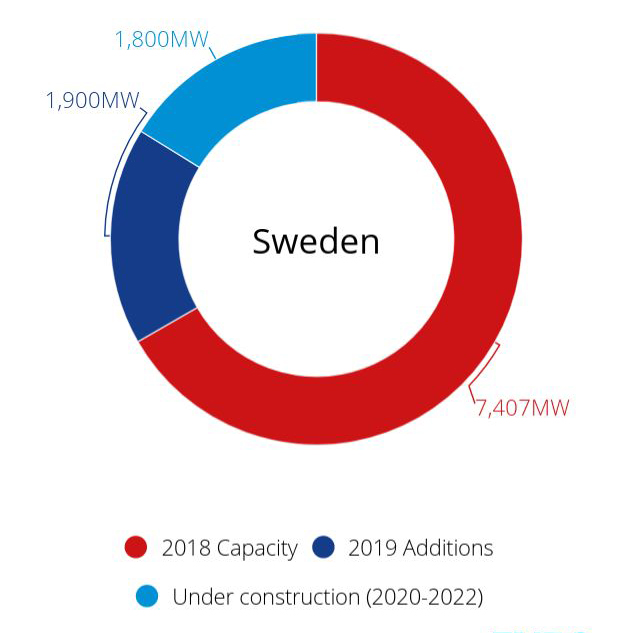 It is no surprise Sweden has suddenly exploded as the hot place to be for wind developers as we enter 2020.

It added almost 2GW of new capacity in 2019, on top of the nearly 7.5GW already operating.

An attractive and established support system that is due to expire in 2021, plus the corporate power purchase agreement (PPA) market coming of age in 2019, has encouraged developers and investors.

This means Sweden saw 25.7% growth even before taking into account the 1.88GW of capacity currently under construction — according to Windpower Intelligence — most of which will be added before the certificates-based scheme expires next year.

There are no plans to replace the support for onshore wind, so the pace of development is likely to slow in the medium term as the sector relies on private offtakers.

A framework to create a route to market for this capacity is now vital. 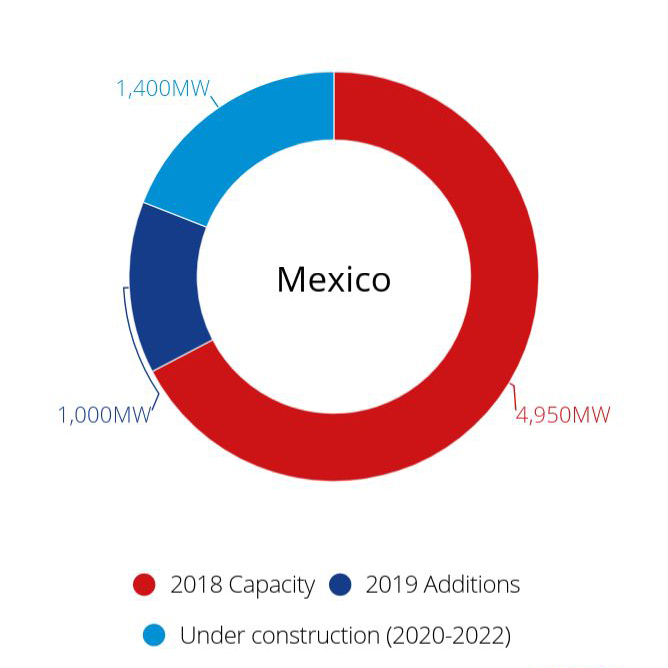 The investment case in Mexico has fallen following the cancellation of a renewable-energy tender in early 2019, and some political upheaval with the election of Andres Manuel Lopez Obrador as president in 2018.

However, projects that were financed before the new administration took office are now coming to fruition.

Installed capacity grew by around 20% last year, with a further 1.4GW under construction.

This would take Mexico’s total to just over 7GW.

It looks set to experience a plateau in new installations however, while the political landscape settles.

There are also reports that local and indigenous communities are not accessing the benefits wind projects can bring, meaning support for the sector is starting to wane. 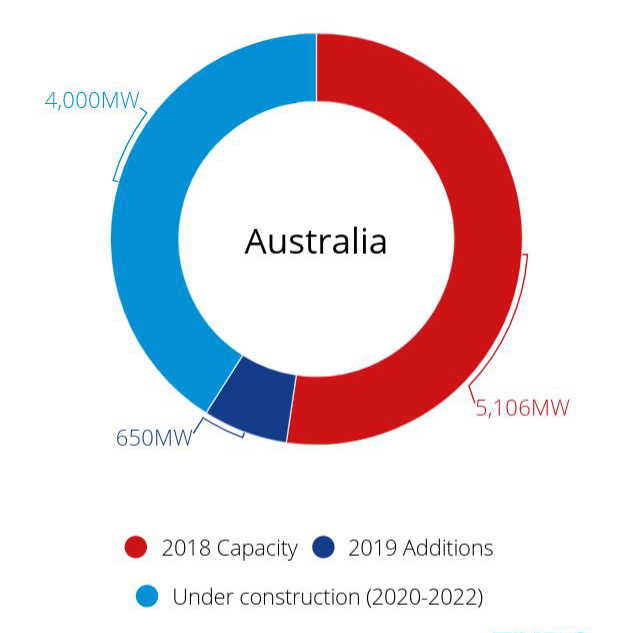 The heart-wrenching images coming out of the south-east of the country make for difficult viewing but should be used as a catalyst to spur even greater efforts from the wind industry to address the impacts of the climate emergency.

As a wind-energy market, Australia had a sturdy year, according to Windpower Intelligence figures, growing by around 13%.

However, with more than 4GW under construction, according to the database, there is plenty of hope that Australia could reach 10GW of installed capacity in the near term.

This could be revelatory for the market.

The added appetite for hybrid projects — in which Australia could be considered a leader — will only serve to further the cause for more wind capacity.

The subcontinent is fast becoming the testing ground for combined-technology projects. 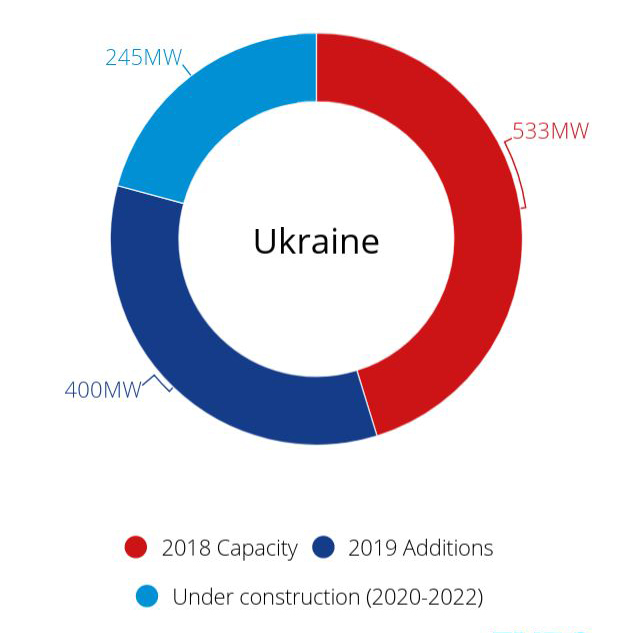 It was a bumper year for the eastern European country, adding around 400MW to its existing 533MW, according to Windpower Intelligence.

The 76% growth makes Ukraine one of the fastest growing markets in Europe in 2019.

A further 245MW is under construction, meaning the 1GW milestone is not far away.

But a proposal to cut the country’s high feed-in tariff rates has sent concerns of more upheaval through the industry and could put this momentum under threat. 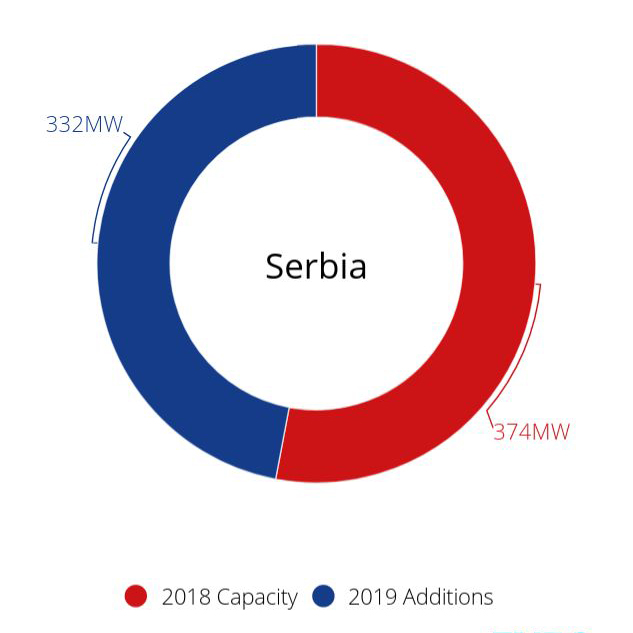 The south-east European country added 332MW in 2019, growing its — albeit quite small — wind base by 88% to more than 700MW, according to Windpower Intelligence’s Windicator.

There is currently no new capacity under construction registered on the Windpower Intelligence database.

Serbia’s ten-year energy plan suggests, however, it could see 1.49GW of operating wind capacity by 2024.