Repowering will increasingly be seen as an attractive option for developers to cut operation and maintenance (O&M) costs, and as subsidy cuts take effect and sites with good wind resources become harder to find, Wood Mackenzie said in a new analysis.

A main driver for China’s impending repowering boom will be the country’s aging wind fleet, with projects installed in 2007 turning 15 years old by 2023.

To date, repowering in China has been negligible, a Wood Mackenzie spokeswoman said, and the analysts expect only limited repowering activity in the near-term.

Wood Mackenzie forecasts just 334MW of projects to be repowered between 2019 and the end of 2022. 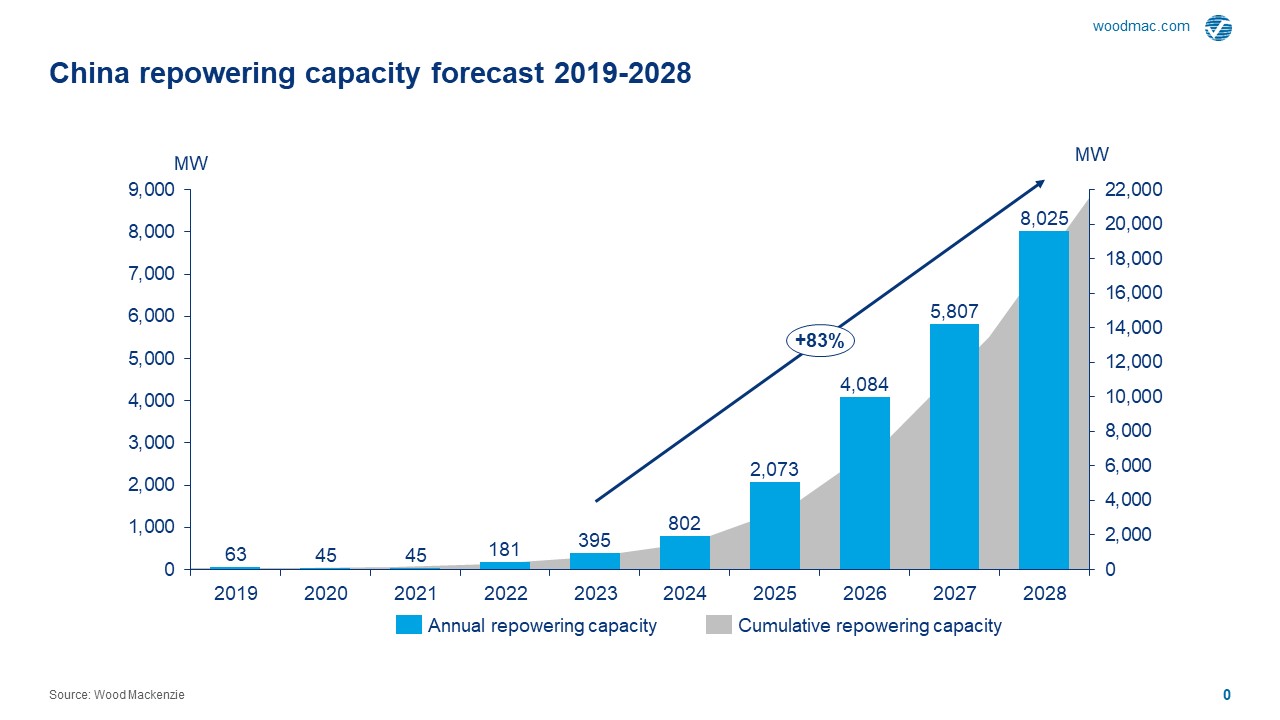 Wood Mackenzie explained that repowering will take off in 2023 because by then projects installed in 2007 — the start of a four-year installation boom in China — will be 15 years old.

China's 15-year-old wind farms are “generally ideal candidates for repowering” because their O&M costs are typically 50% higher than those for sites younger than five years, so operators may seek to use newer, more efficient turbines.

Most completely new projects after 2023 will be in regions with wind speeds below 6.5m/s offering an internal rate of return (IRR) of no more than 10%, Wood Mackenzie explained.

However, by repowering sites with wind speeds of 9-10m/s, operators could achieve an IRR of more than 15%.

The Chinese repowering market will be dominated by state-owned asset owners — which already hold more than 83% of operating wind assets — the analysts predicted.

They can better negotiate terms with local governments and grid operators on issues such as land-use rights and operating hours, he explained.

State-owned companies will have more than a 96% market share of repowering market in 2028, with the remainder mainly composed of private companies.

Han added that private companies will be more likely to exit the market when their turbines retire due to a low risk tolerance and lack of subsidies.

Wood Mackenzie said China currently lacks the policies to address challenges to the feasibility and profitability of repowering. However, it expects this policy vacuum to be filled in the 2020s.