Thank you for supporting Windpower Monthly during 2019. We will be taking a short break over the festive period but normal service will be resumed on 2 January 2020.

Meanwhile, take a look back at some of the biggest stories of the year. Here, in part 1, we take a look at the first half of 2019 covering January to June.

Part 2 will be published before the New Year, so make sure you check back to see what else happened in 2019.

Everyone at Windpower Monthly hopes you have a restful holidays and best wishes for 2020.

Vestas enters the supersize onshore sector with a bang, unveiling its 5.6MW EnVentus platform with 150- and 162-metre rotors, in an all-new modular medium-speed geared design package.

Modular construction would offer inherent benefits in the standardisation of main components and repetitive similar tasks with all the associated cost savings.

Argentina and Peru lead a list of seven countries, which are the fastest-growing wind markets from 2018, according to preliminary Windpower Intelligence data.

Norway and Belgium are the only European countries to feature, alongside Egypt, Vietnam, and Thailand.

It won't be the only OEM loss of the year.

GE Renewable Energy outlines the testing and validation programme for its 12MW Haliade-X offshore turbine, with the Port of Rotterdam selected for the installation of the first prototype.

The Haliade-X turbine will be trialled onshore in Maasvlakte, a man-made extension of the port and industrial facility to ease access for testing.

The Danish manufacturer said it would be "open to additional bolt-on opportunities to accelerate our growth strategy". Ultimately, however, no deal could be done and at the end of 2019 Suzlon's future remains uncertain.

Research from advisory firm IntelStor reveals that fewer than one of eight of the 1,200 turbine models offered for sale in the past 40 years made a profit.

Goldwind is the only OEM to have achieved a positive net return on capital for more than half the models it has produced. 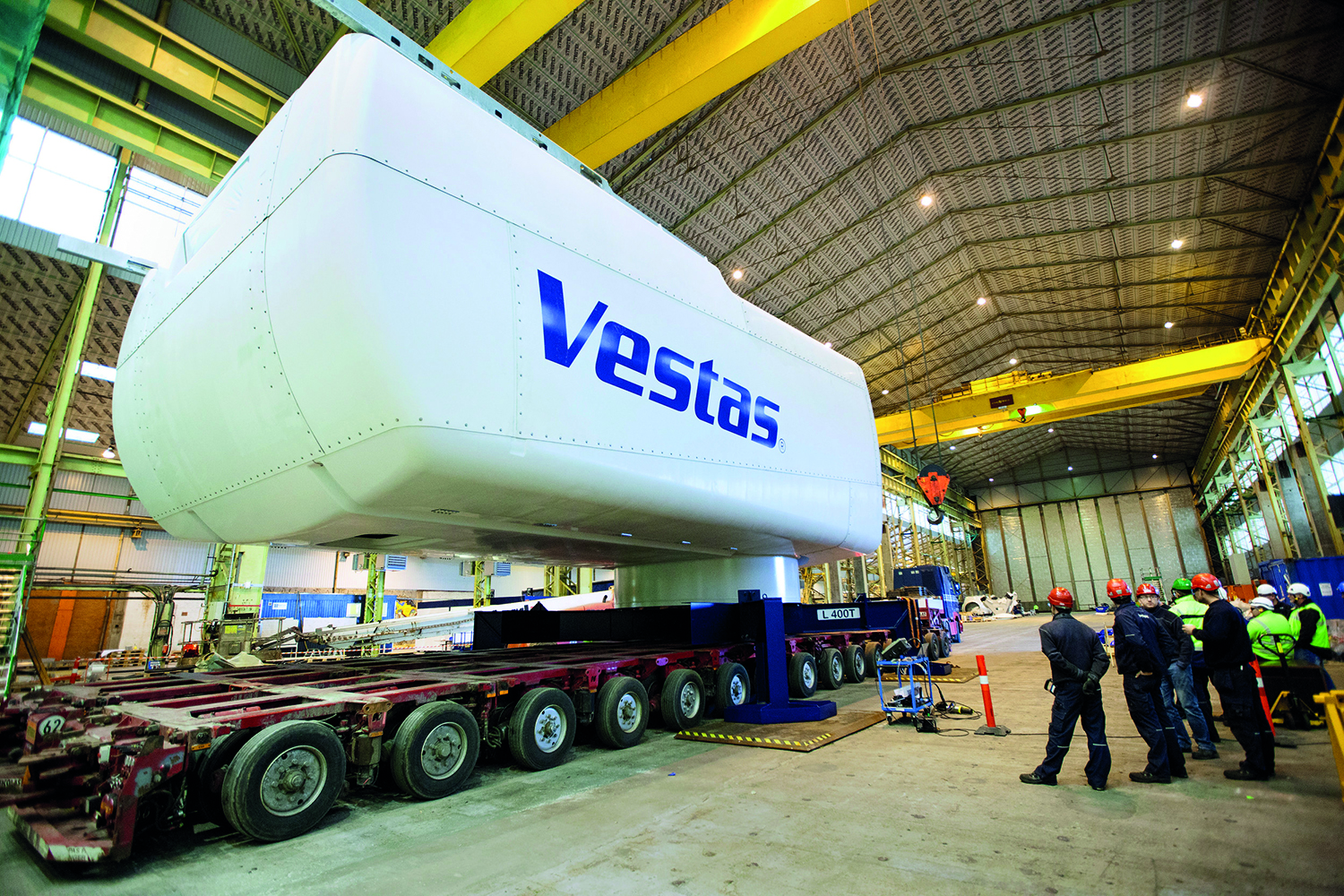 Vestas holds on to top spot in worldwide onshore installations for 2018, according to BloombergNEF research, accounting for 22.2% (10.9MW) of the year's new build.

However, GE Renewable Energy retakes the crown in the US.

The design comprises a tubular steel base with a suspended keel. The tetrahedral structure will be moored to the seabed by three anchor lines. It will be installed in 2020.

Enercon installs the first prototype of its new EP3 platform, a radical departure in terms of design and manufacturing processes from its previous practice. Our technology expert, Eize de Vries, went to the test site in north Holland to take a look.

The German manufacturer also hints towards entering the 5MW class, using technology acquired in its takeover of Dutch OEM Lagerwey in 2017.

Vestas installs its first V150-4.2MW low-wind turbine, a model that might already be considered obsolescent with the announcement of its EnVentus platform (above).

Nordex pushes its Delta4000 platform into the 5MW-plus category, offering a range of site-specific ratings, and using a new gearbox to achieve the higher rating.

The German OEM also reveals a financial loss of €83.9 million for 2018 indicating the tightening of belts.

The UK government signs a sector deal with the offshore wind industry that aims for 30GW of capacity by 2030.

Enercon is adapting to challenges in its home market by targeting new markets and solutions for sector coupling and storage, says managing director Hans-Dieter Kettwig.

Pointing to the dramatic fall of installations in Germany, Kettwig presciently says "it will be clear to everyone what such a sharp reduction will mean for component suppliers and market players in Germany".

A newly-completed project in Martinique requires the transport of the seven turbines, and their 49-metre blades, up to the mountain site.

This is easier said than done and makes for some spectacular video footage.

One of many key decisions to make was a specific consideration on the maximum width for the new blade, so the same number of moulds could still fit into existing manufacturing halls, representing a big cost saving.

Vestas announces that CEO Anders Runevad will stand down on 1 August 2019, to be replaced by board member Henrik Andersen, who is also the CEO of coatings supplier Hempel.

Meanwhile, falling turbine prices over the last two years squeezed the manufacturer's Q1 pre-tax profits, which were down 75%.

Nordex adds to its Delta4000 platform with a new model, which has a power rating of 4.5MW and rotor diameter of 155 metres.

Target markets include "much of the US, Latin America, South Africa and south-east Asia", the firm adds.

The firm believes the ultra-thin modules could reduce turbines' energy consumption during periods of low wind. 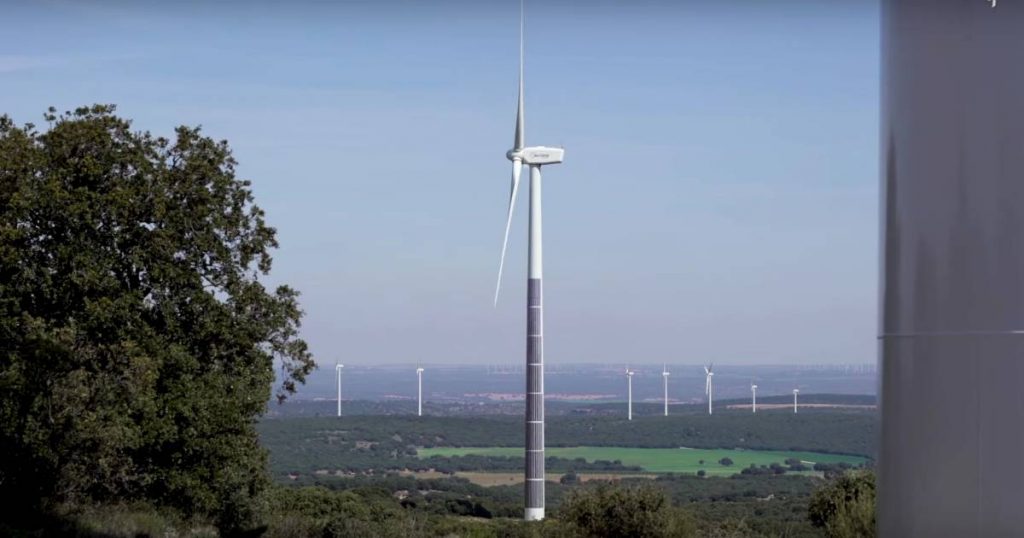 The unit will be untethered from its parent company and spun off in a public listing, due to take place before September 2020.

Danielle Merfeld, CTO at GE Renewable Energy, tells Windpower Monthly how the manufacturer could benefit from its parent conglomerate's research and development division.

Merfeld also points to cost synergies from GE's aviation, automation and healthcare divisions as potential game-changers for the OEM.

Vestas acquires a majority stake in the up-to 700MW Winterbourne wind farm in Australia, which is part of a larger 4GW renewable hybrid energy project.

It is the Danish OEM's largest known investment in owning and developing a wind farm.

Check back after Christmas to find out what else happened in 2019.

If you wish to partner with Windpower Monthly in 2020, you can find out more details here.